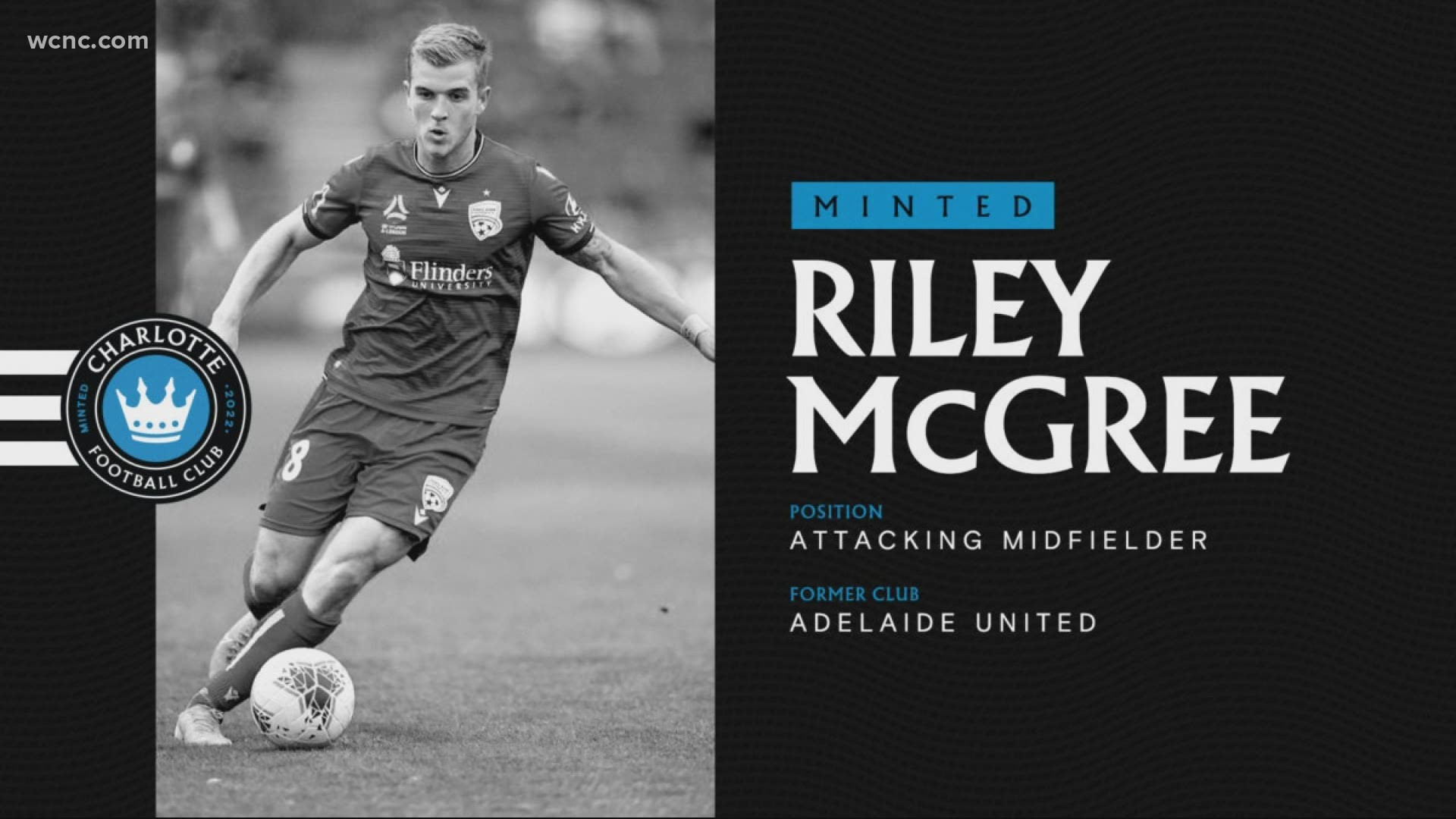 "Riley is a young international player who has already proven to be an impressive goal scorer,” said Charlotte FC Sporting Director Zoran Krneta.

McGree will help the franchise make its MLS debut in 2022, and will spend this season on loan to Birmingham FC of the English Football League Championship.

The left-footed McGree has 26 goals in 89 matches and has made 71 starts.

He is most known for his "scorpion kick" while playing for the Newcastle Jets.

"We are building our team with young talent that matches the aggressive style of play, and intensity in the game, that our fans will love to watch."

McGree signs with Charlotte as a transfer from Adelaide United of Australia's A-League, and captained Australia's U23 side.

“Riley has a unique profile for a midfielder,” says Charlotte FC Director of Scouting Thomas Schaling. “The goal scoring ability in his game is obvious."

Originally scheduled to debut in 2021, Charlotte FC will not play until 2022 because of the COVID-19 pandemic, and will play its home games at Bank of America Stadium.