Every Gardner-Webb football player is now registered to vote

Team had 100 percent participation from its 115 players 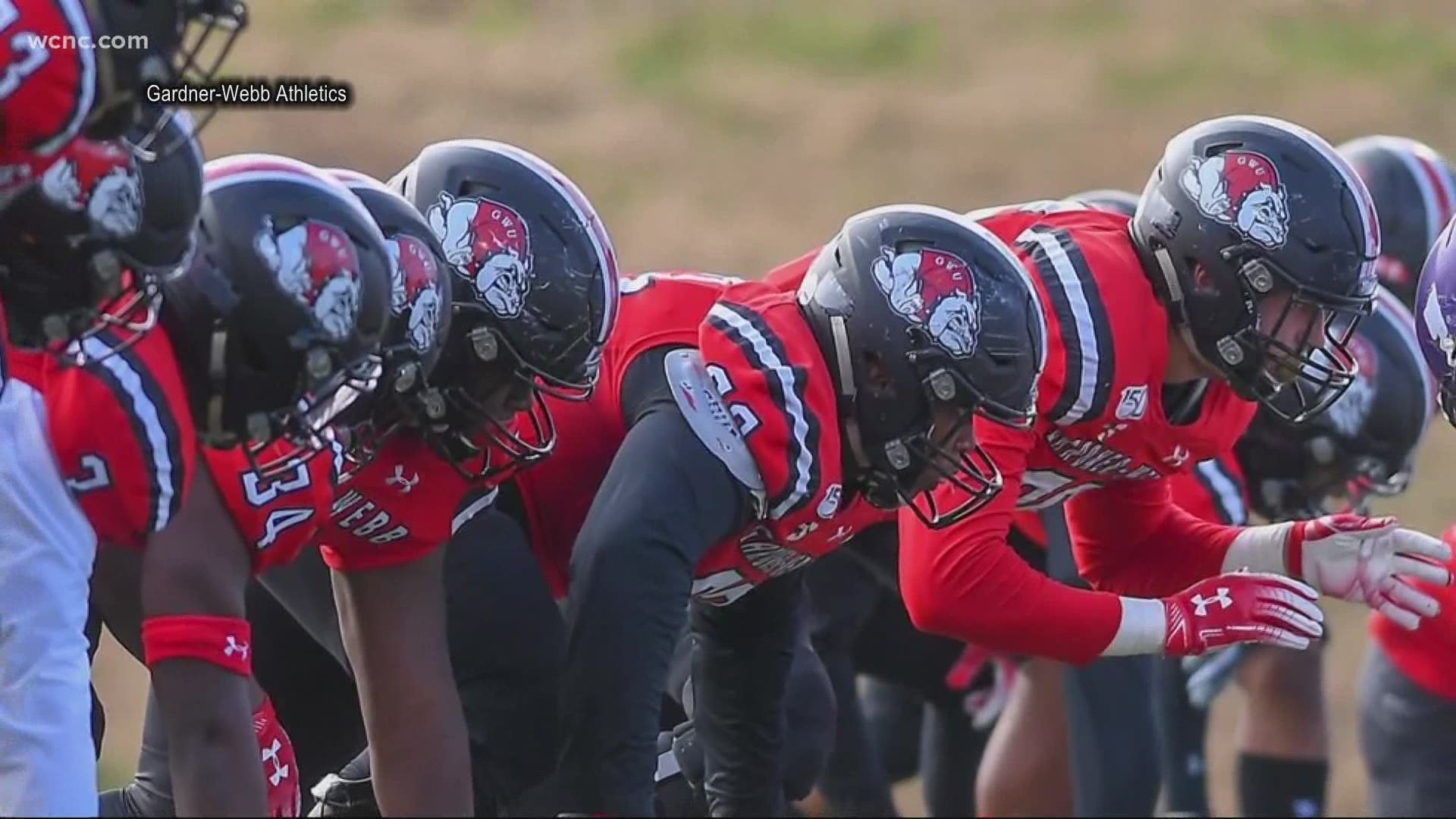 BOILING SPRINGS, N.C. — Gardner-Webb hired Tre Lamb to be its coach last December. He has no idea when he'll lead his team on to the field for the first time -- and it seems like they've gone through ten years in the last ten months.

"Just this week there's been things that I've dealt with you never thought would come across your desk on a Monday or Tuesday during the Fall," said Lamb. We're supposed to be game planning."

The Runnin' Bulldogs were supposed to open the season Thursday against Limestone, but the Big South Conference suspended Fall football with hopes to play in the Spring.

Gardner-Webb can play up to four non-conference games in the Fall, but is stil taking health risks in to account.

"I want these guys to know that they can trust me first and foremost," Lamb said. "I genuinely care about you, your health and your families."

Lamb's goal is to keep the team together as a unit as much as possible.

They have non-padded practices, and have fun events like Madden video game tournaments. But the coaching staff also came up with a constructive way to use their time.

Register to vote. With no political agenda pushed.

"What I wanted them to know is somebody at some point fought for your right to vote," said Lamb. "Don't let that go to waste."

All 115 players on the team are now registered, and will have Nov. 3 off to vote.

"A lot of guys our age might not think voting is not that important," said transfer QB Tayvon Bowers, "so we're harping on the point that voting is very important and it's a way for your voice to be heard."

The team also made its voice heard earlier this week when players and coaches marched across campus to call attention to social injustices.

"It was very powerful to see everyone of different backgrounds Black, white didn't matter," Bowers said. "It was really nice to see Coach Lamb give a nice speech. I know that meant a lot to the guys on our team."

Lamb added: "It's very humbling, I haven't been through some of the things that some of these guys have. These guys just want to be heard. And I'm giving them the platform to do that."