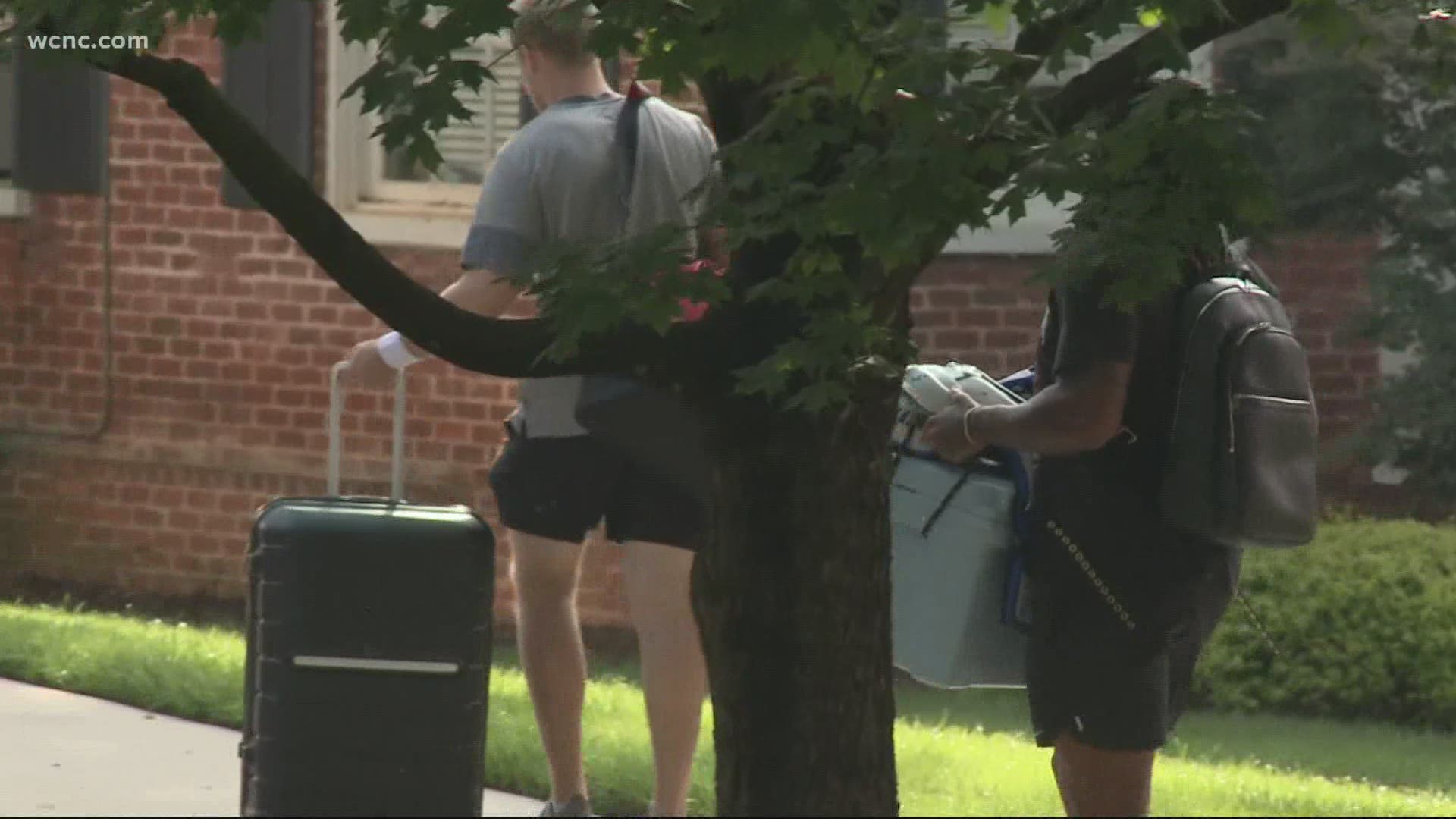 SPARTANBURG, S.C. — The Carolina Panthers will arrive for NFL Training Camp at Wofford College in South Carolina for the first time in two years on Tuesday.

For many players and coaches, that will mean adjusting to the extreme heat and humidity.

Temperatures are expected to reach the mid to upper 90s on Wednesday, Thursday and Friday with a heat index of 106 degrees.

In 2020, the Panthers trained at their Uptown Charlotte facility, which includes an indoor bubble.

Everything in Spartanburg will be outdoors.

While those in attendance and participating in practice are burning up, here are five burning questions for the team as they enter camp.

5. Joey Slye is the kicker, but is his job safe?

Kickers jobs aren't safe for very long in the NFL, with only a few exceptions.

But Slye was one of the best kickers at booting the ball through the opponent's endzone, with a 87.7% touchback rate on kickoffs.

Carolina brought several kickers to minicamp to compete with Slye, but it seems his job is safe, until it isn't.

Replacing future Hall-of-Famer Luke Kuechly wasn't going to be easy, but Tahir Whitehead didn't get the job done in 2020.

The veteran pickup was often out of place in run defense, and even when he was in position, could not make tackles.

This year, free-agent signee Denzel Perryman will wear the same number (52) but hopefully not draw as much of the fanbase's ire.

When healthy with the Chargers, Perryman was a heavy-hitter and productive tackler.

RELATED: Jermaine Carter Jr., a hit at the end of Panthers season

Carolina did not retain veteran Tre Boston, after two seasons in his second stint with the team saw him snag four interceptions.

Last year's NFL Rookie of the Year candidate Jeremy Chinn, who played linebacker in 2020, will make safety his permanent position.

Veteran Juston Burris returns after 12 starts in 2020. Second-year players Sam Franklin and Kenny Robinson could be counted on as well.

But the team could make a move before the season at the position.

Carolina brought veteran Ha-Ha Clinton Dix in for minicamp earlier in the summer.

The team locked up the right side of the offensive line for the next handful of years, getting a long-term extension done with Taylor Moton an hour before the deadline to do so.

But left tackle is unsolved.

Veteran Cameron Erving is a former first-round pick who has bounced around teams and played other positions. Former second-round pick Greg Little has an uphill climb to stick around in Carolina beyond this year or even beyond training camp.

Trent Scott and Dennis Daley have played the position for the Panthers, and the team spent a third-round pick on Brady Christensen, who can also play inside.

Simply put: the Panthers hope someone steps up in to the starting role by the season opener, instead of having to pick one of these names from a hat.

Those who think the Panthers will do well this year, also think Sam Darnold can be a good NFL quarterback.

After three dismal seasons with a dismal franchise (Jets), Darnold is in a better situation in Carolina.

The former USC Trojan is still only 24, and has the talent and athleticism.

But some question whether his three seasons in New York that saw him throw 45 touchdowns and 39 interceptions, and post a 78.6 rating can be solved.

We might find out rather quickly who Sam Darnold really is in Carolina, and that starts in training camp, where there are two sets of joint practices against opposing defenses (Colts, Ravens).