Hornets create their own "bubble" in Charlotte 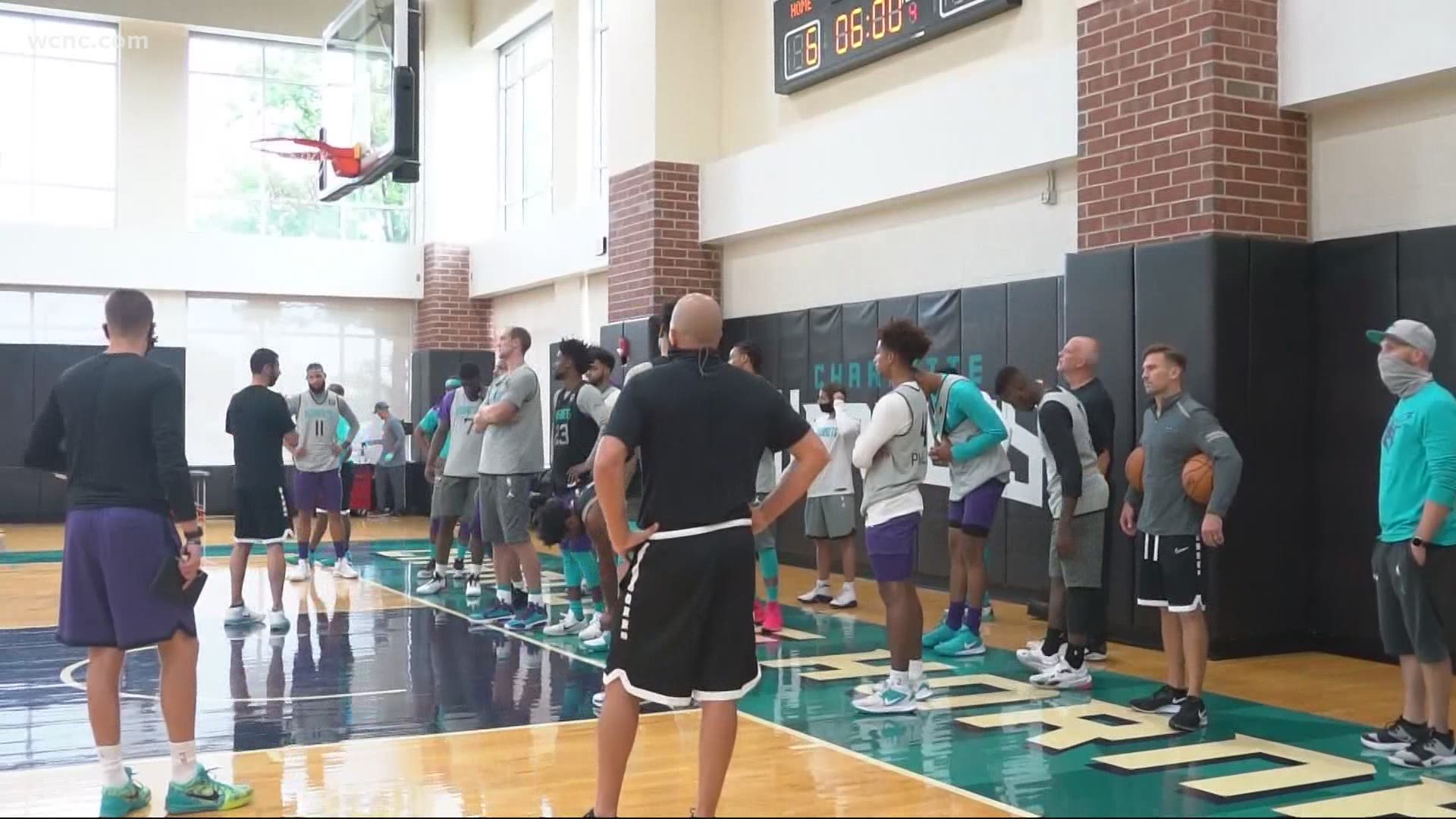 CHARLOTTE, N.C. — After a six-month layoff, the Charlotte Hornets are practicing together as a team for the first time since March.

The 8 teams not invited to the NBA "bubble" in Orlanda, Fla., are now allowed to establish the same type of environment in their home market.

The Hornets stay at the same hotel, are tested daily for COVID-19 and practice as a team at Spectrum Center.

This will be what the Hornets do for the next few weeks, but there are more unknowns afterwards.

Though the NBA has established a draft date of Nov. 18, there is no start date set for the next season, but it will not begin until January at the earliest.

"We're just enjoying the moment. It's a very fluid situation," Borrego said. "I give our organization a ton of credit just for putting it together. Our guys have really embraced that."

The #Hornets are getting good at basketball again in their in-market bubble. But not golf, apparently. pic.twitter.com/jddAwkh5BH

Charlotte's young roster made a strong push towards what would be the end of their season, culminating in a win at the Miami Heat, which is now one win away from the NBA Finals.

"We were on a roll," said point guard Devonte' Graham. "We were playing well together and sharing the ball. Defensively we started to get our rotations down."