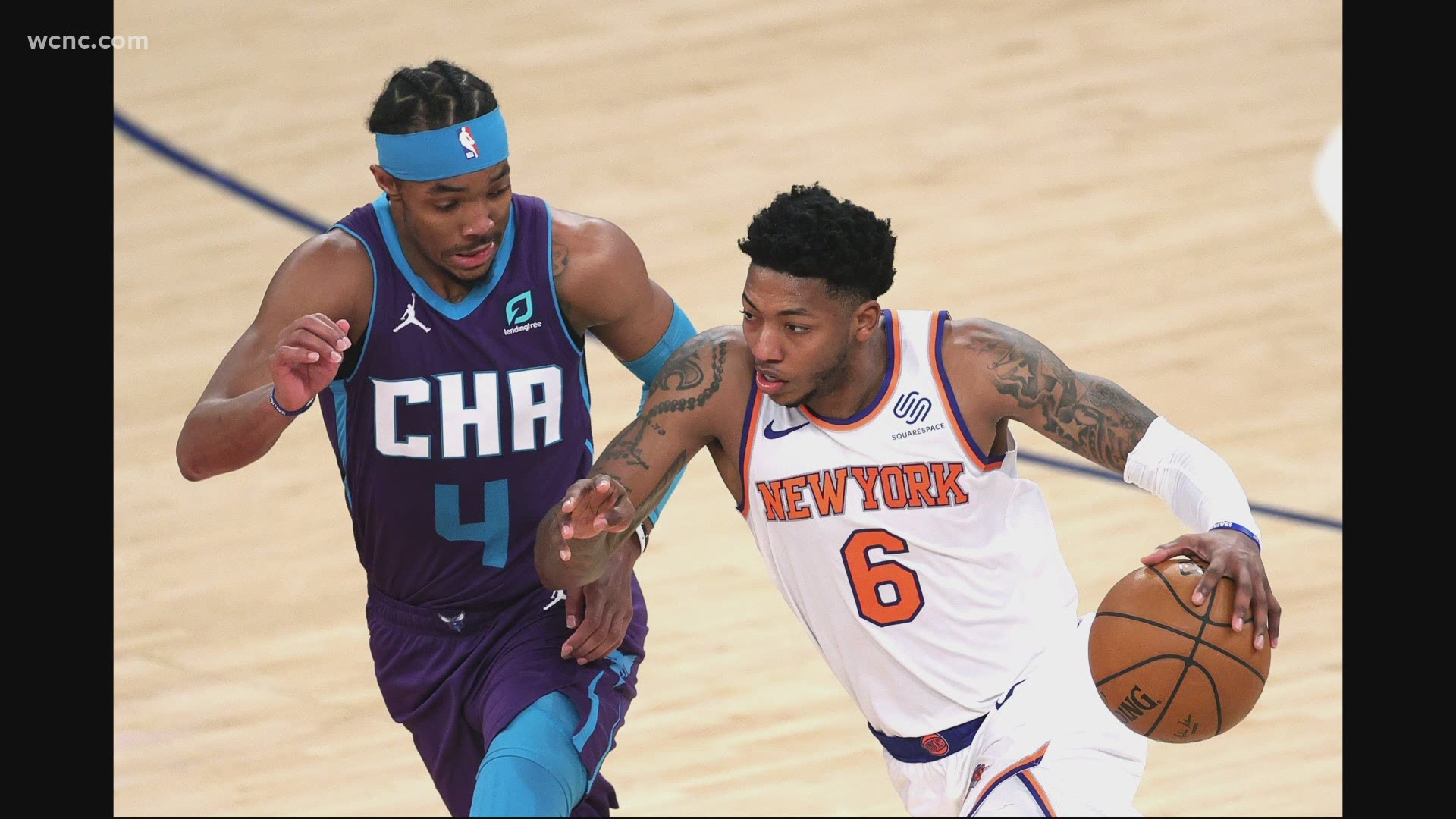 CHARLOTTE, N.C. — Charlotte Hornets rookie LaMelo Ball spoke to the media for the first time since his wrist injury on Tuesday, a day after getting his cast removed.

The 19-year-old fractured his right wrist on March 20 at the LA Clippers.

"Right when it happened, I thought it was a sprain so I wanted to finish the game out," Ball said. "But it started to irritate me more and more. I still didn't think it was broken."

But the Hornets announced April 19 that the fracture had healed, Ball's cast was removed, and he started individual basketball activities.

Ball will now work to regain flexibility in his wrist and shooting hand.

ESPN's Adrian Wojnarowski reported that there is optimism Ball could return in 7-10 days, helping the Hornets close out the season and make a playoff run.

Ball did not give a potential timeline for his return.

There’s optimism that LaMelo Ball could be ready to return to the lineup in 7-10 days, source tells ESPN. https://t.co/i3and2SLWf

Currently the Hornets are in eighth place in the Eastern Conference with a 28-28 record.

"We've got a competitive team," said Ball. "I figured we'd hang in there. We have a lot of talented players. We are all playing for each other."

Charlotte plays at the New York Knicks on Tuesday night.