Charlotte missing most of its key players in the loss 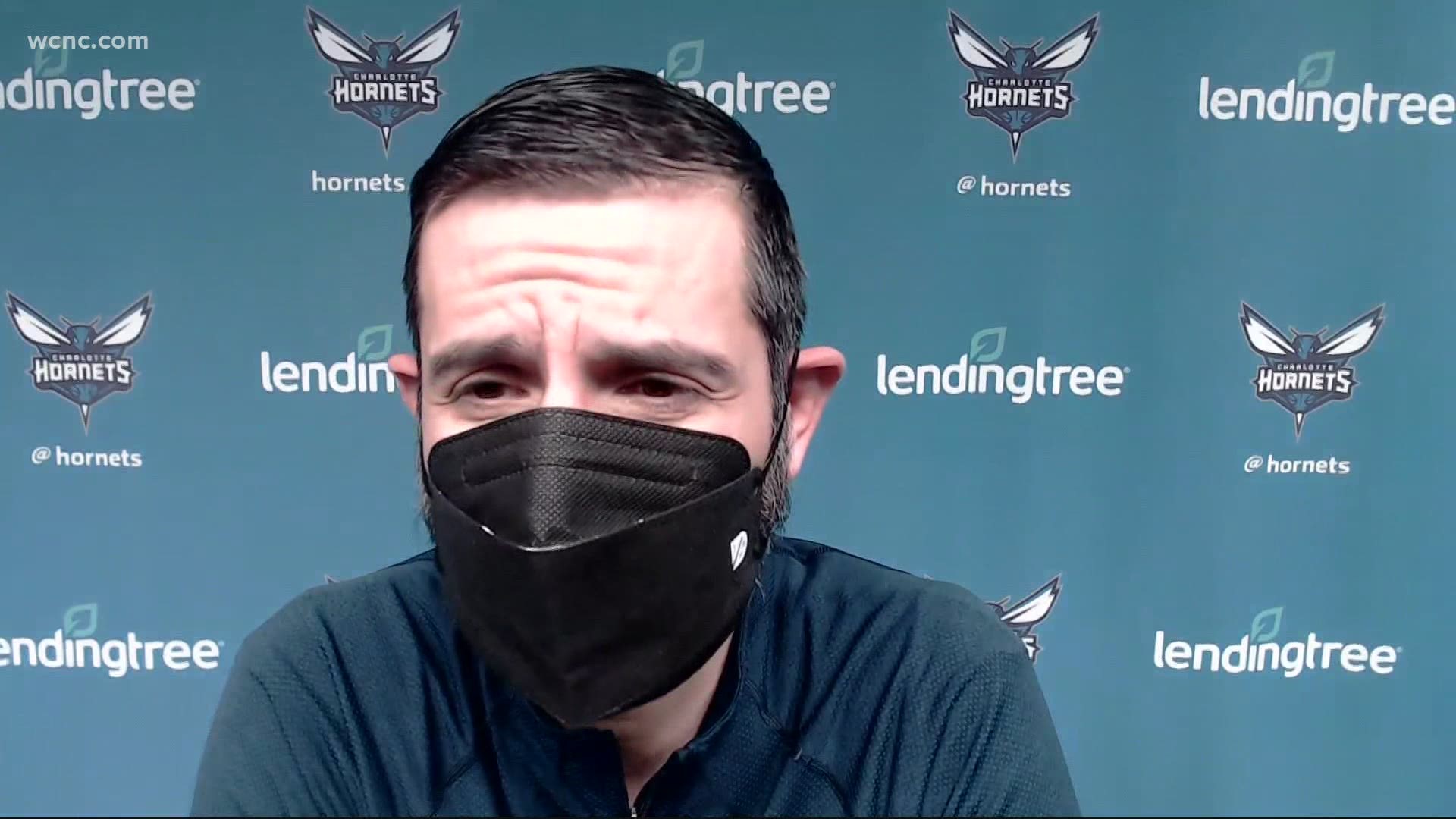 CHARLOTTE, N.C. — Kyle Kuzma scored 24 points, and the Los Angeles Lakers held on for a 101-93 win Tuesday night against a Charlotte Hornets team missing five of its six top scorers.

Dennis Schroder added 19 points and Andre Drummond chipped in with 12 rebounds for the Lakers, who closed out a seven-game road trip with a 4-3 record.

Devonte' Graham led the Hornets with 19 points. Caleb Martin had 17 points and 10 rebounds. The Hornets had 43.4% shooting.

Already without key contributors LaMelo Ball, Gordon Hayward and Malik Monk, the team found out ahead of the game that starters Terry Rozier and P.J. Washington would also be unavailable.

They're back around 7th-8th place now.

"I thought we played hard," Charlotte coach James Borrego said. "They competed. We had the ball, down one, that's all you can ask for in that situation."

Charlotte looks to bounce back and break a two-game losing streak at home against Cleveland on Wednesday.