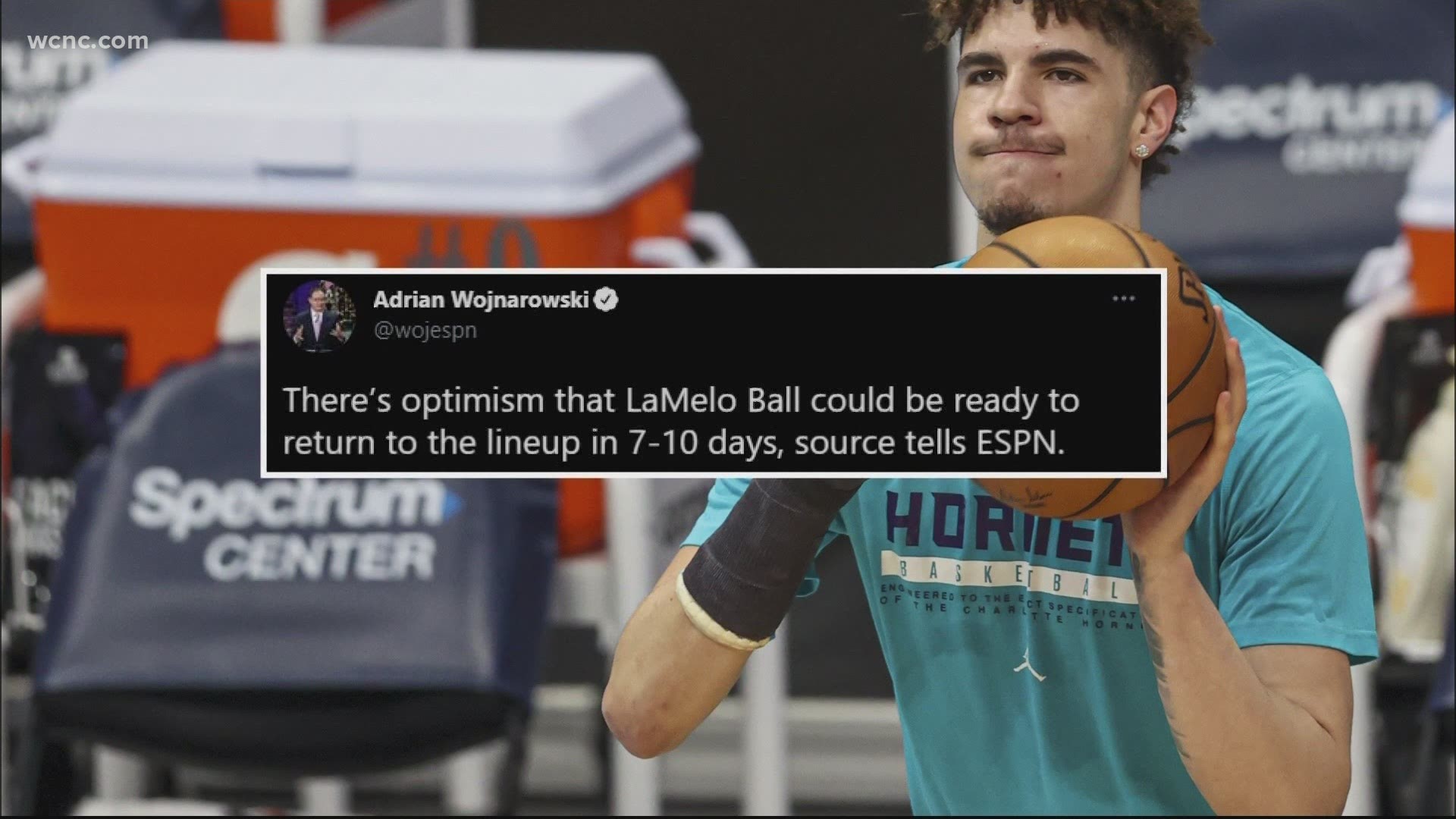 CHARLOTTE, N.C. — The Charlotte Hornets announced Monday night that rookie LaMelo Ball's wrist fracture has healed, and he has been cleared to return to individual basketball activity.

The 19-year-old point guard underwent a CT scan upon the removal of a cast from his right wrist, which provided the promising news.

Ball fractured his right wrist March 20 at the LA Clippers.

ESPN's Adrian Wojnarowski reports there is optimism the rookie could return to the lineup in 7-10 days.

Ball underwent further evaluation on his right wrist today at The Hospital for Special Surgery in New York City.

Ball’s cast was removed and a CT scan confirmed the wrist has healed.

He has been cleared to return to individual basketball activity.

There’s optimism that LaMelo Ball could be ready to return to the lineup in 7-10 days, source tells ESPN. https://t.co/i3and2SLWf

He ranks first among rookies in assists and steals, second in scoring and is tied for second in rebounds despite the missed time.

Ball was the Eastern Conference Rookie of the Month in January, February and March.