Phil Mickelson leads after first round of Wells Fargo Championship

Lefty shoots a 7-under, 64 as he seeks his first victory at Quail Hollow Club 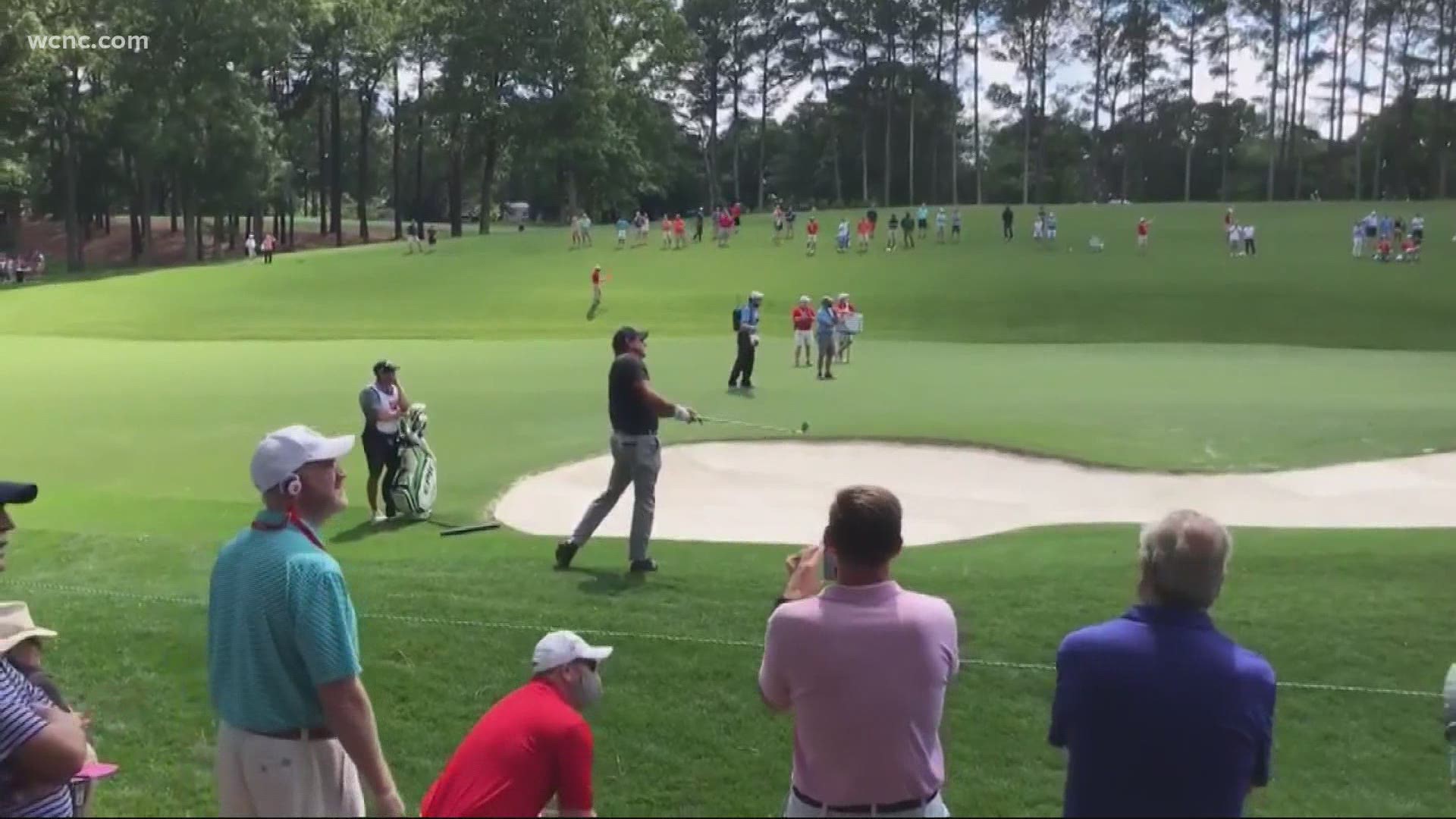 CHARLOTTE, N.C. — Phil Mickelson didn't have any trouble focusing at Quail Hollow. He opened with eight birdies and a 64 for a two-shot lead in the Wells Fargo Championship.

That was Mickelson's lowest score since a 63 last June at the Travelers Championship.

Keegan Bradley and K.H. Lee were two shots behind.

Mickelson had said after missing the cut last week he was having trouble keeping his concentration.

It helped to be on a course he loves.

And it helped having fun with everyman Joel Dahmen in his group.

Mickelson has gone nine months since he last finished in the top 20.

The fifty-year-old owns 44 PGA Tour victories, but has never won the Wells Fargo Championship, despite playing the tournament 17-consecutive times.