There will still be a Major League Soccer component as part of the plan with the Charlotte FC Elite Academy headquarters slated for the land. 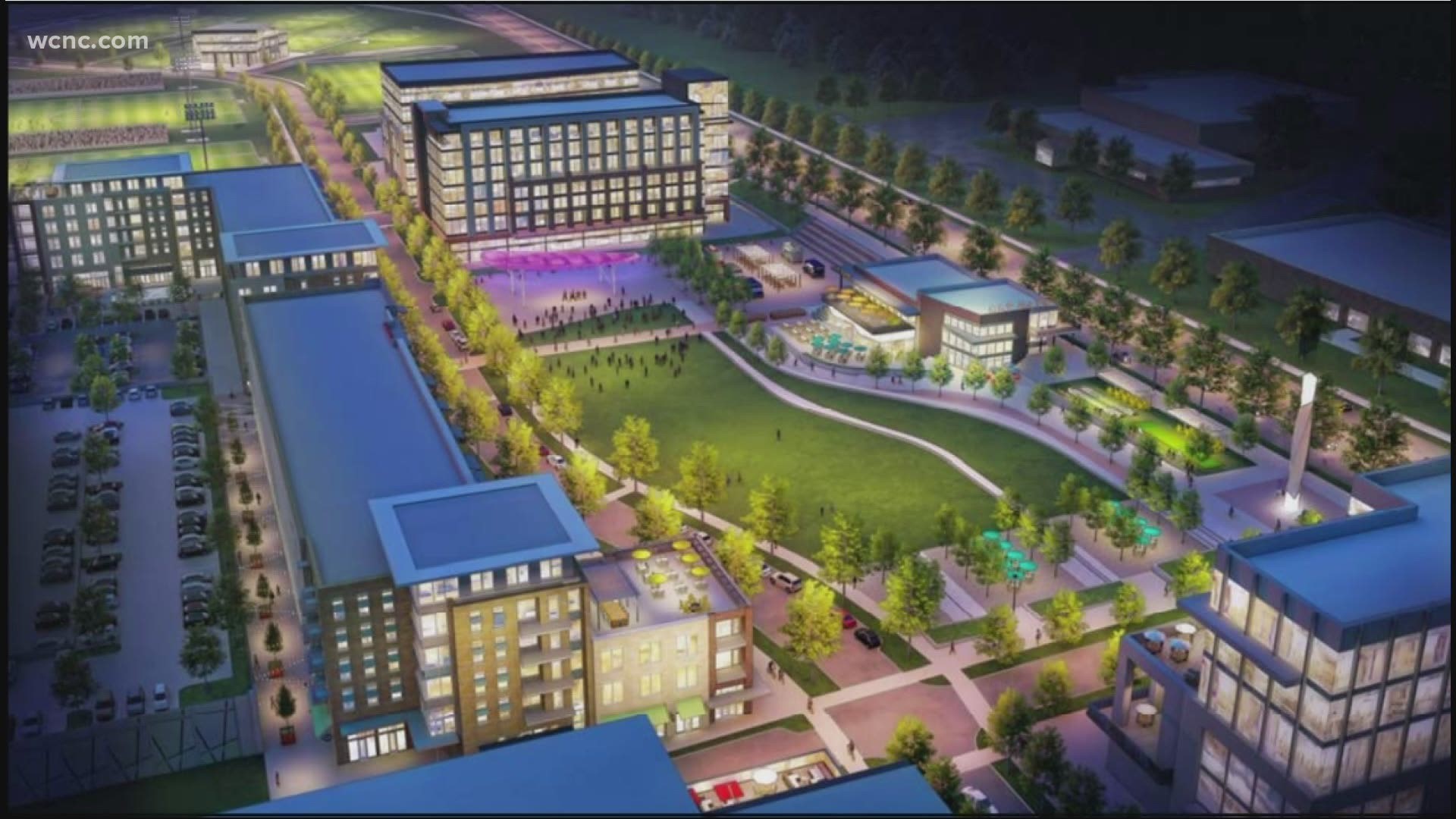 CHARLOTTE, N.C. — The headquarters for Charlotte’s new Major League Soccer team is no longer part of the plan for the former Eastland Mall site.

The academy will include training, tournaments, and camps. It will also be a place for Charlotte FC, international clubs, and national teams to hold open practices. The academy will allow for community use of the fields, in addition to camps, clinics, festivals, and other events operated by Tepper Sports.

"I can't help but think that this development here has a little bit of something for everyone, and at the same time, a whole lot of something for the entire city of Charlotte,” said Matt Newton, representing district 5, at the council meeting.

James Mitchell, Jr., an at-large councilmember, praised the development as a way to bring together the international community of Charlotte.

“We have checked almost every box and included arts and community and the local community building,” Mitchell said. “I guess the point I’m trying to make is when we engage with our community, we’re committed to a vision. We want to make sure the residents of district 5 feel very special with what we’re going to put out there.”

However, the owner of the Island Grocery near the former Eastland Mall site wasn’t as excited to hear about the change of plans.

"We were excited to have a different, you know, business coming there that would support this plaza, and to help in this area to bring back this area,” said Caroline, the owner of Island Grocery. "So, we are kind of disappointed to know that they're, you know, changing what they intended to bring here before."

The City of Charlotte was originally going to provide $110 million in hospitality funds to Tepper Sports for Eastland and Uptown development. Now that number is down to $35 million, with $10 million going to Eastland and $25 million to Uptown.

City Council is expected to vote on this plan on Nov. 9. There is no word at this time where the Charlotte FC headquarters will move.