“I would be very surprised at this point if Charlotte doesn’t get franchise 30,” Sports Illustrated’s Grant Wahl told NBC Charlotte. 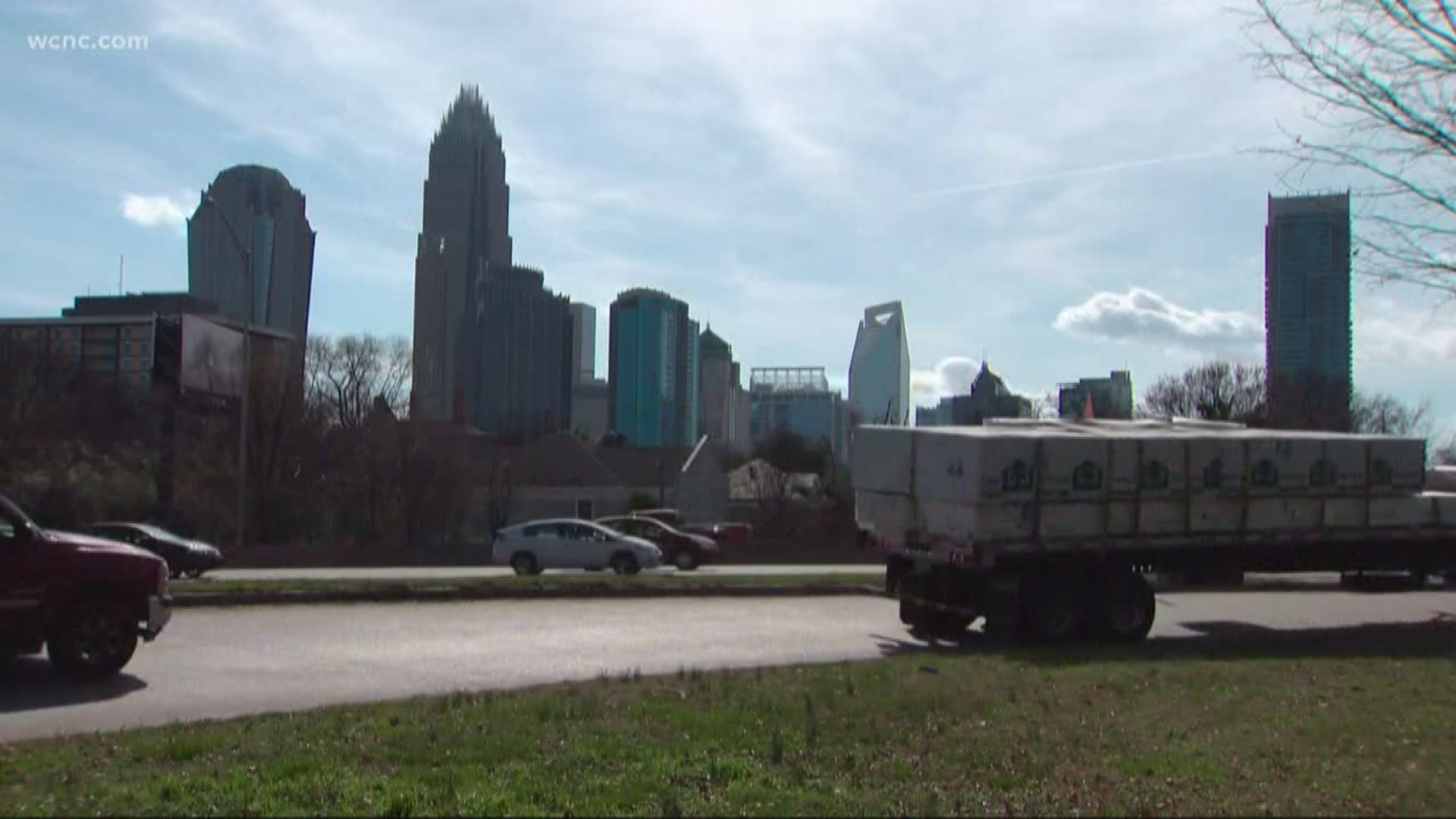 CHARLOTTE, N.C. — Buy your tickets, your kits, and your scarves.

The MLS is almost surely coming to Charlotte, experts say.

League commissioner Don Garber said at his recent yearly address, that “Charlotte has done a lot of work to move their bid to the front of the line” ahead of Phoenix and Las Vegas for the MLS’ 30th franchise.

“I would be very surprised at this point if Charlotte doesn’t get franchise 30,” Sports Illustrated’s Grant Wahl told NBC Charlotte.

Because of Panthers owner David Tepper’s recent push, and his $12 billion fortune, Major League Soccer to Charlotte, perhaps as soon as 2021, seems like a sure thing.

But so does a request for public money from Tepper.

Spanberg says Tepper may seek at least $100 million from the city for MLS-friendly renovations to Bank of America Stadium like a new entrance tunnel and new locker room space. He also plans to build a team headquarters at the Eastland Mall site.

RELATED: Tepper says MLS decision could come by end of 2019

“They would take money from existing tourism tax revenue,” Spanberg said. “I’m sure as with most of these things there will be some debate.”

The city council is expected to grant Tepper’s wish in early December soon after it’s sworn in.

But then what about Tepper’s plans to build a brand new building to replace Bank of America Stadium in the next 10 years? That’s something he has said multiple times he will seek public assistance in funding.

“It’s going to be with the city,” Tepper said at Panthers training camp in July. “We can’t do stuff by ourselves.”

A new NFL stadium, which would also host the MLS team, would cost at least $1 billion.

“You know that conversation is coming,” said Spanberg, “and I think that is going to be a sticking point for some people, we’re going to have to invest twice, why do we have to do this?”

City leaders are already wondering how their constituents would feel about that.

“We’re going to know their broader sentiments, and we’re going to know what they value and what kind of return they’re looking for,” said council member Tariq Bokhari. “And I think that’s going to be an important part of the process.”

Tepper has indicated that he would be willing to foot some of the bill for a new stadium. In Atlanta, Falcons owner Arthur Blank did that with his new stadium, with the city pitching in about $200 million.

Wahl said it would be Tepper paying the expected, and record-breaking $300 million MLS expansion fee to bring a team to Charlotte.

“I think Tepper clearly from what Garber said,” Wahl said, “is the reason that this is looking to happen.”

RELATED: Report: Charlotte 'very much in play' for MLS expansion as opposing group plans $1.9B stadium

Many local politicians are excited about the possibility of at least 17 more home games on Mint St.

“I think our city is ready for any major sport we can have,” Charlotte Mayor Vi Lyles recently said. “I think we could fill this stadium with soccer fans, football fans and every other kind of fan.”

“If we’re lucky enough in the city to get MLS in our own backyard, and the deal is right, I think that we’re going to see a really positive impact from it,” added Bokhari.

That impact will rely on fan interest and support.

“There’s a lot of people right now that are ready to buy them,” said Jackson. “I don’t think that selling season tickets is going to be an issue. I think the excitement level is there.”