Report: Charlotte 'very much in play' for MLS expansion as opposing group plans $1.9B stadium

Panthers owner David Tepper has made it clear he wants to see Major League Soccer in Charlotte but now he's facing serious competition. 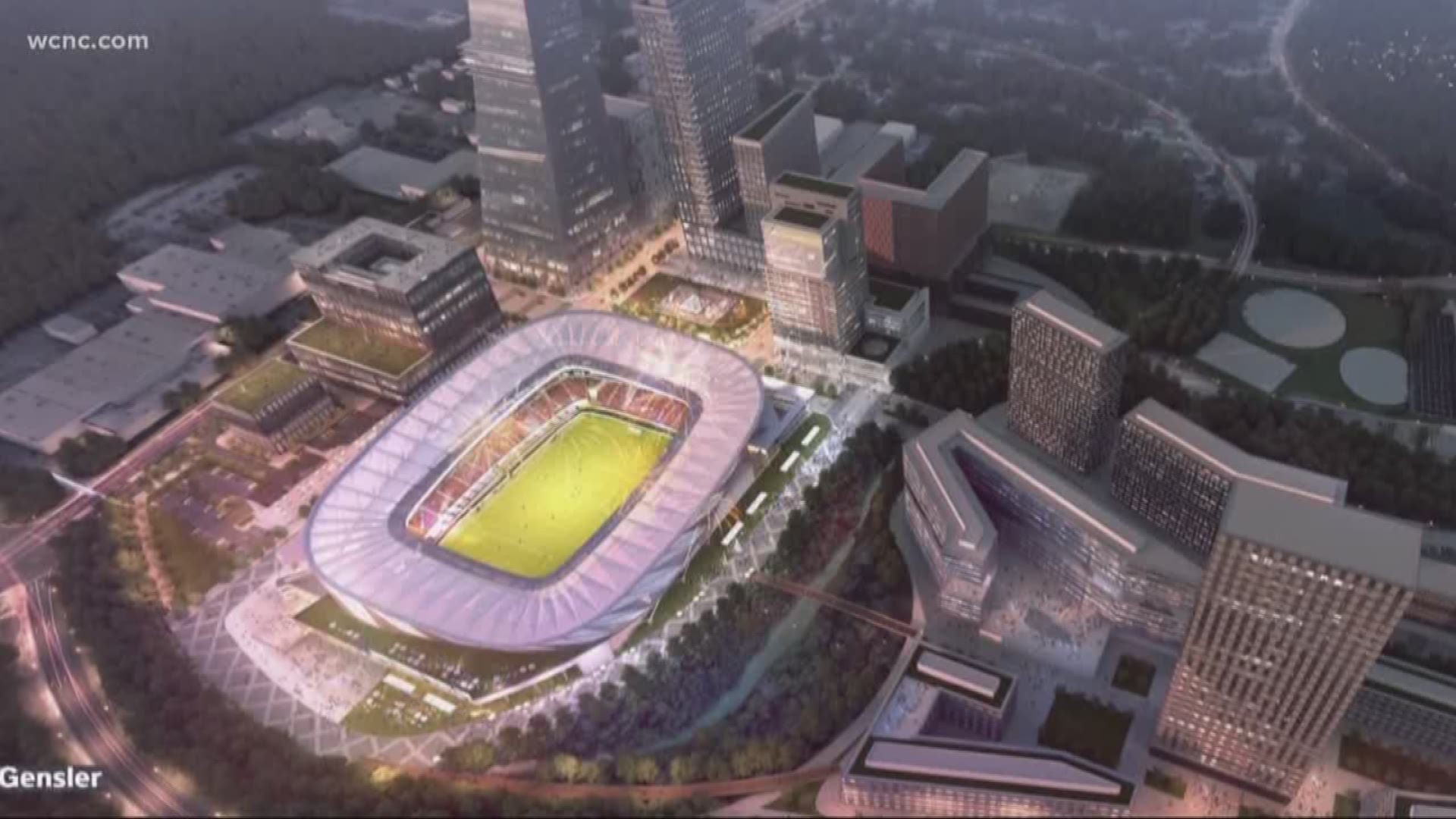 CHARLOTTE, N.C. — The competition for a Major League Soccer team in the Carolinas is heating up after a pair of prominent businessmen revealed a plan for a 20,000 seat stadium in downtown Raleigh.

The project was unveiled the same day Sports Illustrated released an article saying that Charlotte is "very much in play" as MLS considers expansion. The man at the center of the SI story? Carolina Panthers owner David Tepper, who has made it known he wants to see soccer in the Charlotte since the first day he bought the Panthers.

Tepper said he's had discussions with MLS about expansion but now Charlotte could face a serious challenge across the country and within the state.

That's why the technology entrepreneur partnered with real estate broker Billie Redmond and realty corporation CEO John Kane for a $1.9 billion project in Raleigh. The crown jewel would be a 20,000 seat stadium, that if approved, he hopes will attract the attention of Major League Soccer.

"We've got all the components to make us a great fit," Malick said. "With this, we position ourselves even better."

RELATED: 'Its something that belongs in Charlotte' | Tepper reignites push for MLS team

There are currently 24 MLS franchises with teams 25, 26 and 27 on the way. Sacramento and St. Louis are expected to get teams 28 and 29. The league is open for business when it comes to finding the 30th club.

According to Sports Illustrated, MLS officials toured Bank of America Stadium in February. The report also says representatives from the Panthers made multiple trips to New York City to meet with MLS commissioner Don Garber.

But that interest, even from a major sports owner like Tepper, isn't enough on its own. MLS requires bidding groups to have a plan for a soccer-specific stadium. Earlier this year, the Panthers sent a survey to season ticket holders, suggesting Bank of America Stadium could be reconfigured to feature a more soccer-appropriate setting.