Norfolk Southern to Charlotte: You can't use our tracks for the Red Line 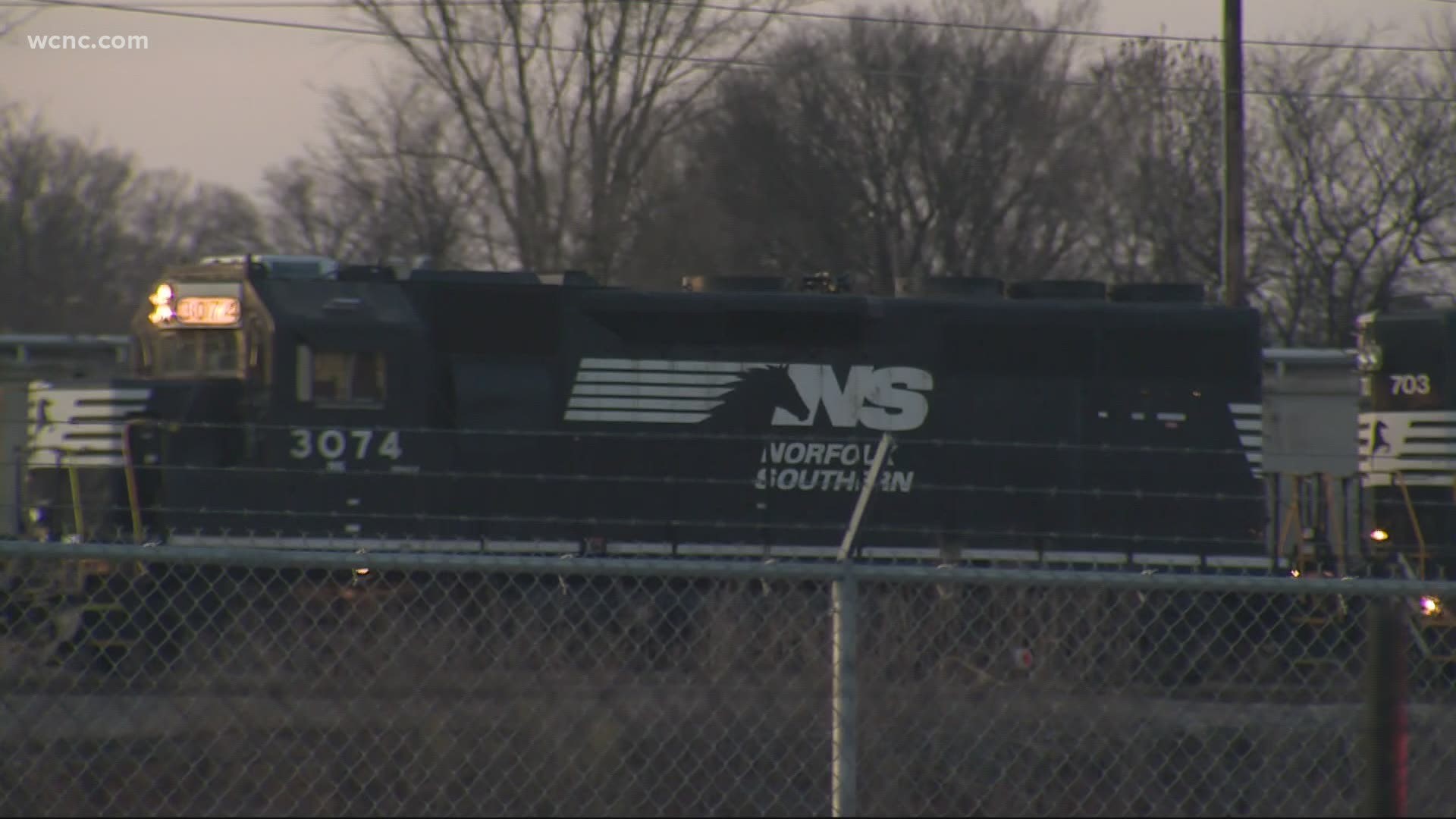 CHARLOTTE, N.C. — The Silver Line was the prized possession of Charlotte's multi-billion-dollar mobility plan. Now, city staff are putting the Red Line as a top priority as they look to gain support from towns in north Mecklenburg County.

The 25-mile rail-line would stretch from uptown, through Huntersville, to Cornelius and Davidson. It's been talked about for years, but it's never come to fruition.

The key to the Red Line project is using the railroads owned and operated by Norfolk Southern. The biggest factor that's led to broken promises for the northern towns is Norfolk Southern not sharing its tracks.

Jaiyeoba told city council he believed this time would be different due to new leadership at Norfolk Southern.

"I think it's moving in a positive direction because there's a change in leadership that we can work with," he said.

However, during the city council meeting on Monday, a spokesman for Norfolk Southern emailed WCNC Charlotte's Hunter Sáenz, saying they will not share their tracks.

Although @winnerspath says conversations with Norfolk Southern has moved in a positive direction about Red Line plans — a spokesman for NS tells me, “There has not been any change from Norfolk Southern’s previous statement or stance.” @wcnc

"We value greatly our relationship with the City of Charlotte and CATS.  Our obligations and responsibilities have not changed yet, so at this time we have not reconsidered our stance on this proposal," said Jeff DeGraff, a spokesman for the company.

"Freight operations are long distance and customer-driven, which precludes ‘passenger only’ operating windows and temporal separation such as night-time-only freight operations," he continued.

Charlotte city staff is hopeful they can use the plans that were already made in years past to develop the Red Line. The estimated cost of the project would be $600 million since it would be using the railroad tracks already in place.

It's the most affordable project amongst the Silver Line, Blue Line extension, and Gold Line completion.

RELATED: Silver Line would be partly funded by you, with possible tax hikes

In a January poll of 400 residents who live in the Mecklenburg towns, only 50% were in favor of increasing the sales tax to fund a transportation makeover.

According to polling done by ALG:

62% of those who live in Mecklenburg towns (Not Charlotte), say they favor increasing funding for local public transportation infrastructure in Meck Co.

Charlotte's city manager noted trust will be an issue to gain their support of a one-cent sales tax increase to fund the mobility plan.

"I would say nothing has changed," Marcus Jones, the city manager for Charlotte, said. "It's going to be very difficult to get this coalition together."

Jaiyeoba said bus rapid transit will be the mobility plan's top priority, enhancing travel time while expanding routes, including a rapid route to the towns in the northern part of the county.

Charlotte wants to get the support of the towns before it goes to the North Carolina General Assembly to gain permission to increase the sales tax.

City staff would like to get permission from the general assembly between March and June.

If they get the go-ahead, they would put the decision up to the voters to decide on a November referendum.