Silver Line would be partly funded by you, with possible tax hikes

In order to fund a massive transportation plan, the Charlotte Moves Task Force is recommending a sales and property tax increase. 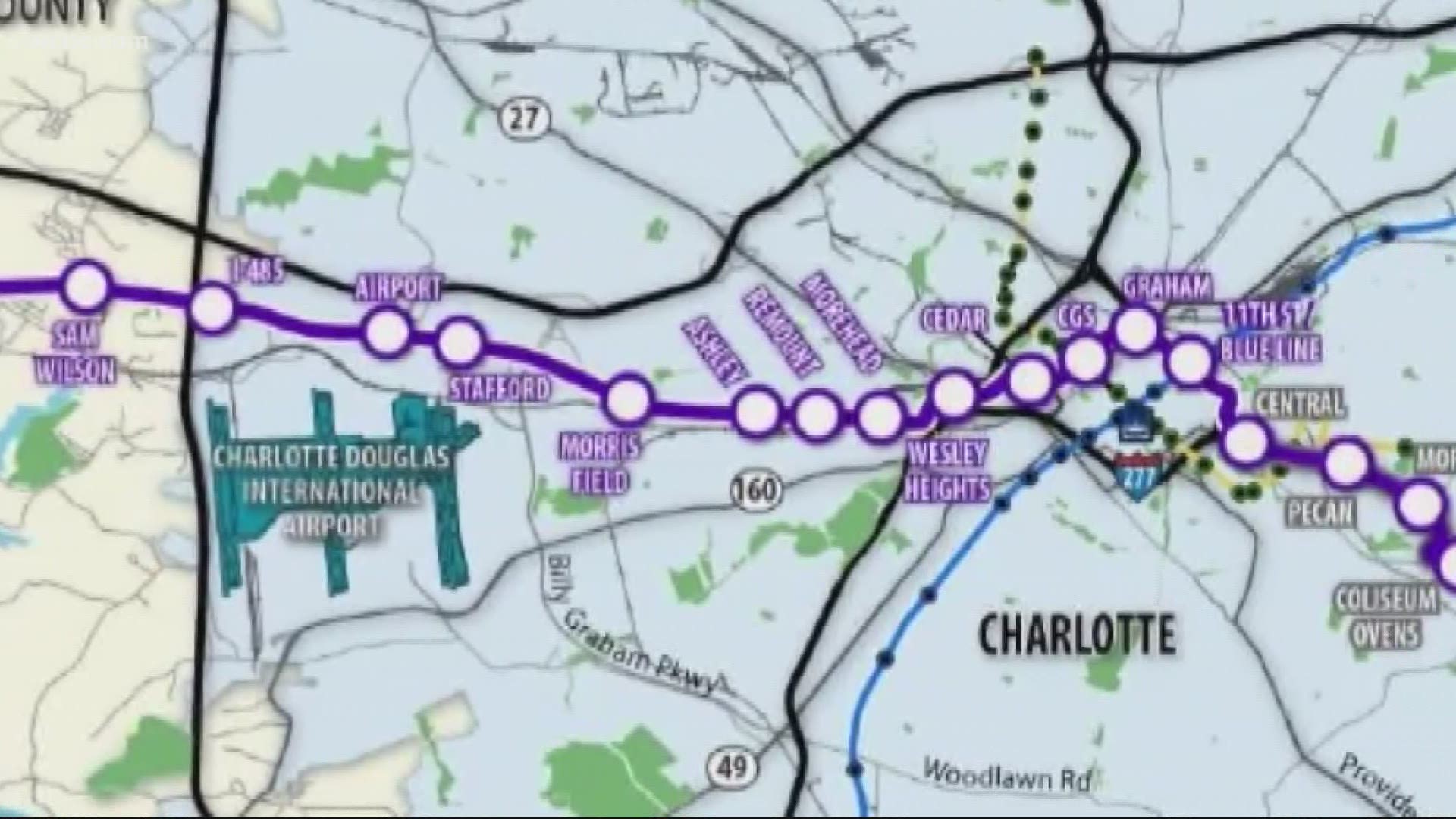 CHARLOTTE, N.C. — It's no secret: Charlotte city leaders want to revamp how we get around our communities. The cost to do it would be between $8 billion and $12 billion, and you would help pay for half of it.

The Charlotte Moves Task Force has been working for eight months on what's needed for a transportation revamp, how to sell it to the community, and how to fund it.

"We must move forward if we care about these issues," said former Mayor and Chair of the Moves Task Force, Harvey Gantt. "We can't not go forward. We must go forward."

Charlotte would be responsible for funding 50% of the bill, which they would pass down to you to pay through taxes.

Here is the recommendation from the task force.

First, they will likely recommend council look at increasing the sales tax by a half or whole cent. Anything above a 7.5% sales tax would be need approval of the North Carolina General Assembly.

Whether they give the green light or not would determine how much your property taxes would go up to also help fund the plan.

If the city raised property taxes by a cent, it would raise around $14 million per year.

The higher it's raised, the more you pay. If the property tax rate were to be raised by two cents, it would generate $28 million annually. A 3-cent tax raise would bring in $42 million per year for the plan.

For a 4-cent property tax rate increase, a home valued at roughly $215,000 would pay an additional $86 per year. That would bring in $57 million annually for the city.

The task force believes both types of tax increases are crucial for funding the projects.

It would be a 30-year investment, and construction would take 10 years to complete the entire transportation plan.

However, you as the voter would have the final say.

The task force supports these scenarios going to a referendum in Fall 2021, for the public to vote on if they want to make the investment for the future of Charlotte's mobility.

The recommendations to the council will be finalized on Dec. 3 by the task force and then will go to the city council for review.