Sept. 22 officially marks the beginning of autumn at 3:20 p.m. Here is what fall is like here in the Charlotte area. 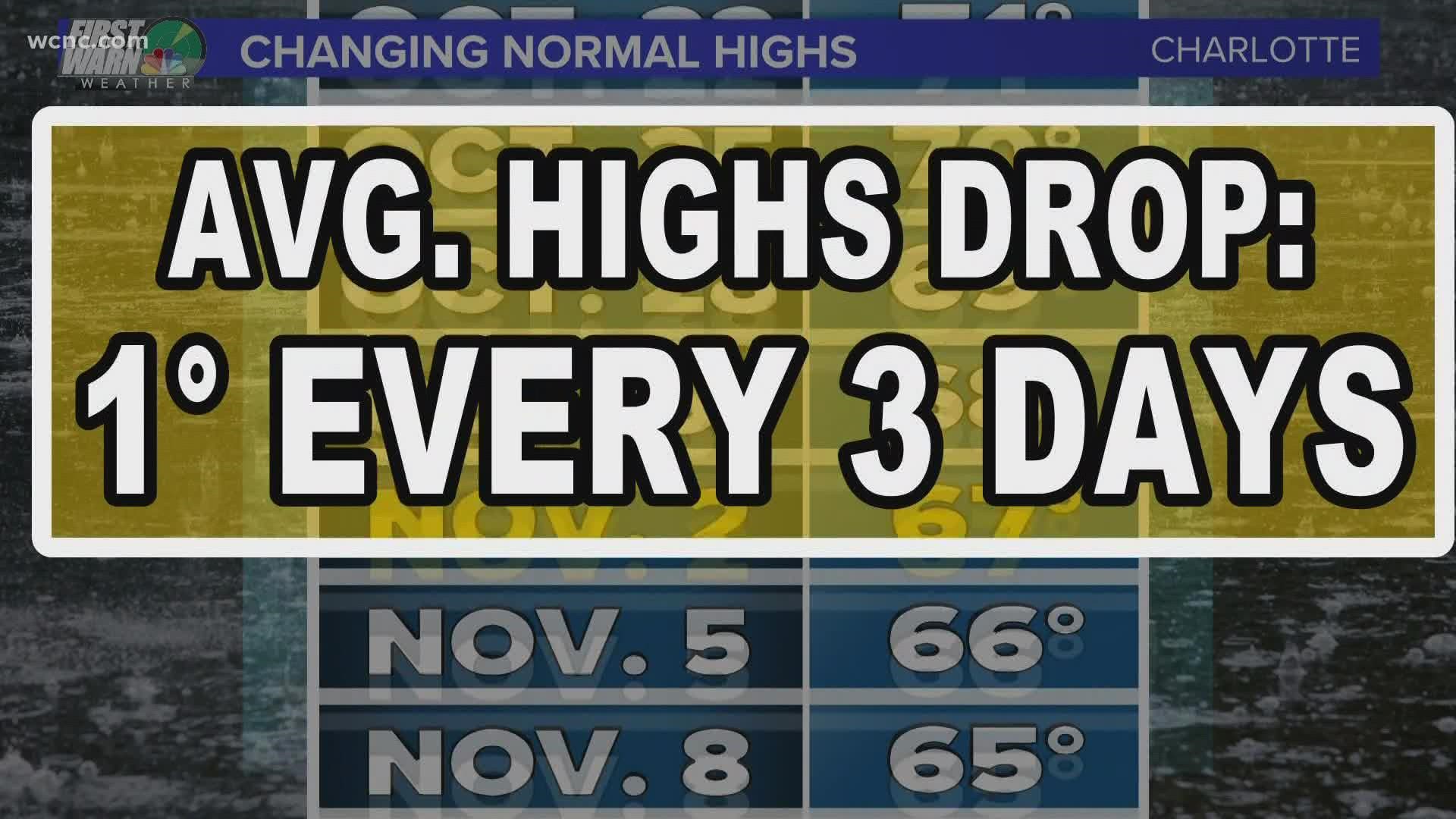 CHARLOTTE, N.C. — Better known as fall or autumn, the autumnal equinox is the season of apples, leaf piles, pumpkins, PSLs, Halloween and Thanksgiving.

This is also the time of year that the greater Charlotte area's temperatures go through some big cooler changes.

The first day of autumn typically arrives either on Sept. 22 or 23. However, it can arrive on other dates. The last time the start of fall fell on Sept. 24 was back in 1931. Looking ahead, the next time autumn will "fall" on that date is in the year 2303. So, mark your calendars now.

We are spoiled here in the Carolinas because our temperatures hold warmer longer than say our friends up north.

The first day of fall comes with an average high of 81 degrees before falling below 80 by the end of September. Going forward we will lose an average of 1 degree every three days until the end of November.

Don't blink: Here is every change to our average highs through the season of autumn. Up until Thanksgiving, the normal high will drop one degree every three days. pic.twitter.com/ZSsXtJuHaz

October is one of the best months in the Carolinas. This is not biased but rather it is scientifically ideal for human comfort.

Studies prove that most people feel most comfortable in temperatures between 70 and 80 degrees. That pretty much October's highs, where highs start in the upper 70s and average 68 come Halloween.

RELATED: What is meteorological fall?

"The perfect day": A "technical" perfect day would be highs in the mid-70s, relative humidity at 40 to 60% with a light breeze under mostly sunny skies. Assessing the averages, those days are most likely in early to mid-October.

November and December turn crisp then cold: Starting in the upper 60s and then a month and a half later, we end the season averaging a high of 54 degrees.

Low temperatures: Over the next 3 months our average low will drop 27 degrees from 61 degrees to 34 degrees. October the 50s and 40s become more common at nights, November owns the 40s and 30s and by December a clear night has a decent shot to drop below freezing.

Autumn rain: Fall is one of the drier seasons. October, November, and December are the second, third and fifth driest months.

Wishing you all a cozy, fun-filled autumn.

RELATED: Wednesday is the autumnal equinox. But what does that mean for us? 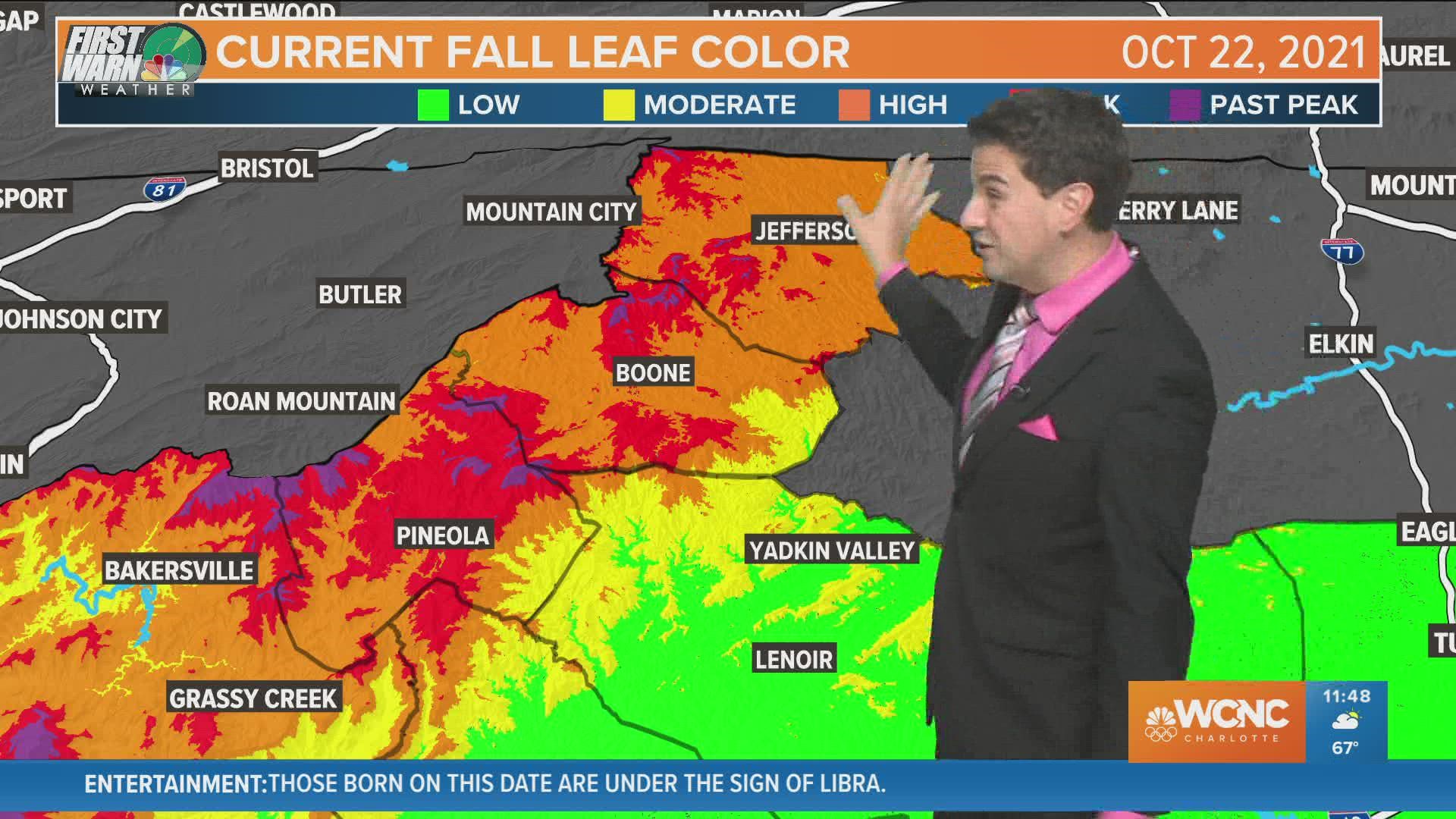 Gorgeous fall Friday in the Carolinas