Adams' story of survival in the wake of tragedy sees a new chapter set to open after he walks the stage of his Charlotte high school Saturday. 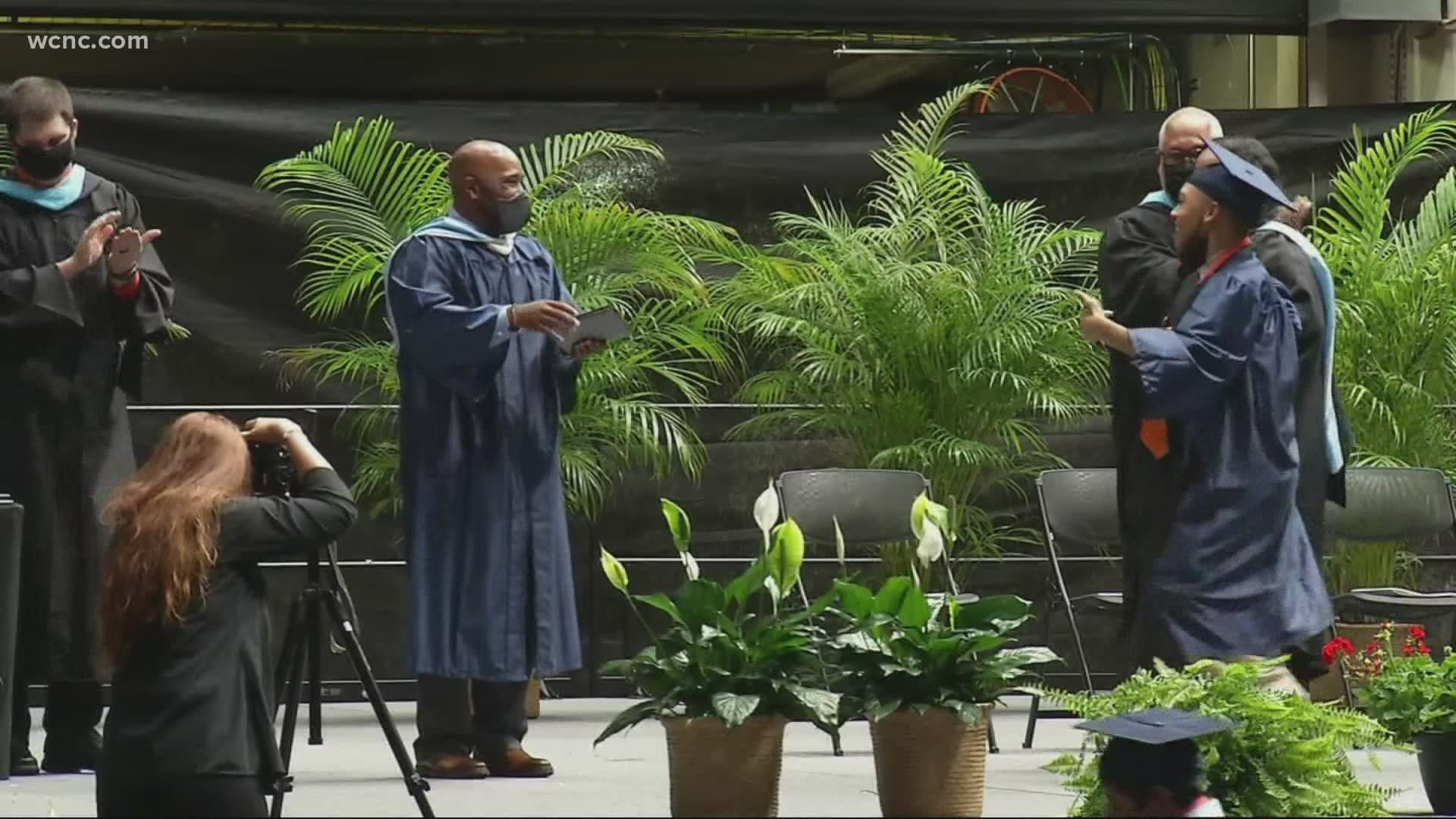 CHARLOTTE, N.C. — The story of Chancellor Lee Adams' life so far involves more than its fair share of adversity. But since the beginning, he's been a fighter. Now, more than two decades after he came into this world, his story comes full circle as he graduates from high school.

Adams was among the last graduating class to walk the stage at Zebulon B. Vance High School in Charlotte this weekend before it is renamed as Julius B. Chambers High School starting in the 2021-22 school year. He walked the stage around 5:30 p.m., turned the tassel, and finished the chapter of his life spent in school. The joyous celebration is one students across the country soak in, but for Adams, it's one a long time coming for a young man whose story began on a tragic note.

Adams' journey began on November 16, 1999. His mother, Cherica Adams, was still eight months pregnant with him at the time. She was also dating Rae Carruth, a wide receiver for the Carolina Panthers, and was nearly ready to welcome their son into the world. On that day, Cherica Adams departed the Stonecrest Shopping Center in her car, following a vehicle Carruth was driving.

But as 911 calls revealed, something went terribly wrong.

Cherica Adams called 911 after gunshots rang out, striking her four times. According to her 911 call, Carruth slowed his car in front of her, and she claimed another car pulled up alongside her and fired into her vehicle.

She was taken to a hospital and lapsed into a coma. She would die the following month, but the emergency cesarean section was able to save her son, Chancellor.

Complications from Chancellor Adams' premature birth led to him living with cerebral palsy, permanent brain damage, and other challenges. His maternal grandmother, Saundra Adams, has raised him since that fateful night and seen him through milestones; when he was 10 years old, Saundra said Chancellor took 100 steps on his own. WCNC Charlotte also documented Chancellor's 16th birthday, where we learned he was able to walk on his own.

Eventually, Carruth was arrested in western Tennessee, and in 2001 was convicted of conspiracy to commit murder. Prosecutors said he hired a hitman to kill Adams. Michael Kennedy, another one of Carruth's accomplices, told a courtroom Carruth didn't want to pay child support.

Kennedy was a known drug dealer who claimed Carruth paid him to buy the gun used in the shooting. He was also the one driving the hitman, Van Brett Watkins. Kennedy chose to testify with no plea deal and spent 10 years in prison. He was released in 2011.

Watkins was sentenced to a maximum of 50 years in prison, where he remains to this day.

In 2018, Carruth was released from Sampson Correctional Institue bounded to leave beyond the Carolinas for Pennsylvania.

During his time in prison, Carruth released a 15-page letter. In that letter, he apologized for Adams' death, the damage done to his son, and to Adams' family. Carruth also said he wanted to form a relationship with his son and wanted custody, but Saundra Adams said in 2018, she would fight to keep custody of her grandson.

A week after Carruth walked out of Sampson Correctional, Saundra and Chancellor were welcomed with open arms into the Carolina Panthers community. Players gifted Chancellor with gloves and a football, and Panthers owner David Tepper paid the pair a visit on the sidelines.