'Why Does My Crown Offend You?' | A conversation about Black hair in the workplace and the push to normalize its professionalism 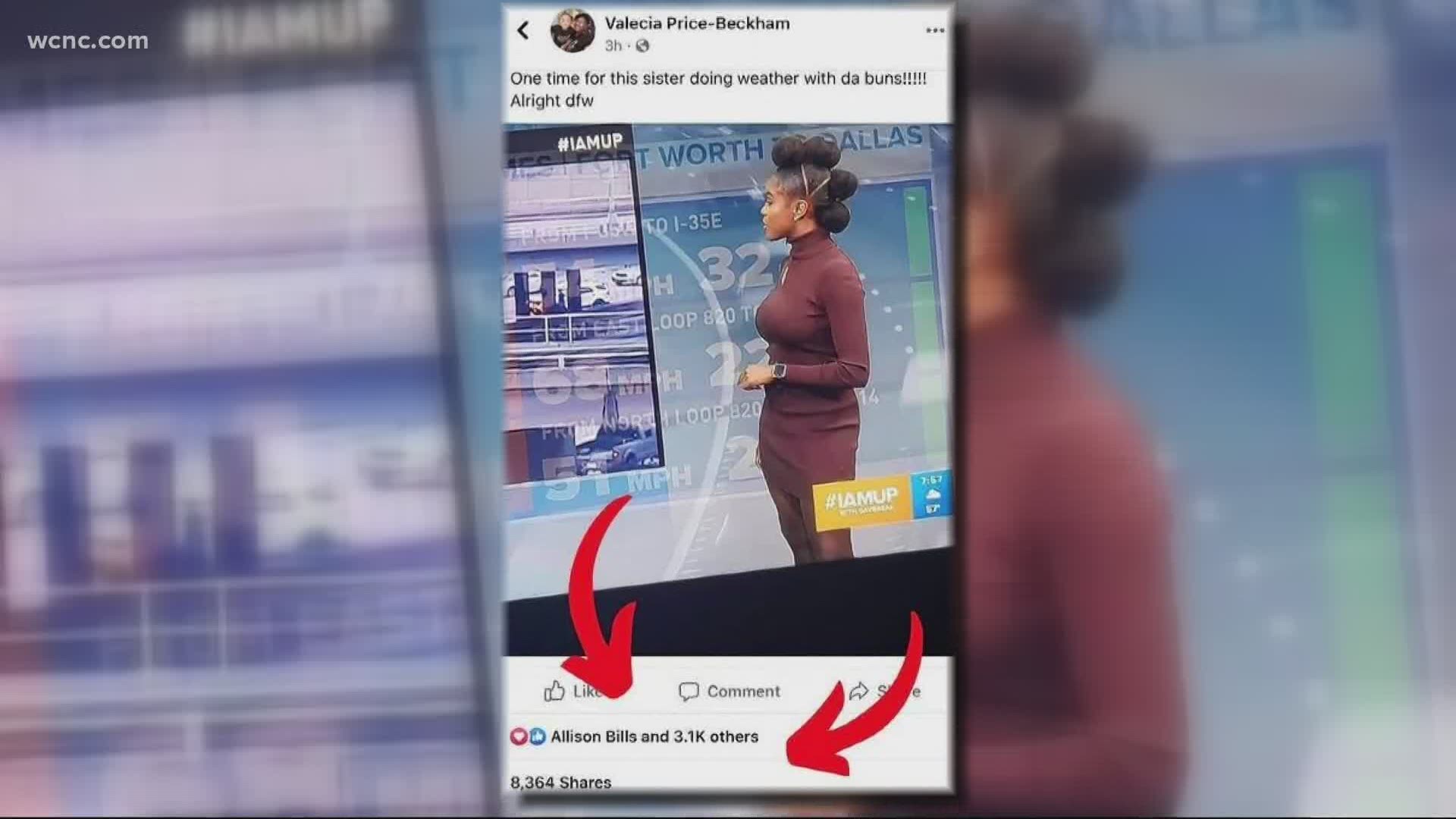 CHARLOTTE, N.C. — In the popular song "I Am Not My Hair" by India.Arie, she embraces natural hair acceptance and self-love. It's also those same principles at the core of the CROWN Act meant to protect and value African American men and women's hair.

The CROWN Act which stands for "Creating a Respectable and Open World for Natural Hair was first introduced back in 2019 to ensure protection from discrimination based on race-based hairstyles. The measure is currently law in seven states including California, New York, Washington, Colorado, New Jersey, Maryland, and Virginia.

This is just one result of the natural hair trend that continues to grow more and more popular in the African American community.

“Just trying to get every single one to embrace their own beauty and not get caught up in what they see on others," Chrystal Jeeter, owner of Sista Synergy Natural Hair Care Salon in west Charlotte said.

From locs to twists, to curls, kinks and waves-- many naturalists say the goal is to show this type of hair, the texture no matter how it's styled can still be perceived as professional.

Tashara Parker, anchor and reporter at WFAA in Dallas, WCNC Charlotte's sister station shared her struggle of wearing natural hair as she navigated her career in TV news early on.

"One of my professors basically told me you’re not going to be able to get a job like that and my hair was natural," Parker said.

Since then she's worked on-air at a number of TV news stations wearing her hair straight, in braids, and even a natural afro. But the natural hairstyle that caught the most attention, basically breaking the internet with thousands of shares, was when Parker chose to wear her hair in this iconic bun style.

She received so much feedback. Some from those who hated the hairstyle calling it unprofessional and others who greatly supported it.

“People saying representation matters, we’ve never seen this before on local TV, many people saying they love it," Parker said.

From there Parker decided to use her voice and her platform to spark an important conversation about Black hair.

“Why does my crown offend you? It was simply asking what difference does it make how I wear my hair if I’m still going to provide you the information you need," Parker said.