A study by SmartAsset found most recently, the Charlotte metro lagged behind every other major city for Paycheck Protection Program loan acceptance rates. 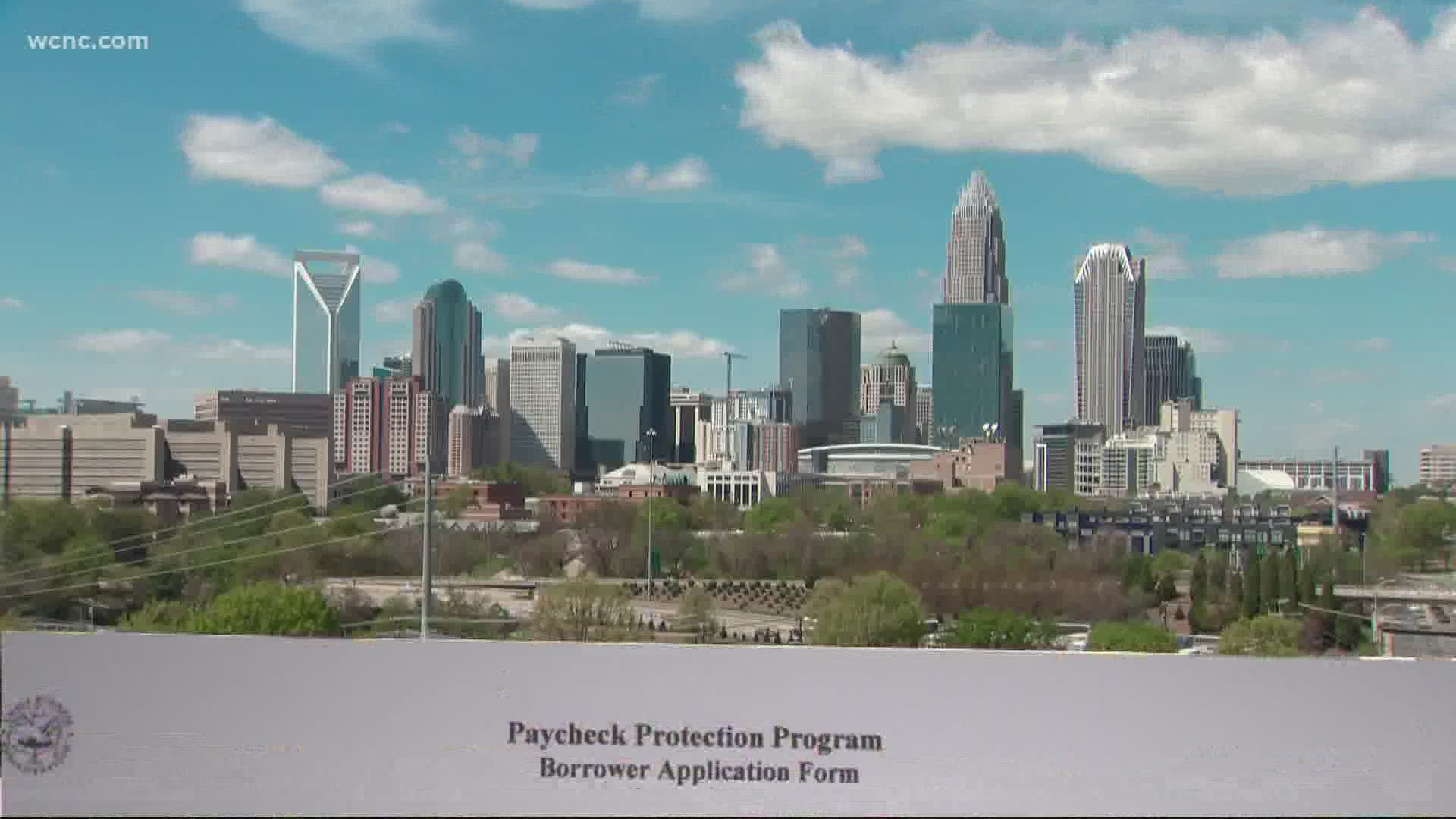 CHARLOTTE, N.C. — If you owned a business in any other major city, you'd have a better chance of securing coronavirus relief through the Paycheck Protection Program, according to a study by SmartAsset.

Smart Asset analyzed responses from the Census Bureau's Small Business Pulse Survey and found during the survey week ending on May 30, the Charlotte-Concord-Gastonia metro was the only major metro with a PPP loan acceptance rate of less than 90%.

"While our analysis did not examine the underlying factors that affected PPP loan acceptance rates, logistics could influence the acceptance rates," SmartAsset said. "Specifically, loans are given out by local banks, not directly by the federal government or the Small Business Administration (SBA), meaning that allocations of funding by local lenders in the Charlotte-Gastonia-Concord area may have been overwhelmed by PPP loan demand and not able to process all the applications as quickly."

Priscilla Clark knows what it's like to be overwhelmed. The Salisbury interior designer, unable to secure a PPP loan, is worried she won't be able to hold out for much longer.

"I don't see a very hopeful future," she said. "I just don't know if I'm going to be able to keep a brick and mortar. I might just have to shut that down."

Clark said she applied for a PPP loan in April, but hurdle after hurdle took up too much of her time and energy.

"I only have so much energy and I have to just take my energy and put it towards survival," she said. "I just stopped trying."

"I just feel like the system's stacked against us little guys," Clark said. "We're supposed to be living in a society where everybody has equal footing, but it certainly doesn't feel that way."

That feeling was also evident in Charlotte's Historic West End where 100 Black-owned businesses initially didn't either hear back about their PPP applications or were denied outright. It took community bank Uwharrie stepping in to help many of those people.

"We weren't going to say 'No" to these folks," Uwharrie Bank Chief Information Officer Jason Andrew said. "We know a lot of folks did get 'No' as an answer or didn't hear back. We are proud to say that we didn't tell anybody 'No' or 'I'm sorry we cannot help you.' Obviously, if they didn't qualify, that was another story."

"Of the people who have provided all of the documentation, yes, we have had 100% success rate," he said.

He credits the bank's 100% success rate to the fact Uwharrie processed most of the loans in-house manually unlike big banks that enlisted bots to handle thousands of applications at a time during the initial rush, which the Small Business Administration later prohibited.

He said the struggles of the region as a whole are also likely the result of money and banks limiting loans to only their customers. Uwharrie opened it up to everyone.

"Some banks had funding restrictions that limited their ability," he said. "It definitely hasn't been without challenges, but it's been a very good process for us overall."

June 30 was the last day to apply for the PPP program.

Many college students could have received help paying for school, but didn't

These industries are hiring new workers during the COVID-19 pandemic