With so many shows "postponed," some people just want their money back. But like Mick Jagger sang, "you can't always get what you want." 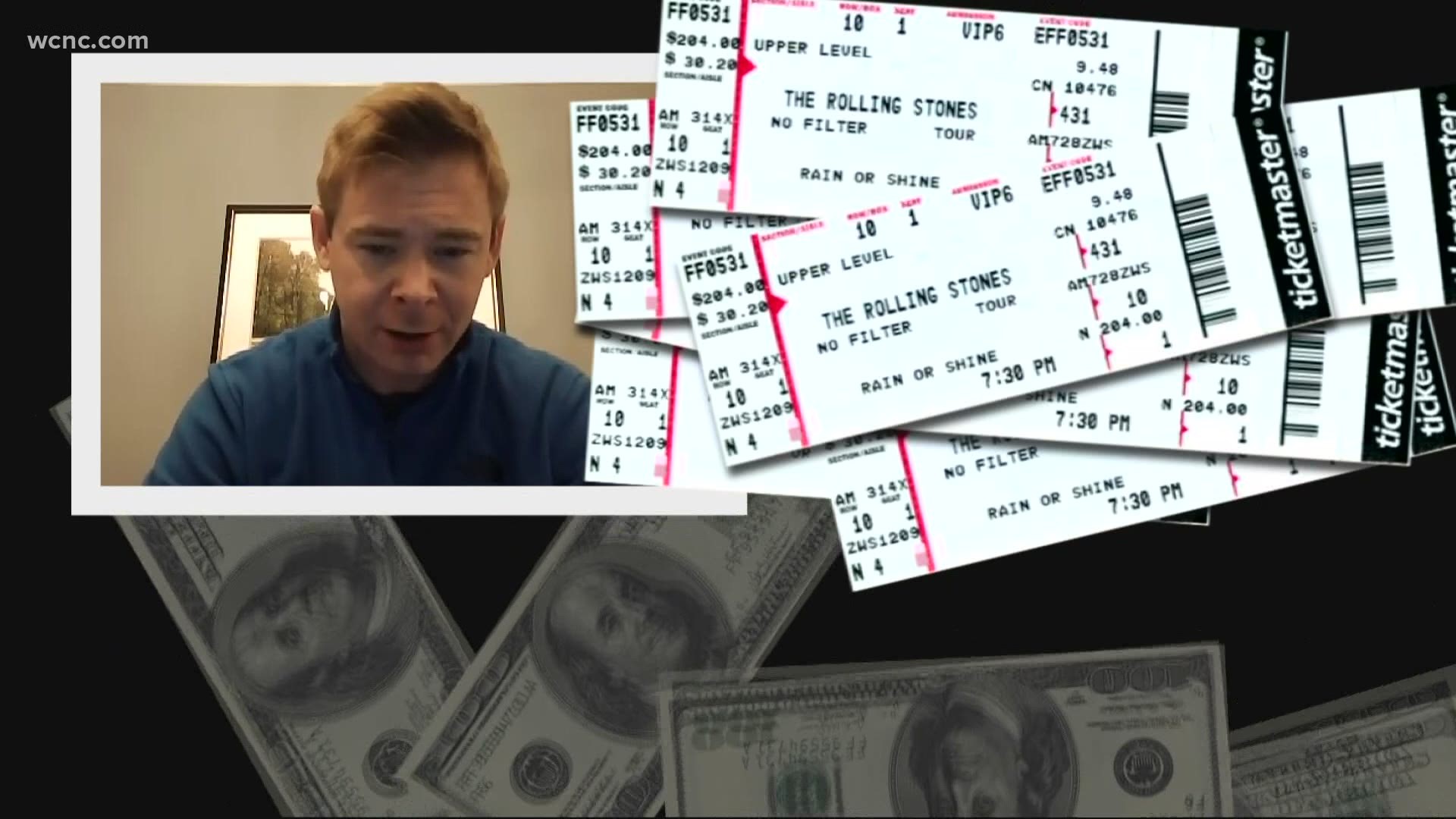 CHARLOTTE, N.C. — Events like concerts and ocean cruises have seen their dates repeatedly postponed or pushed back due to the COVID-19 pandemic, but what can you do if you just want your money back?

The Rolling Stones were set to appear in Charlotte last July but it never happened. Is a refund still possible or can companies hold your money indefinitely?

In some cases, yes they can. Customers looking for a refund will have to make a very convincing argument to whatever company they're dealing with as to why they should get their money back and it might just be up to the company to deviate from their policy. If you're unsure of the broker's policy, check your paperwork, on your physical tickets or on their website.

Over the last year, WCNC Charlotte has helped refund canceled cruises, deposits on resort properties due to canceled vacations, canceled flights and now, people are trying to get help with a concert that was postponed.

Rolling Stones tickets weren't cheap. Tate Helms shelled out a good chunk of cash for tickets but got left with no concert to see.

“It was a bucket list concert for us, I had actually purchased eight tickets," Helms said. "It's an expensive ticket and I was going to take the extended family. We were all going to go."

Helms spent over $1,500 on tickets to see the Stones and now he wants his money back.

"I requested a refund on their website on March 26," Helms said. "I was stonewalled to say the least, and that is when I reached out to you, Bill [McGinty]."

With the concert still considered "postponed," Vivid, the company who sold Helms the tickets, had all the leverage.

“There is no time limit on how long they can postpone, not that I have ever seen when I read terms and conditions that we have looked at,” said Tom Bartholomy of the Charlotte Better Business Bureau.

After WCNC Charlotte reached out to Vivid in an email, the company decided to refund Helms the entire amount of his tickets.

"We have refunded thousands of orders totaling tens of millions of dollars since the global pandemic shut down all live events in America. As one of the few marketplaces still offering a full cash refund, Vivid Seats is communicating with each consumer once an event is canceled. Also, it is our goal to make sure every ticket buyer has a safe ticket buying process."