"Wouldn’t you want justice if it was you? We are begging and pleading for the community to step up." 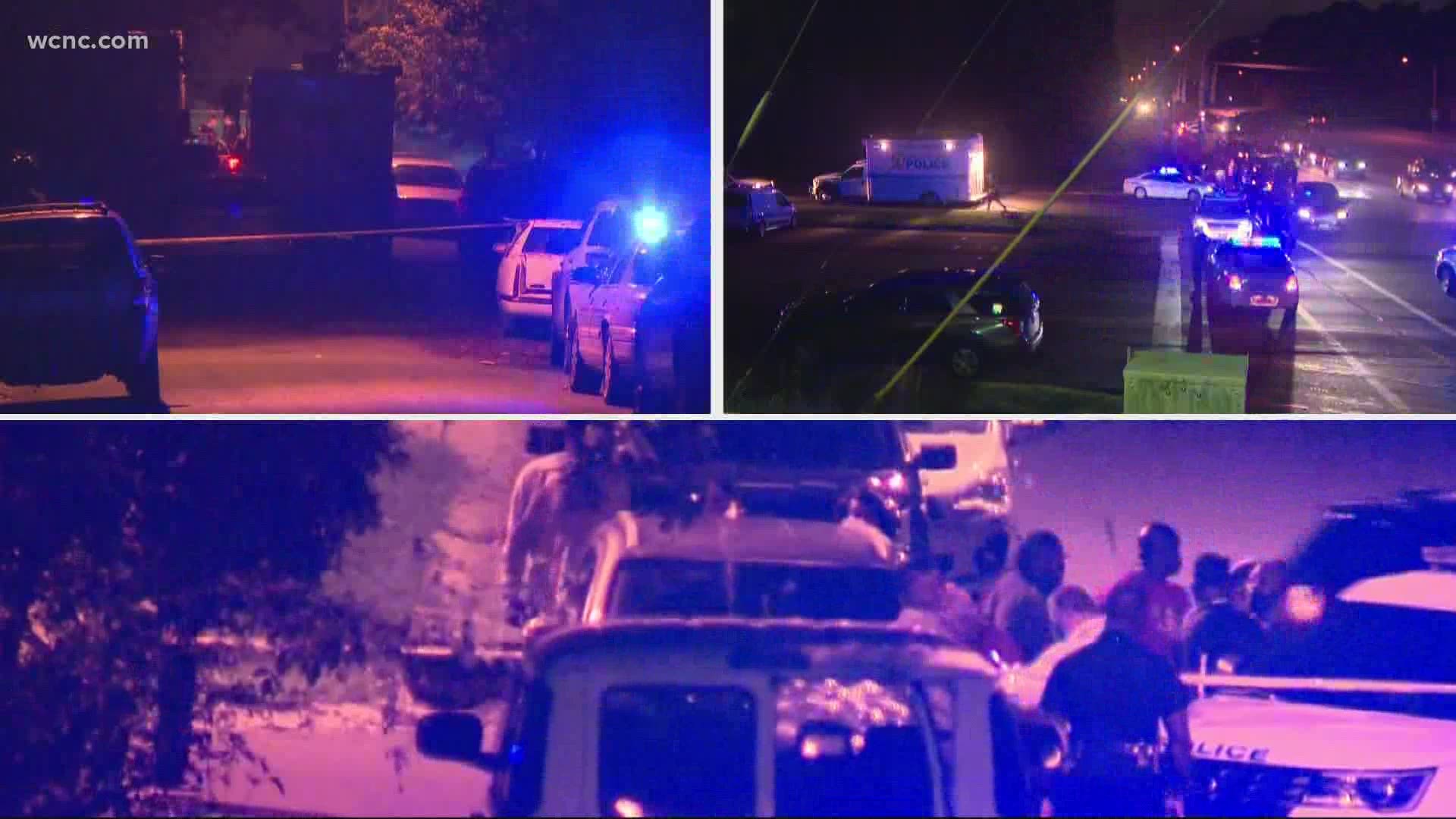 CHARLOTTE, N.C. — As of October 13, there have been 94 homicides in the Queen City. It's far higher than 78 homicides at the same time last year in Charlotte.

Within the next several hours, there were two other homicides.

On Tuesday, a cousin of Shuford Jr. said he’s begging for anyone with information to come forward, not only for their family, but for the others too. Will Adams says he talked to his cousin, Aaron “AJ” Shuford Jr. a couple of days before he was fatally shot.

Police say someone in a vehicle shot Shuford Jr. while he was in a car; it was one of three homicides in less than 11 hours.

About thirty minutes later, officers responded to another deadly shooting on the 1200 block of Campus Street where 58-year-old Ernest Lightner was pronounced dead.

On Monday, police charged Gina Michelle Kilgo for his murder.

RELATED: 'Everyone has had enough of the violence' | CMPD investigating second homicide in less than an hour

Then hours later, police say 41-year-old Emanuel Taylor was shot and killed near the 2600 block of Clydesdale Terrace just before 4 a.m. Tuesday.

Some neighbors told WCNC Charlotte they want to move out.

The Queen City now has 94 homicides for the year, compared to 78 homicides at the time last year.

Adams, who runs the anti-violence organization Team Trublue, wants the community to step up to help with a solution.

Adams says he’d like to see the community more involved in efforts to stop violence , after his cousin was 1 of 3 homicide victims in less than 11 hours in Charlotte. Adams runs the anti-violence organization, Team Trueblue. @wcnc pic.twitter.com/mEwt6B55tW

Adams also hopes someone steps forward to bring justice for the families.

“Please do your due diligence and come forward, so that we can have justice," Adams said. "Wouldn’t you want justice if it was you? We are begging and pleading for the community to step up."

Police do not believe the three homicides are connected. At this point, no arrests have been made.