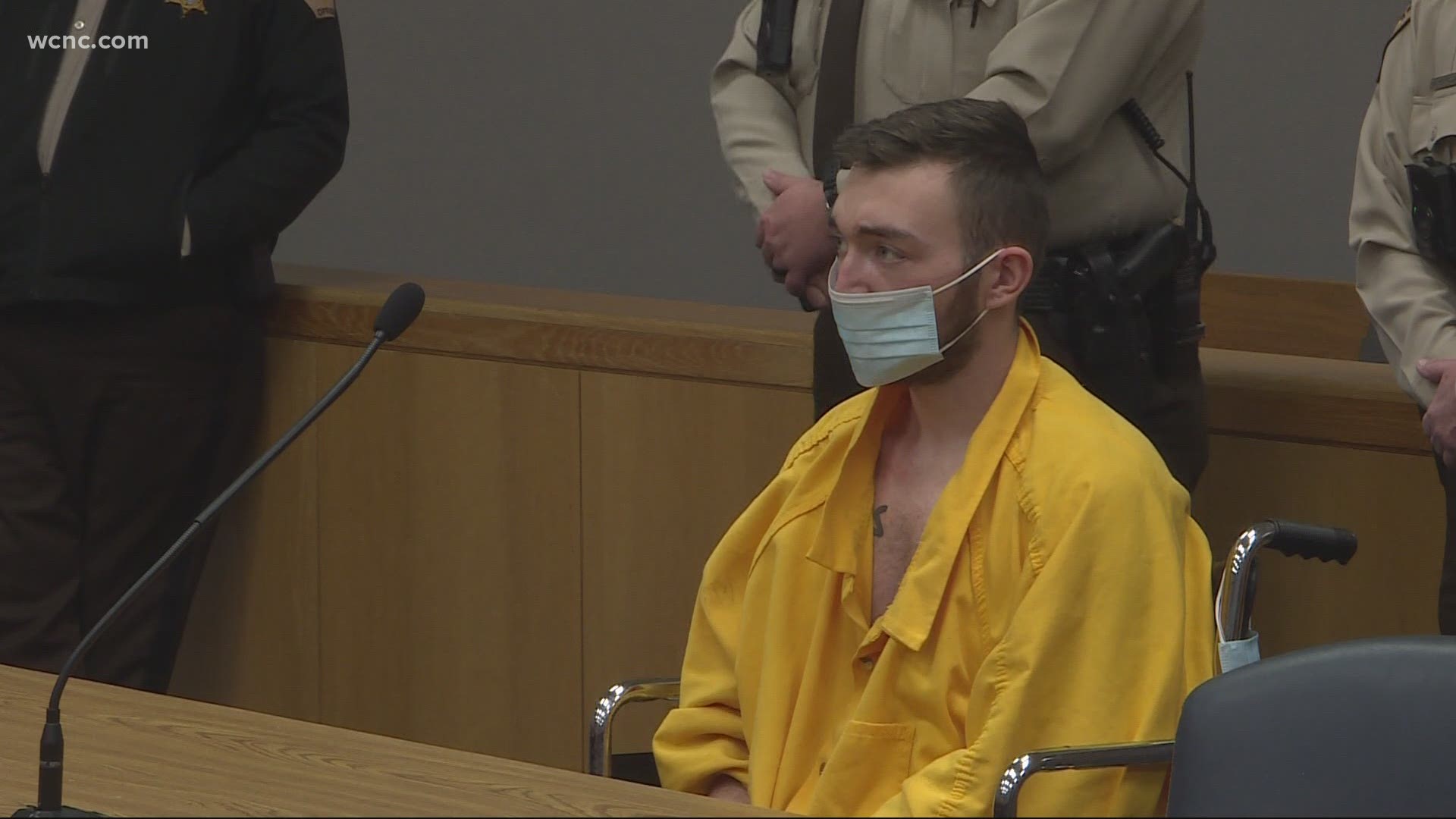 GASTON COUNTY, N.C. — The man accused of shooting and killing Mount Holly Police officer Tyler Herndon during a break-in last week made his first appearance Friday after being indicted for murder on Monday.

Joshua Tyler Funk, 24, was charged with first-degree murder in connection with Herdon's death on Dec. 11. He was taken to the hospital for treatment before being arrested. Funk has been held in the Cleveland County Jail since his arrest.

Friday's hearing lasted just 76 seconds as a judge appointed counsel for Funk, who was brought into court in a wheelchair after investigators said he sustained injuries and had to be hospitalized after last week's shooting.

"I hired Tyler. I signed him, and I definitely feel responsible for him and all of our folks," Chief Roper said. "The best way for this to end is for people to never forget Tyler Herndon."

Funk's next court hasn't been set yet, and he remains in jail under no bond.

Detectives said Herndon was responding to an active break-in at the Mount Holly Car Wash on Beatty Avenue around 3:30 a.m. When officers got to the scene, they encountered an armed suspect, identified as Funk. Multiple shots were fired between the suspect and police. Herndon was rushed to CaroMont Regional Medical Center where he died a short time later.

Court records revealed Funk had several pending cases this year, including an arrest for felony larceny in Mooresville in October, and several traffic tickets in Mecklenburg and Catawba counties.

Two other Mount Holly police officers and a Gaston County police officer were also involved in the incident. The three officers have been placed on administrative leave to ensure their respective department policies and procedures were followed.

Our prayers are with family and friends of Mount Holly Police Officer Tyler Herndon who was killed in the line of duty this morning protecting the community he loved. I spoke with Tyler’s parents and Chief Roper to offer our support and deepest condolences. - RC