This week, North Carolina released a mental health support toolkit to help parents and their children. 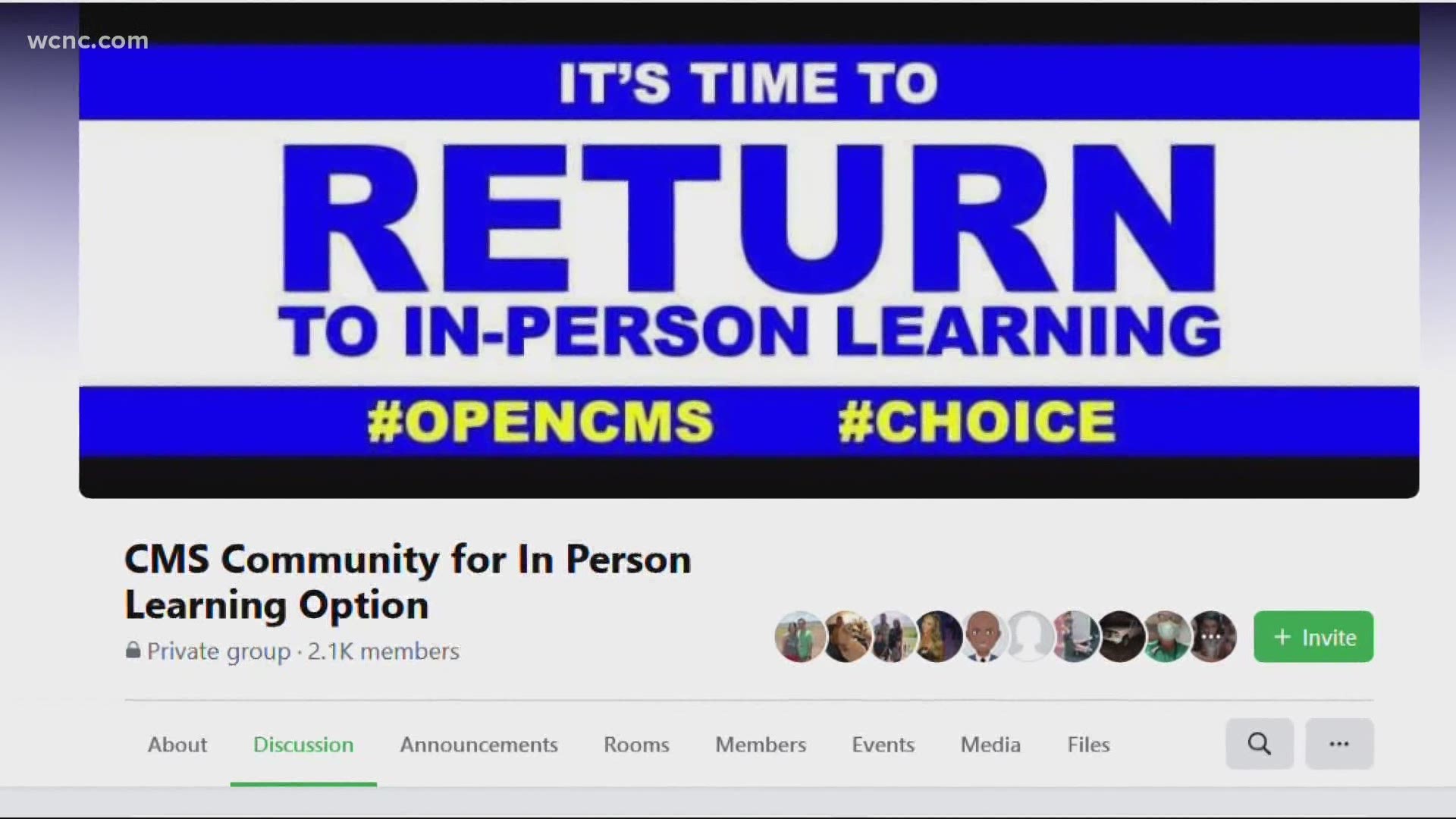 CHARLOTTE, N.C. — Frustrated parents of Charlotte-Mecklenburg School students are mobilizing their efforts to get the district to provide a choice for in-person learning in classrooms.

“As far into the school year as we’ve gotten, the frustration is growing,” said CMS parent Rebecca Ivanov, who’s also an educator in a different school district.

What started with online petitions and letters to North Carolina Gov. Roy Cooper will soon be a message seen at street corners across Mecklenburg County. Ivanov said the online group, CMS Community for In Person Learning, has raised enough money to distribute more than 600 yard signs.

“We want to keep pushing our message loud and clear to the board to consider us having the choice that our surrounding counties do, and who have had successfully, now for the last 100 days of school,” Ivanov said.

Parents in favor of in-person learning, including Ivanov, say they are fighting for the choice to decide what is best for their children. The parents said this decision extends beyond grades and includes their child's social, emotional and mental health.

In January the CMS Board of Education voted to delay the return to in-person learning for elementary-aged students until at least Feb. 15. Just days later, Superintendent Earnest Winston said while he feels the district is ready to welcome students back, he couldn’t make any guarantees on when exactly that would be.

"We’re not here because CMS is not ready," Winston told the board at the time. "We’re here because our partners at the Mecklenburg County Health Department ... say that our community is not ready at this time."

RELATED: Here's what the COVID-19 directive means for you in Mecklenburg County

Just this week, Clark County Schools in Nevada joined that list. The district, which serves more than 326,000 students, announced they plan to partially reopen after a surge in student suicides.

The Nevada district said in the last nine months of 2020, 18 students took their own lives, double the number of students from the previous year. Clark County said the youngest was just 9 years old.

“Children are very resilient, but we also know that all of us are different today than we were a year ago,” said Victor Armstrong, Director of the Division of Mental Health, Developmental Disabilities, and Substance Abuse Services at NCDHHS.

Armstrong says North Carolina's suicide data for 2020 is not yet available, and said even once it is, the data likely would not tell the whole story.

“The way the information comes in can vary,” he said. “Oftentimes suicide attempts are reported differently at hospitals.”

“In 2020 more than 37,000 callers received crisis intervention and connected to community mental health resources,” which Armstrong said is an 11.5% increase over 2019.

With stress of the pandemic still pressing down, this week NCDHHS launched a new, free online mental health toolkit aimed at helping all families find support during these uncertain times.

“One less stressor for folks would be how do I find help? Who do I talk to? Where do I turn? Because we know the mental health resources in our community can be difficult to navigate,” said Armstrong.

The toolkit provides resources to the public for a variety of mental health needs, including resources for parents engaging in online-school, family-based needs, resources for those within the intellectual disabilities (I/DD) community and more.

Armstrong said parents should look for these behavior changes in their child:

“The thing I tell parents is that anxiety and depression often manifest themselves differently in children than they do in adults, so where adults may become more withdrawn, may seem more low energy, oftentimes in kids it looks like rebellion, it looks like anger, it looks like acting out behavior,” said Armstrong.

Armstrong said those are signs parents should not brush off.