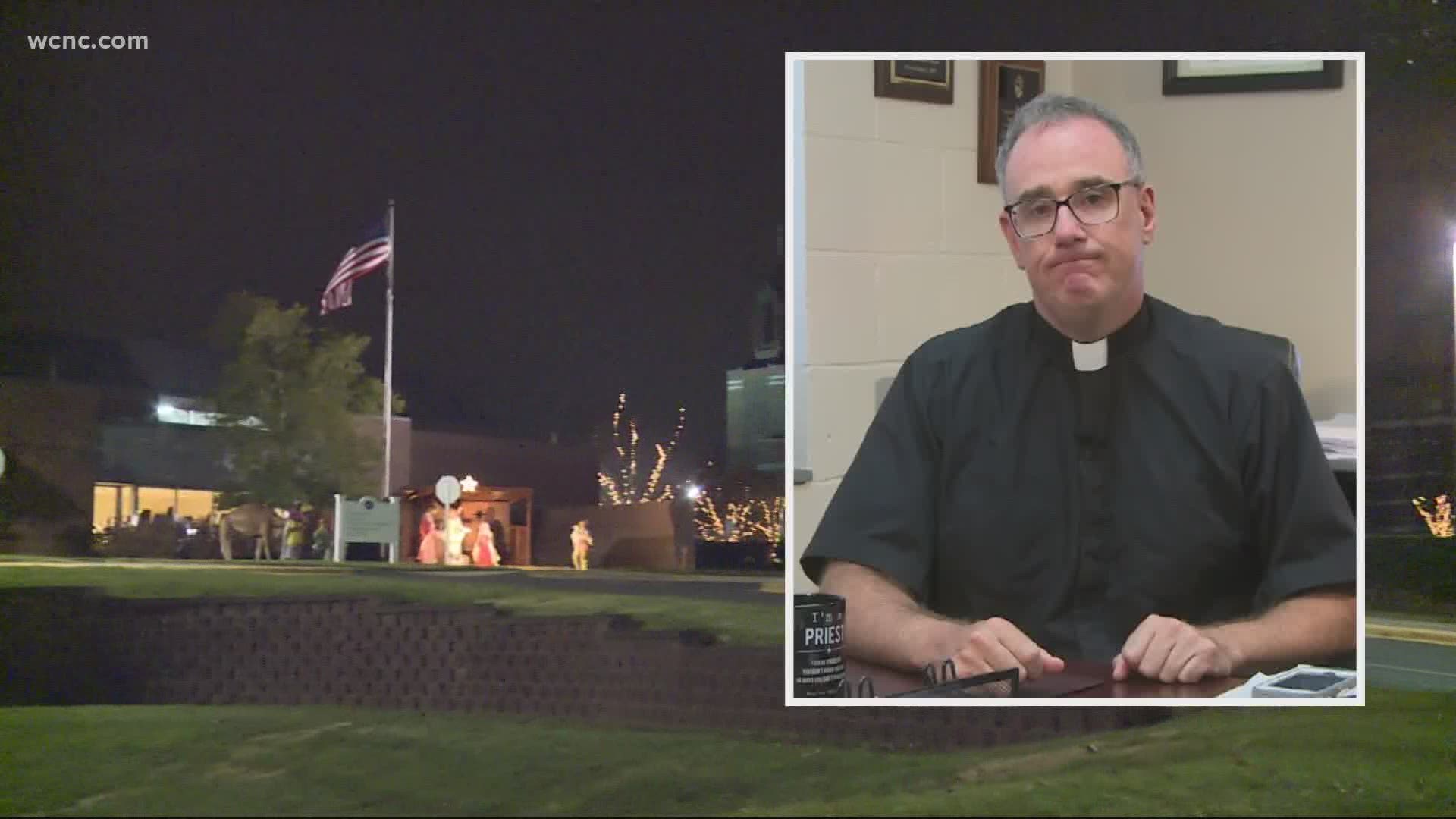 On December 9, 2019, the Diocese of Charlotte placed Father Hoare on leave after allegations against him of a child sexual abuse that was said to have taken in place over 25 years ago in Pennsylvania prior to Father Hoare entering the ministry.

Bishop Jugis said in a letter to parishioners that the Abington Township Police Department in Pennsylvania investigated the allegation in addition to another claim of abuse in Pennsylvania that later was reported.

Both allegations involve the inappropriate touching of relatives and happened in the 1980s and 1990s when Father Hoare was in his teens and early 20s.

In February, police told the Diocese of Charlotte they determined the allegations to be credible but weren' table to bring any charges due to the statute of limitations.

Bishop Jugis said the diocese doesn't have access to the police investigation under Pennsylvania law, so the Charlotte Diocese's Lay Review Board conducted its own investigation.

The diocese's investigation concluded, "while some of the allegations appeared credible, no specific incident of sexual abuse of a minor was identified based on the evidence presented and recollections of ages and event decades earlier."

The Diocese of Charlotte has not received any allegations from Father Hoare's time in the diocese but considered three complaints against him alleging "several instances of inappropriate physical contact with minors" observed by others.

These instances took place in group settings at St. Matthews and St. John Neumann. Bishop Jugis said these reports did not constitute sexual abuse but were considered inappropriate — including a hug, rubbing the shoulders or abdomen of a minor, and being "very touchy."

Bishop Jugis said in the letter to parishioners that the Review Board found the reported behavior "represented boundary violations that raised questions about Father Hoare's judgment."

Due to this, Father Hoare will be remaining on administrative leave. He has the right under Church law to appeal within the diocese or to the Holy See in Rome, and more updates could come on his status in the church.

"The diocese's decision in this matter aligns with our unwavering commitment to accountability and to providing a safe environment for all people, especially the young and the vulnerable," Bishop Jugis said in the letter.

Trump 'all for masks'; says it makes him look like the Lone Ranger

Centene Corporation to bring over 3,000 jobs to Charlotte