Research shows that from Iredell, North Carolina to Chester, South Carolina – 30 to 40% of ER visits end with surprise bills. 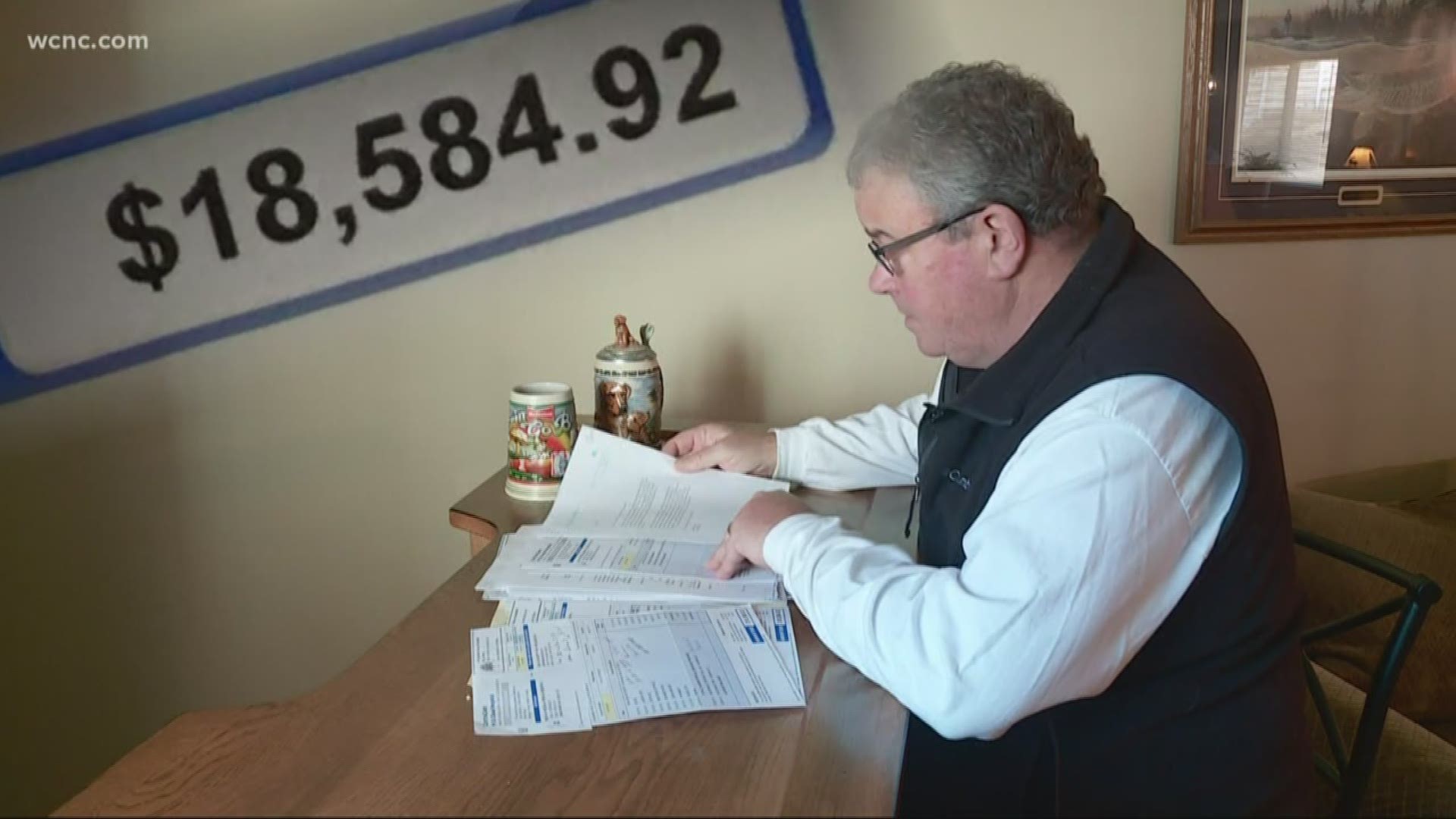 CHARLOTTE, N.C. — Imagine going to the doctor thinking you’re covered by in-network insurance only to get a bill a few days later for tens of thousands of dollars. It’s known as “surprise billing.”

WCNC Charlotte's Defenders team found that in our viewing area, 30 to 40% of people who walk into the ER end up with a surprise bill.

Now, lawmakers in the Carolinas are trying to fight it.

A bill that would make this practice illegal was just filed in South Carolina -- a big step in the fight against sometimes crippling, unexpected medical costs.

Here's how it happens: you have an emergency, so you go to an in-network ER. But unknown to you, one of the physicians who treats you is out of your network. A week later, you get a shocking bill in the mail.

It feels like a bait and switch for consumers.

Most consumers would assume everyone under the roof of the hospital is also in the same insurance network, but that isn’t always the case.

He went to an in-network hospital for his back surgery and even made a point about checking that he was covered.

“I said am I in network am I going to be covered they said yeah you look good your network you’re in our system so it shouldn’t be any problem," he said.

DeWolfe expected to pay about $3,000 out of pocket after insurance -- so imagine his surprise when he got his bill.

“They said, 'Paul you got to come up with 18,590 and would like to have that soon as you could please,'” DeWolfe said.

Research shows that from Iredell, North Carolina to Chester, South Carolina – 30 to 40% of ER visits end with surprise bills. That number grows to 50% in other parts of the state.

South Carolina lawmakers have now filed a bill that would make it illegal for insurers and health care providers to engage in surprise billing.

A similar bill proposed in the North Carolina Senate last year only made it past the first reading and is still in committee.

The proposed legislation would ban surprise bills by requiring insurers to apply the in-network rate to services that are unexpectedly out of network.

No word yet if the bill in North Carolina will be picked back up again – but in South Carolina, the ball is officially moving.