Class-action lawsuit filed against city of Charlotte over 2020 protests

A lawsuit representing dozens of people claims protesters were trapped by officers who then used tear gas on the group. 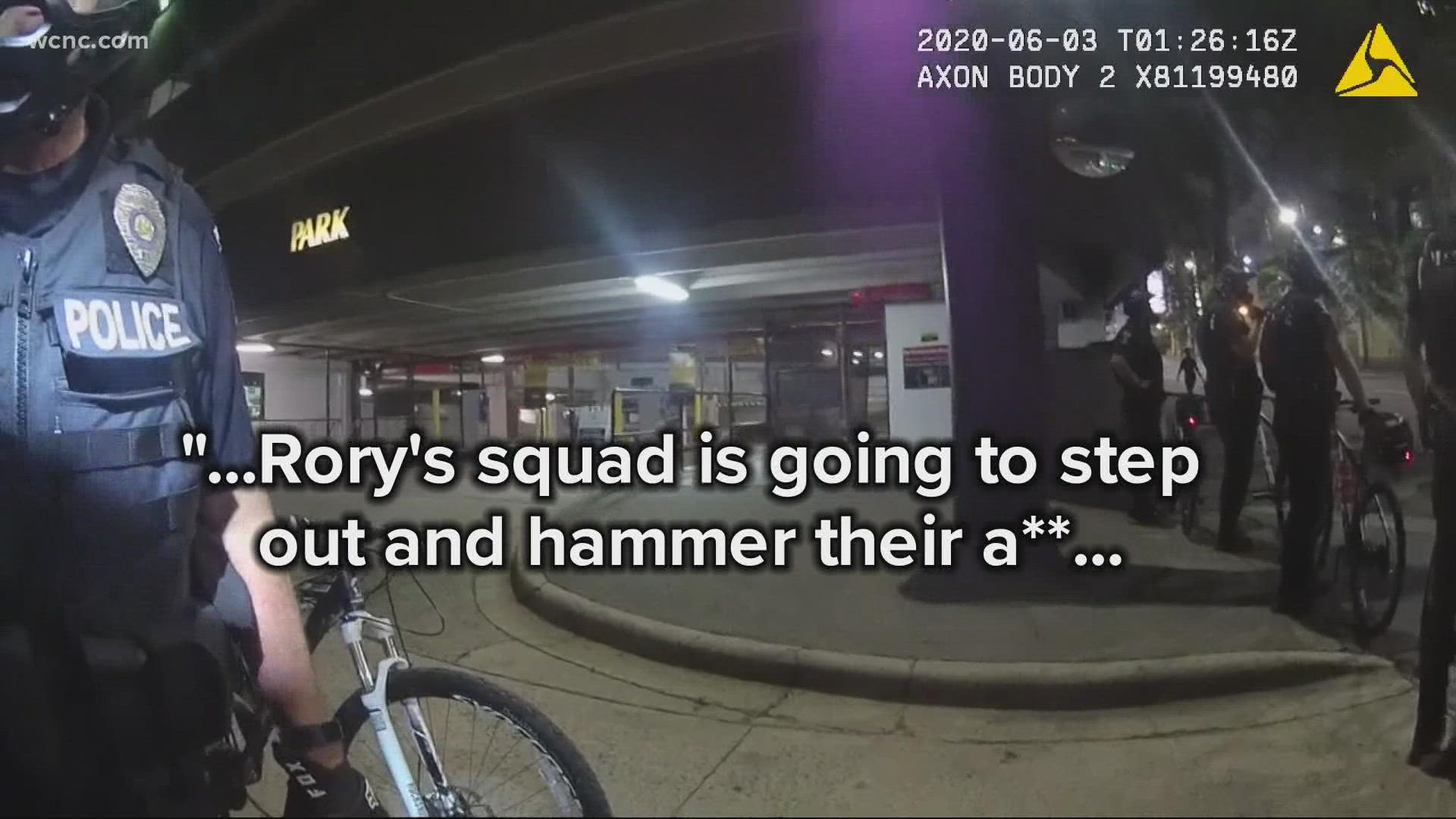 CHARLOTTE, N.C. — A class-action lawsuit was filed against the city of Charlotte for Charlotte-Mecklenburg police officers' actions during protests last summer in Uptown Charlotte.

The lawsuit was filed on behalf of protesters who said they were attacked by officers on June 2, 2020, during a protest following the murder of George Floyd. Protesters claimed they were trapped by officers in a parking garage. In total, there are about 50 plaintiffs in the lawsuit.

The plaintiffs allege they were trapped at College and 4th Street while CMPD officers threw flashbangs, tear gas, and shot rubber and pepper pellets at them from above on a parking deck while trying to protest peacefully.

“CMPD had committed a planned deliberate attack on those who dared challenge police violence," Timothy Emry with The Emry Law Firm said.

Emry is one of several lawyers now representing the plaintiffs.

"There are individual police officers who planned and orchestrated this kettling, this trapping, teargassing, hitting with pepper bullets and rubber bullets," said Lauren Newton, a lawyer with Charles G. Monnett III & Associates.

One officer could be heard talking about it on a body cam.

"They led us into an ambush," said Jonathan Quintero, one of the plaintiffs.

Quintero said he never expected it to happen.

“I actually felt really safe," Quintero said. "I thought, what could possibly go on out here with all these police escorting us?"

Plaintiffs Katie Rothweiler and Chantel Kennedy said they were both injured, Rothweiler with a nonlethal round.

HAPPENING NOW: A Class Action Lawsuit is being filed against the city of Charlotte on behalf of protestors who say they were kettled & attacked by CMPD on June 2, 2020. It represents about 50 victims. They say they have been traumatized and want justice and accountability @wcnc pic.twitter.com/wZ5GeebQaX

“I was running across the street away from the situation and I got shot in the back of the head," Rothweiler said.

"Me and my brother were broken apart because we were holding hands, and I was knocked down and I was trampled," Kennedy said.

Newton said he feels worse because he helped organize the event and told people it would be peaceful.

“I feel incredibly bad, I do, because that was not my intention," Newton said.

CMPD has since banned the use of tear gas and revised several policies for protest response, but the plaintiffs say that’s not good enough.

“Someone needs to be held accountable," Newton said.

A CMPD spokesperson said they have not yet reviewed this lawsuit, and cannot give additional comment as this matter will be before the court.

WCNC Charlotte reached out to the City of Charlotte for a response and has not yet heard back.

Newton said there were roughly 300-400 people out there who may have also been impacted who are welcome to join in on the class-action suit.