A veteran CMPD officer said after his PTSD diagnosis he had trouble getting help and his worker's compensation claim was initially denied. 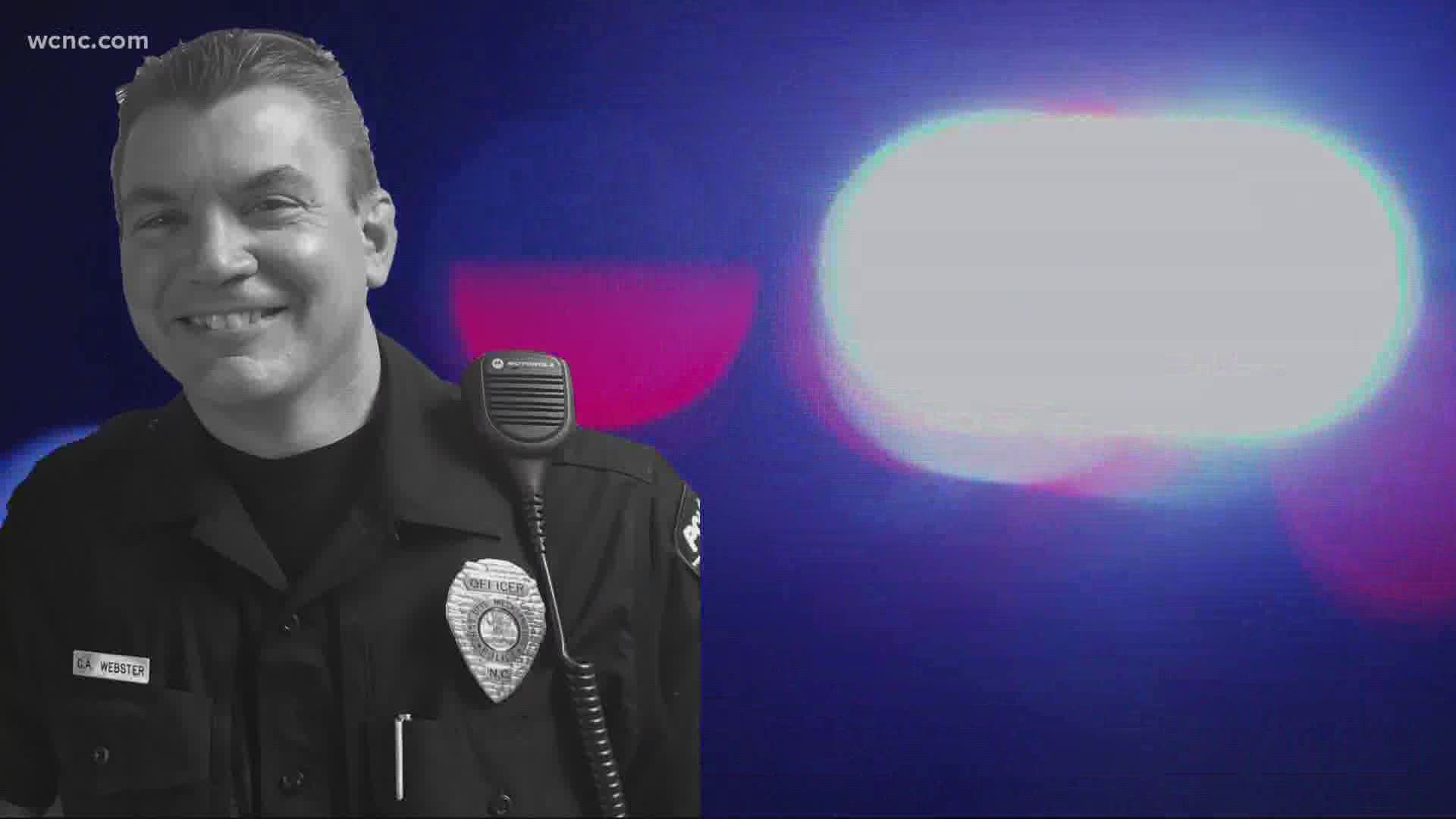 CHARLOTTE, N.C. — Calls for police reform have been front and center for months but some say that could start with getting additional training and mental health help for officers.

One former CMPD officer was diagnosed with PTSD after last year’s riots and the officer said he feels like the department turned its back on him when he asked for therapy.

Now he’s fighting the city to get help.

The veteran police officer said after giving himself to the department and the community for two decades, he didn’t get the help he needed after he was traumatized while on the job.

After 20 years as a police officer in Charlotte, something inside Chad Webster broke.

"I was completely surrounded and I felt like there was no way out," Webster said.

He co-created the Waves of Change program and later a podcast.

Both meant to lessen the divide between officers and the community they serve after Keith Scott's protests showed a city losing trust in its police force.

But Webster said it wasn’t until last year's protests that something inside him snapped.

"This time I really felt attacked and hurt and betrayed by the community that I had been serving for two decades," he said.

His unit was one of the ones stationed in Uptown.

"I was completely surrounded and I felt like there was no way out," he recalled. "They're throwing frozen water bottles at us fireworks, explosives."

Webster said for the first time in his two-decade-long career, he couldn’t put the emotions of the night behind him.

"I couldn’t sleep, I was having nightmares, I'd never had a panic attack before," he said. "I would wake up not being able to breathe constantly feeling like I was being surrounded by people I couldn’t go out where there were a lot of people."

His wife Krista, a retired police officer herself said, "He did not leave our bedroom for an entire month he would not eat or drink unless I brought it up to our bedroom because that was the safe place."

After a month she forced him to get professional help.

The father of four started seeing a therapist, a doctor and a psychologist. All agreed, he was suffering from PTSD and mild depression. He used up every vacation and sick day he had and even took a week off without pay before realizing he would have to give up the career he loved.

"I'm constantly battling feeling ashamed and embarrassed with feeling strong that I was able to get help and still getting help," he said.

He applied for worker's compensation to get help paying the bills but the city denied his claim – at first.

His attorney said he wasn’t surprised.

"If they open the door chances are there are a whole lot of claims gonna follow-through that door," Vernon Sumwalt said.

The US department of justice said 15% of law enforcement officers suffer from PTSD or a related diagnosis.

Several states are considering laws or already have them in place that site PTSD as a viable workers comp claim for law enforcement officers. North Carolina is not one of them but South Carolinas speaker pro tem Tommy Pope has been trying to get similar legislation passed there for the last three years.

"The argument is you’re going to open Pandora's box but just because it’s going to be difficult, we shouldn’t pass over it, "Pope said.

At a mediation with the city just last week, Webster said the city switched gears and agreed to terms. The city council still has to approve the payment.

When we asked for a response, CMPD referred us to the city, but a city spokesperson told us they could not comment until the city council officially voted on the agreement.