Long spent 44 years in prison before he was released and ultimately pardoned. 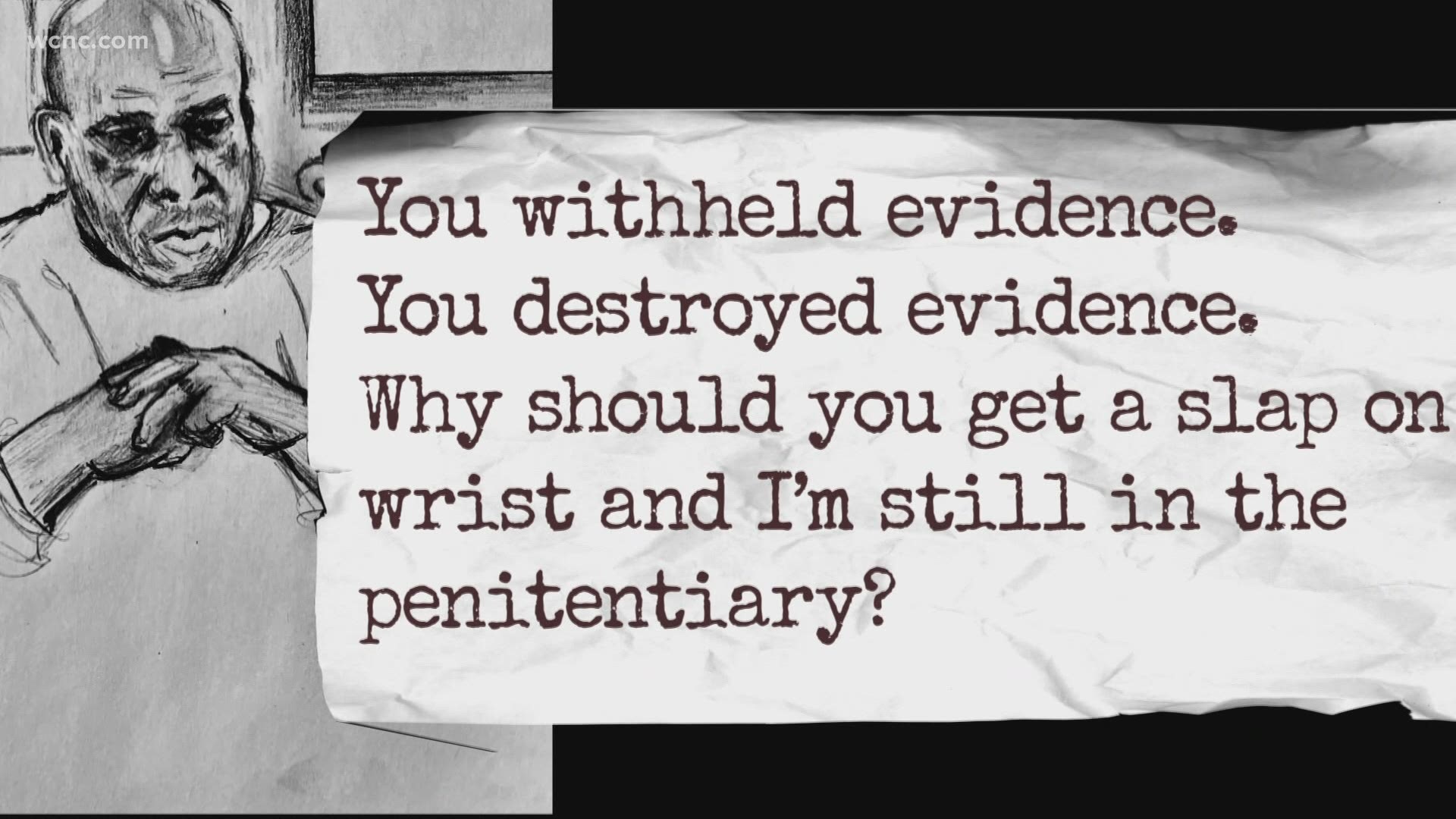 CONCORD, N.C. — Ronnie Long, the Concord man who was exonerated last year after serving 44 years in prison for a crime he didn’t commit, is suing the city of Concord, the detectives who worked his original case, and the city’s current and former police chiefs, WCNC Charlotte's Michelle Boudin learned Monday.

The 88-page lawsuit alleges the action of the defendants in the suit wrongfully convicted Long and then knowingly kept him in prison despite evidence that showed he was innocent.

The suit claims the detectives on the case decided to target Long even though he did not match the description of the suspect provided by the victim. The officers had a history of animosity towards the Long family and hassled him in the past, according to the filing.

BREAKING: Ronnie long has filed a civil suit against the city of concord and the detectives that worked his case. Reading the 88 page suit now. More to come @wcnc

The suit alleges the Concord Police Department "investigators systematically suppressed every bit of evidence which showed there was no link between Long and the victim or the crime scene.”

The department's current former police chiefs are also named in the suit.

Both the City of Concord and their current police chief, Gary Gacek, said they could not comment on a pending lawsuit.

WCNC Charlotte is working to make contact with those named in the lawsuit to request comments from those individuals.

Ronnie Long was just 21 years old when an all-white jury in Concord convicted him for a rape he always insisted he didn’t commit.

Decades after his trial, his attorneys discovered the Concord Police Department hid evidence in the case that ruled him out as a suspect — officers even lied on the witness stand.

Last August the courts ruled Ronnie Long had been wrongfully convicted and he was freed 44 years after he was sent to prison. In December, North Carolina Governor Roy Cooper pardoned Long making way for the 65-year-old to get compensation from the state. He received $750,000 last month.

RELATED: Ronnie Long says $750,000 is not enough after spending 44 years in prison for a crime he didn't commit

"North Carolina intentionally put me in the penitentiary and you tell me $750,000 is worth 44 years of my life?" Long previously told WCNC Charlotte.

The amount Long received is based on a North Carolina state statute outlining the state will pay someone who was wrongfully convicted $50,000 a year for their time in prison. The amount is capped at $750,000. That means Long got nothing for more than two-thirds of the time he was behind bars.

"That cap is completely inadequate when you can consider people losing so much time in their lives," Jamie Lau, the supervising attorney for the Duke Law Wrongful Convictions Clinic and Long's criminal attorney, told WCNC Charlotte last month.