In a 3-2 vote, Mecklenburg County voted to certify its 2020 election results, but not without pushback from Republicans on the elections board. 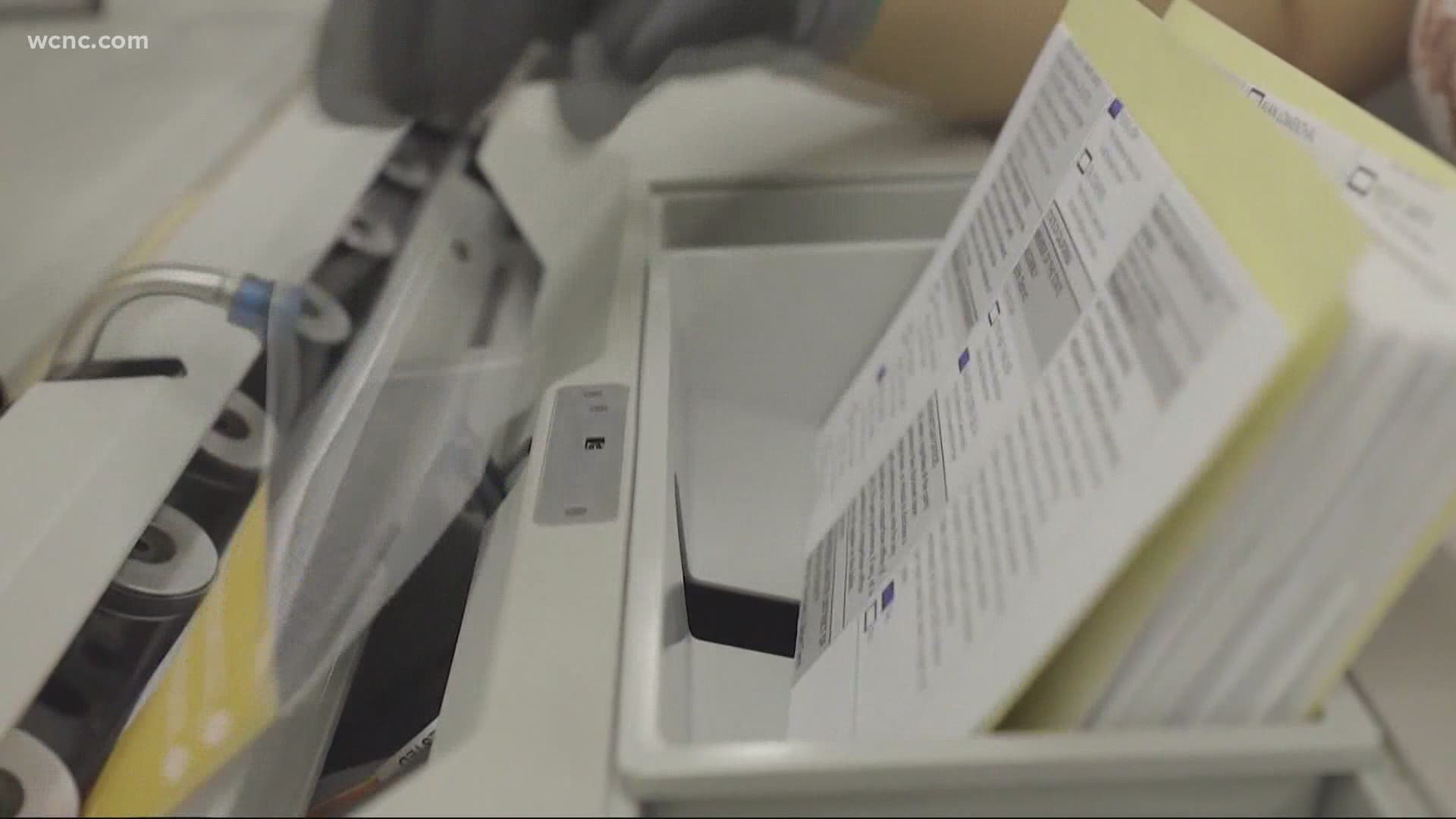 MECKLENBURG COUNTY, N.C. — On the same day President Donald Trump was projected to win the state of North Carolina, the Mecklenburg County Board of Elections certified the results of the 2020 election, but not without some controversy.

The results of the election were certified by election boards across North Carolina, but in Mecklenburg County, it wasn't a unanimous decision. The board voted 3-2 to certify, with the two Republican board members voting no.

Mary Potter Summa, who has been on the Mecklenburg County Board of Elections for 11 years, was one of those no votes. Potter Summa said this is the first time she hasn't certified the results of an election. Her reasoning wasn't because of something the county did wrong, but because she feels some of the new rules handed down by the state weren't legal.

RELATED: Where the lawsuits stand in Trump's presidential election challenge

"This is the first time that we have received directives from the State Board of Elections that were in clear violation of the law,” Potter Summa said.

The biggest bone of contention? North Carolina's decision to accept absentee ballots in the mail as late as Thursday, Nov. 12, as long as they were postmarked by Nov. 3, Election Day. The Supreme Court upheld the state's new rule despite appeals from Republicans, including President Trump's campaign.

“They didn’t want any vote counted past the three days that is in the state statute,” said John Gresham, a Democrat on the board.

Gresham said the votes were counted because the State Board of Elections Director Karen Brinson bell allowed ballots to come in until Nov. 12. This move was made because of the pandemic.

"When those things that the state board had done were challenged by the Republicans, the courts had rebuffed those challenges,” Gresham said.

Potter Summa also disagreed with their ability to track ballots that didn’t have a postmark.

"The state directives said we could ballot track, that’s not in the statute,” Potter Summa said.

"They were people who it was found who had indeed put their ballot in the mail before or on Election Day,” Gresham said.

Gresham also pointed to the extension of helping votes that were stuck in a delayed postal system.

"We looked at votes on Thursday that were postmarked in October that did not arrive here until the seventh or eighth," Gresham said. "Is there some reason that voter's vote shouldn’t count?”

“We have counted all those ballots, which I think is in violation of the law,” Potter Summa said.

She said they were also allowed to count ballots that didn't have the witness's name and address on it, which she did not approve of. Still, the results were certified and are now headed to Raleigh, where the state board will meet later this month to certify results from every county in North Carolina.