Last month, dozens of current and former students gathered outside the school demanding change after years of what they claim are cover-ups of on-campus assaults. 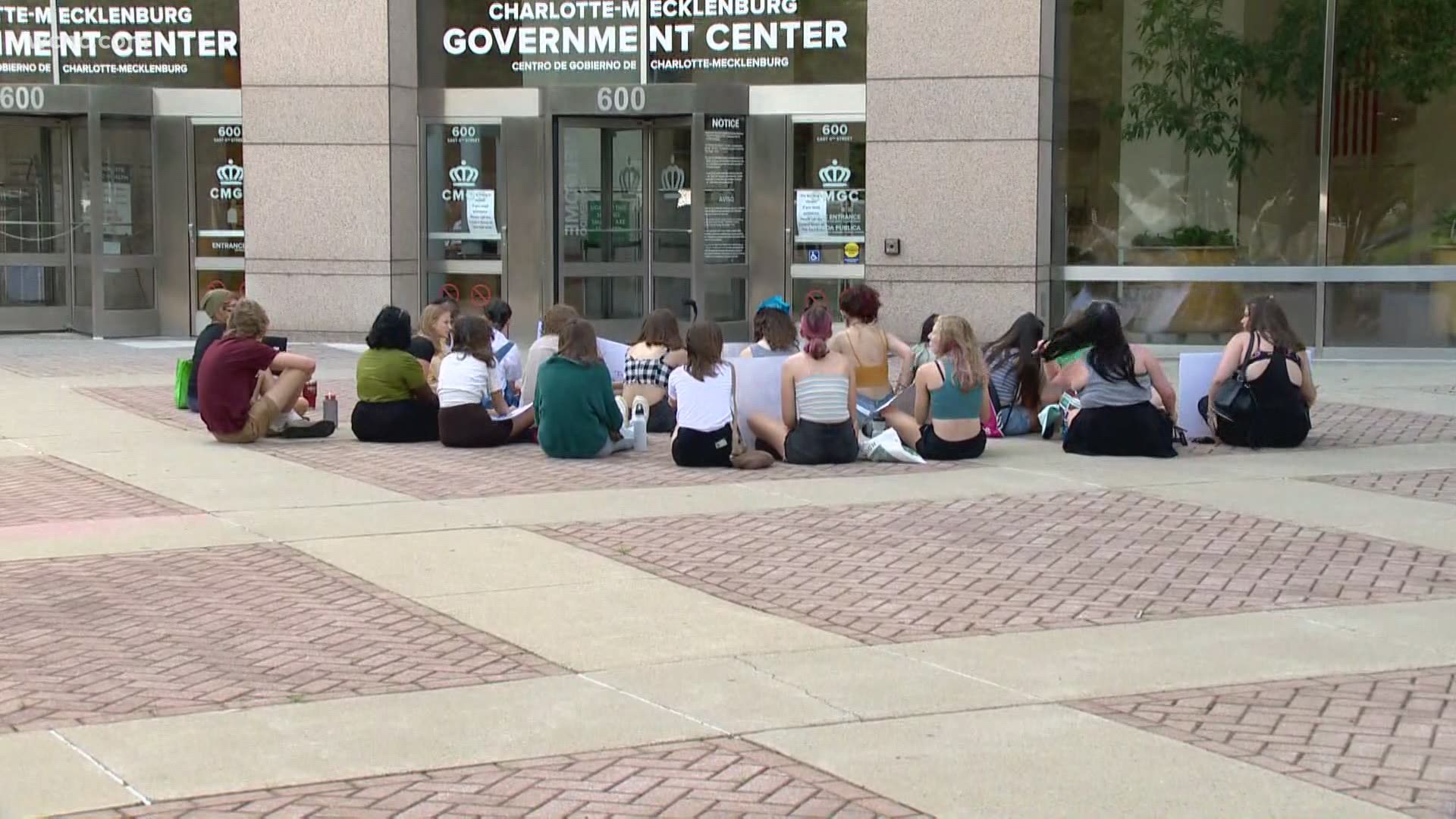 CHARLOTTE, N.C. — Parents and students from Myers Park High School planned a protest outside the Charlotte-Mecklenburg Schools Board of Education meeting Tuesday in Uptown Charlotte, demanding accountability from officials over reported sexual assaults at the school.

Last month, dozens of current and former Myers Park students gathered outside the school demanding change after years of what they claim are cover-ups of on-campus sexual assaults.

“I do not feel safe at Myers Park,” said Lily Russell-Pinson, a rising senior at the high school. “I have at least five friends that have told me, ‘I’ve been assaulted.' 'I’ve been harassed.' 'I’ve been groped at Myers Park.' To the point where I don’t want to walk alone.”

Among them, Nikki Wombwell, a former student at Myers Park High who said she was raped in the woods outside of the school in 2014. She was 15 at the time of the incident. Now 22, Wombwell was known as “Jill Roe” in a lawsuit filed against CMS and Myers Park leadership, as well as the school resource officer, and the former police chief, claiming the school leadership swept the crime under the rug.

“What happened to me was not an isolated incident,” Wombwell said. “It was a symptom of a system that seeks to put its own reputation above the well-being of its students."

WCNC Charlotte reached out to CMS Tuesday for comment about the status of Myers Park's principal following the demonstrations and allegations. The district provided the following statement:

"The recommendation to renew Principal Bosco's employment contract should have been included in the recommendation that went to the board for approval on 7/13. Due to an administrative oversight resulting from Mr. Bosco being designated as on leave in our Human Resources information systems, his file was not identified for inclusion into tonight's recommendations for approval. His contract will be recommended for board approval at the next regular board meeting.

Mr. Bosco was not recommended for non-renewal at any time. Had that been the case, notice of non-renewal would have been provided no later than May 1, and board approved by June 1, pursuant to statutory requirements."

RELATED: Thousands of at-risk CMS students missing out on the chance to catch up