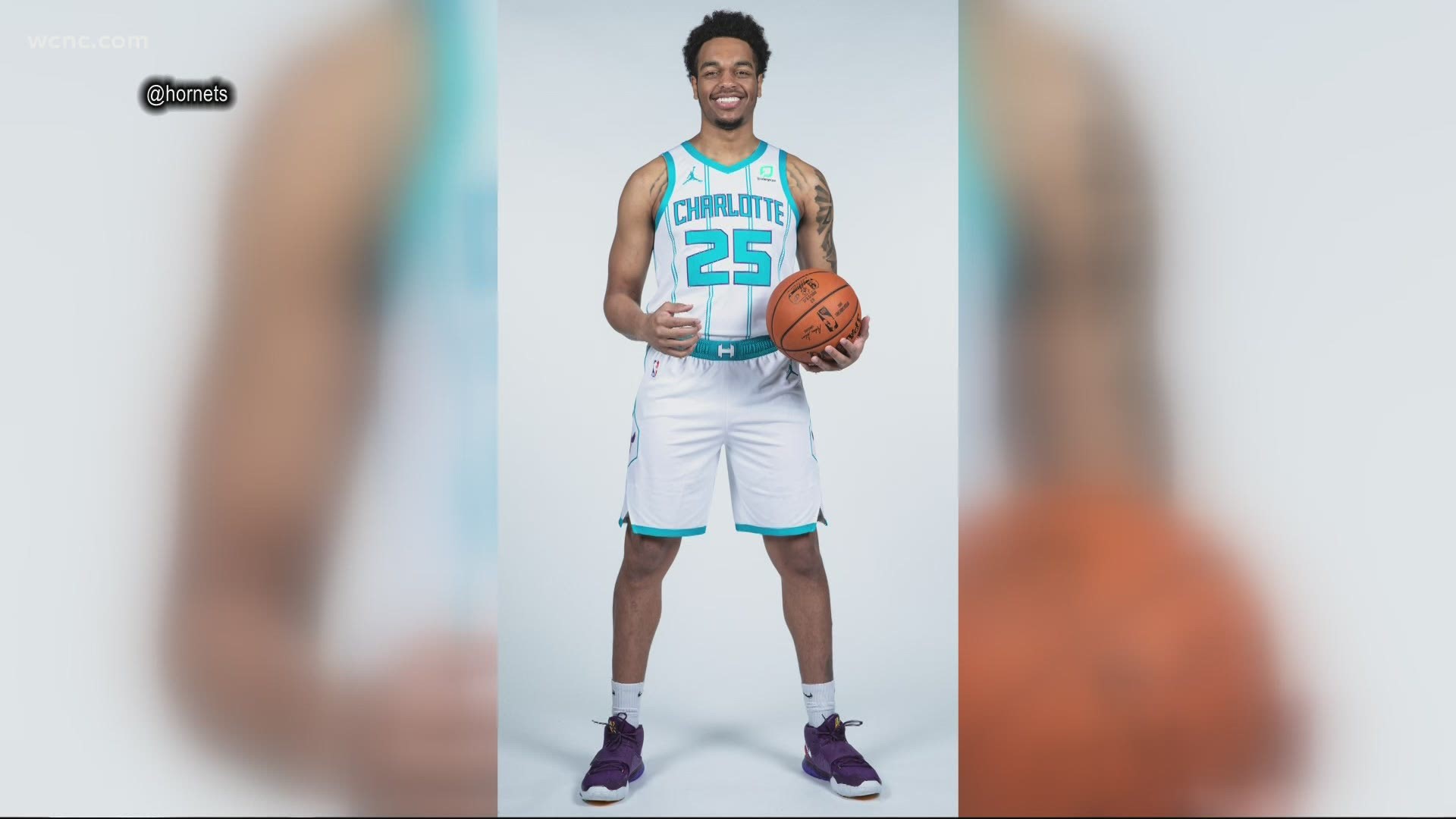 CHARLOTTE, N.C. — The Charlotte Hornets will be rocking a new look for the 2020-21 season, as the team revealed the franchise's new primary uniforms, inspired by the Hornets' uniform lineage.

They will be available for purchase beginning October 1.

The uniforms feature a white home look, and teal away look, with double pinstripes, reminiscent of the team's 1997-2002 look.

"It’s a modern but relevant take on our storied basketball tradition," said Seth Bennett, the team's Senior VP of Consumer Engagement, "but it speaks to our future."

It is the first time since 2014 that the team has redesigned its primary uniforms.

The team has a total of four uniform editions for the season and is working on a new City Edition uniform, according to Bennett.

The reveal was originally scheduled to take place last week, but the Hornets postponed it because of the NBA player strike and call for social justice changes.

“As things evolved last week it was very obvious to us that was not the appropriate time to celebrate these uniforms," Bennett said. "We wanted to take the time to let the conversation be focused on what it needed to be at that time.”