Will Kemba Walker re-sign with the Hornets? Here's what he said

If Wednesday night's game vs Orlando really was it for Kemba Walker, he went out with a bang, scoring 43 points for the Hornets. 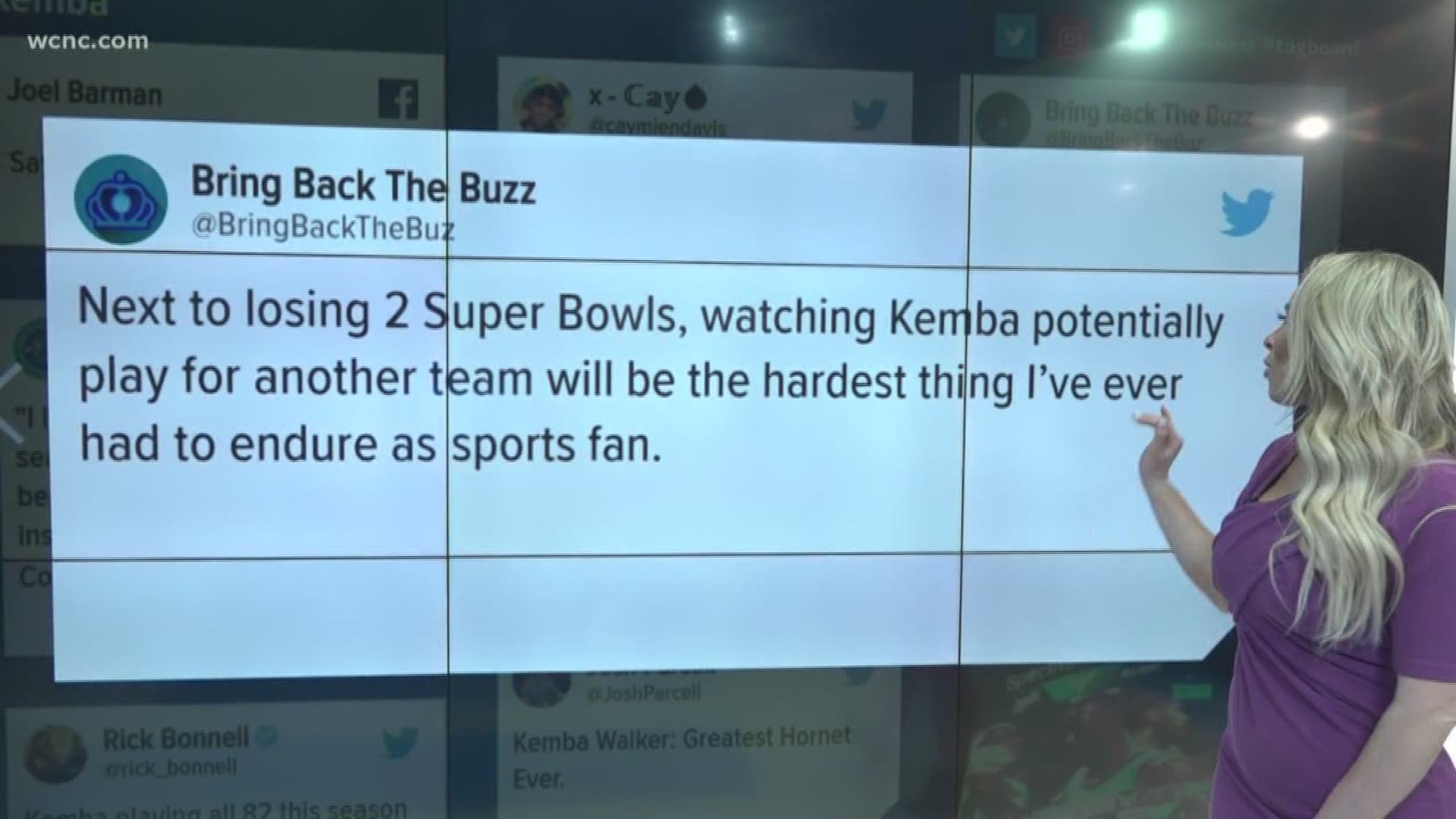 CHARLOTTE, N.C. — If that was it, Kemba Walker went out with a bang.

The three-time NBA All-Star put up 43 points and five assists on 25 shots in a 122-114 loss in the Charlotte Hornets' regular season finale Wednesday night. The loss eliminated Charlotte from playoff contention, but even with a win the Hornets would be out thanks to Detroit's victory over the New York Knicks.

For the first time in his eight-year career, Walker will be a free agent. His impressive resume means Walker will have options in the offseason, so there's no guarantee he comes back to the Queen City for the 2019-20 season and beyond.

After the game, Walker told reporters he wasn't sure what he'll do, saying he wants to meet with his family and his agent.

"I'm not sure yet. I don't know, I've got time to start thinking about that stuff," Walker said. "When the time comes, it comes. I've never been a free agent, I don't know what to expect. I just don't know."

Walker finished the season with seven 40-point games, putting him third behind former NBA MVPs James Harden and Steph Curry and has more than 12,000 points in his career. Earlier this season, Walker passed Hornets legend Dell Curry as the franchise's all-time leading scorer.

"MVP!" chants rained down on Walker as he left the court with a little over a minute to play in Wednesday's game. Hornets fans are fully aware that they might've seen the last of Walker on the home team.