At least 30 people were rescued from rising floodwaters at the Hiddenite Family Campground in Alexander County Thursday when heavy rains drenched the Carolinas. 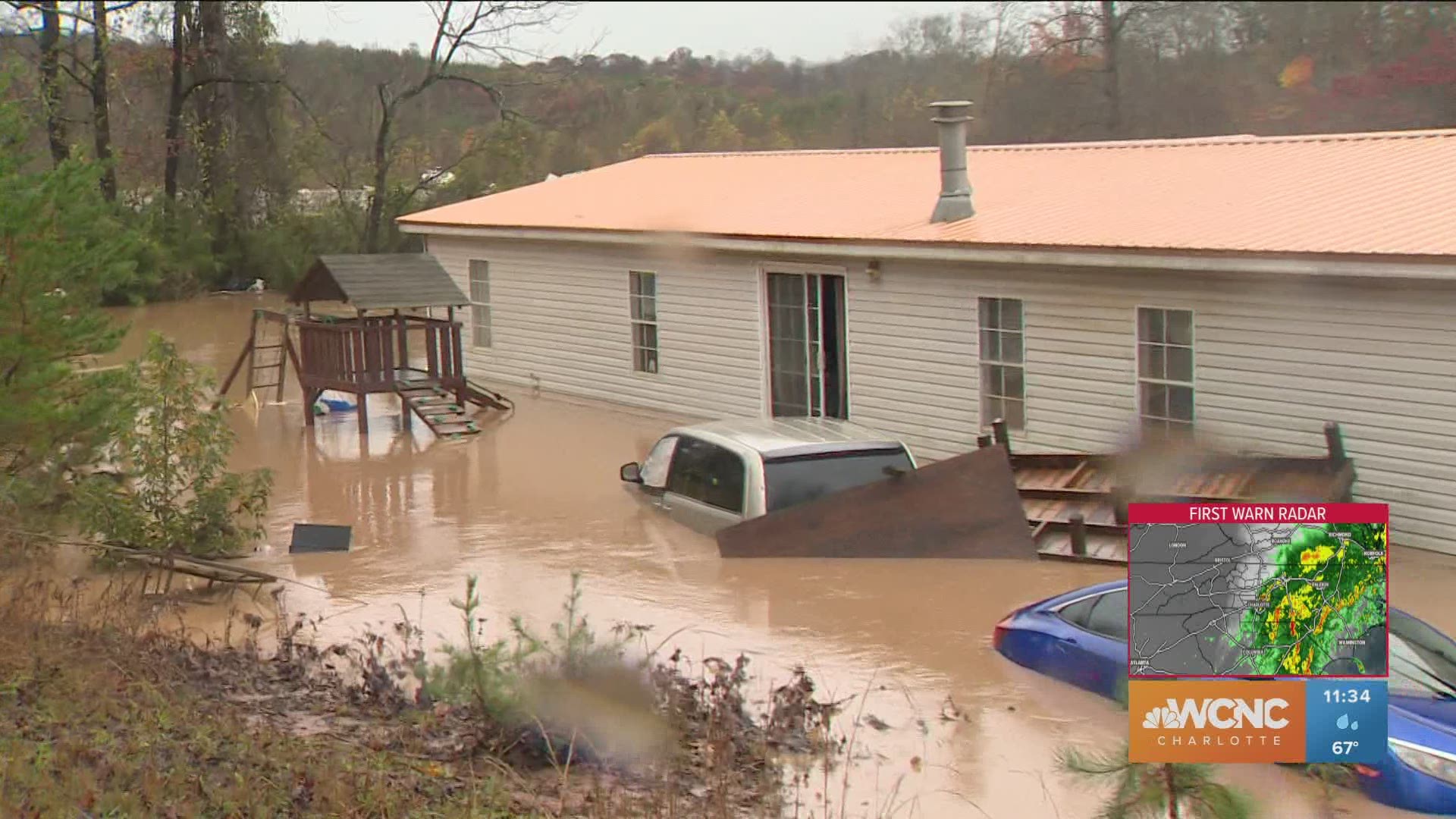 ALEXANDER COUNTY, N.C. — More than 30 people were rescued from rising floodwaters at the Hiddenite Family Campground in Alexander County, North Carolina Thursday due to heavy rains that drenched the Carolinas.

Alexander County, which is about 60 miles northwest of uptown Charlotte, experienced torrential rainfall as heavy showers and thunderstorms moved across the region Thursday morning. The Conover Fire Department said emergency crews began responding to calls of trapped campers around 6 a.m. Initial reports indicated a group of 15-20 people were in need of rescue, but that number quickly grew as crews assessed the situation.

Floodwaters rose to the tops of several houses and fully submerged multiple vehicles. Mooresville Fire and Rescue was also called to the scene. The rain had stopped by about 12 p.m. and waters started to recede.

Over 20 search and rescue crews are still at the campground searching for any people who may still be trapped.

A Flash Flood Warning means that flooding is imminent or occurring.
If you are in the warned area move to higher ground immediately.

Download the WCNC Charlotte mobile app for the latest breaking news and severe weather alerts in your area.

Widespread flooding was reported in surrounding counties including Catawba and Burke Counties where State of Emergencies were issued Thursday morning.