The gracious gift is helping many families afford hundreds of dollars worth of Christmas gifts after a financially difficult year. 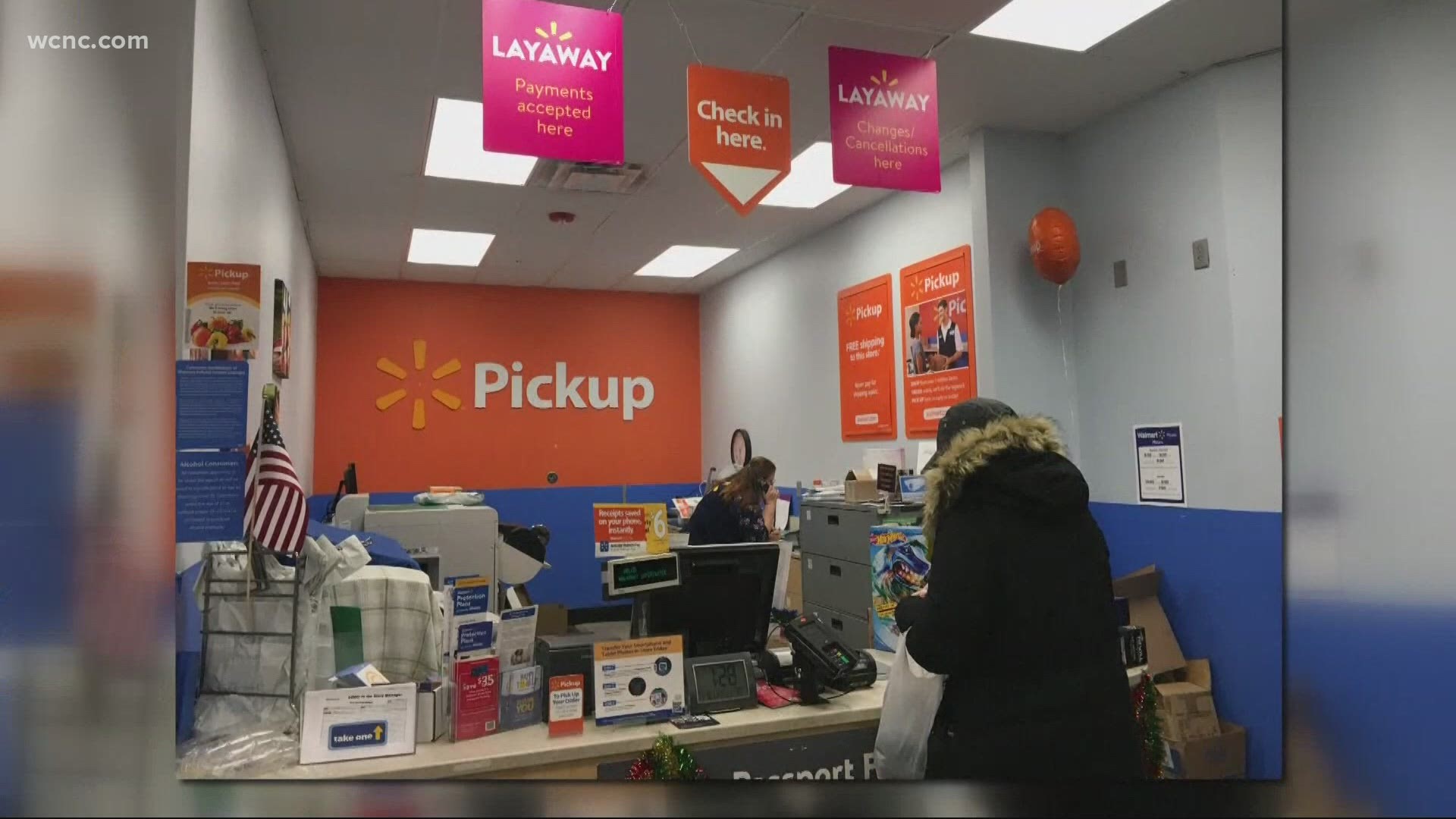 CHARLOTTE, N.C. — It’s the gift that keeps on giving after an stranger decided to pay off everyone’s layaway items at the Charlotte Walmart on North Tryon Street.

Earlier this week, customers say they received an unexpected alert about their layaway items. It happened right around the deadline when shoppers are expected to pay at least 10% of the balance due. Instead, many learned there was no longer a balance.

“It said my balance due was zero so of course I’m thinking what’s going on,” customer Macy Fields said. “She came back to the phone and said, 'ma’am, everything is paid all you have to do is come pick it up.'”

Most customers say this act of kindness gives them an extreme sigh of relief knowing they no longer have to deal with the hassle of trying to afford holiday shopping this year.

RELATED: North Carolina ranked in the top 5 for Christmas spirit

“A lot of people rather it’s young kids or adults are going to have a very merry Christmas because of this nice gesture from this individual,” Rashad Smalls said. “I will always be grateful even if I don’t find out who did it for everybody.”

Smalls says he can now gift his two sons with a brand new TV, video games, and educational toys. Fields said she had at least $450 worth of gifts in layaway for her three daughters that is no longer a burden to pay off.

“They are Santa for us this year they really are,” Fields said. “I feel so blessed. I have nothing but the utmost love and gratitude and  if I could give that person the biggest hug in the world I would.”

RELATED: A Charlotte non-profit slammed with donations this holiday season is in need of a warehouse

She adds this gracious gift from the secret Santa is now motivating her to pay it forward as well.

“The money that this has saved me I’m going to try and to do nice for someone else.”

Walmart has not officially announced the total cost of the layaway pay off. Customers are told they can pick up their paid for layaway items at the Wal-Mart at 7735 N Tryon St, Charlotte, NC 28262 on Saturday.