Monday's council vote on the 2040 plan was a close one following many heated debates. 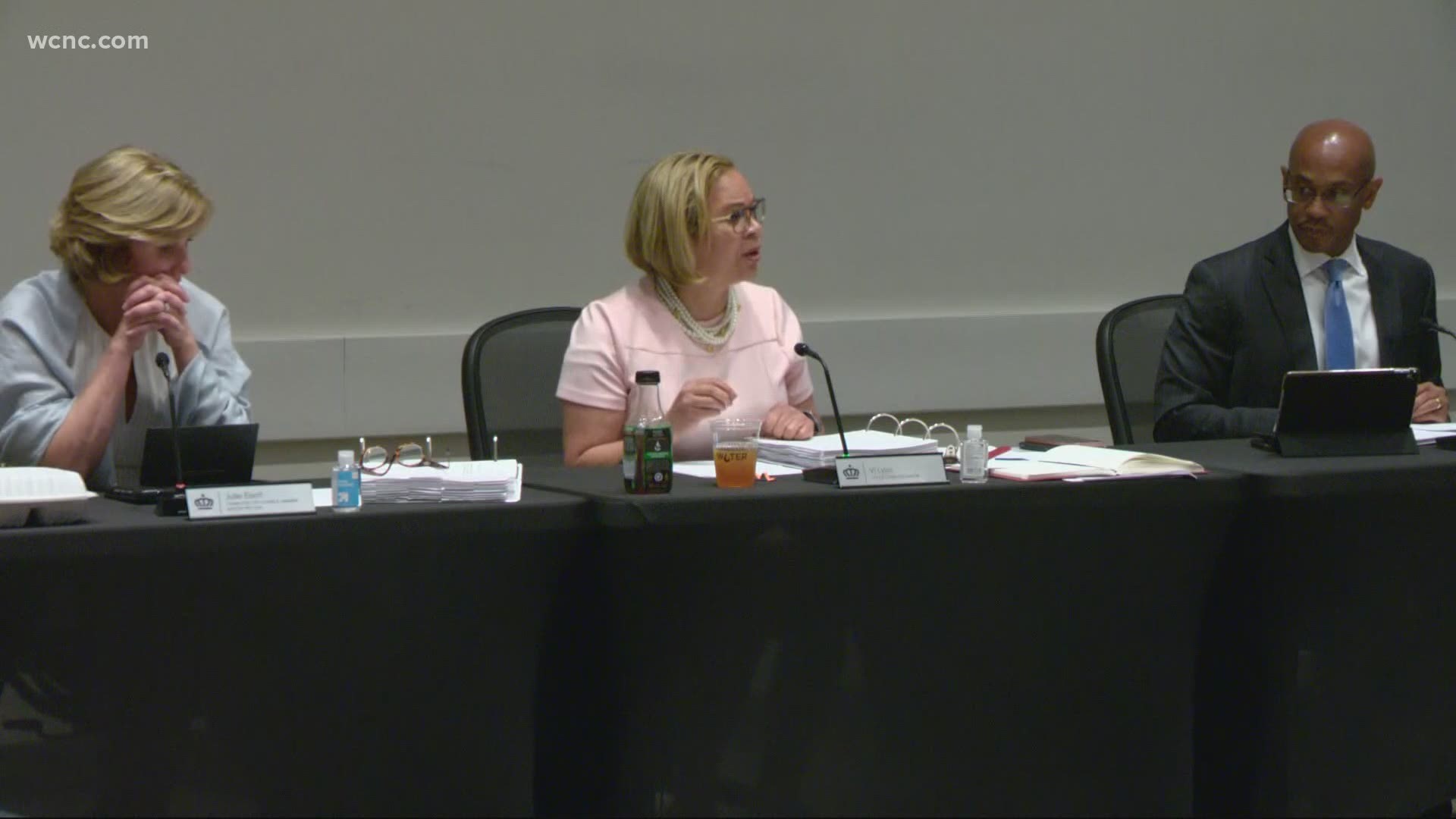 CHARLOTTE, N.C. — After months of debate and controversy, it all comes down to this, as Charlotte City Council voted to approve Charlotte's 2040 development plan Monday.

The vote was expected to be close, and lived up to the expectation: six councilmembers voted to approve it, and five voted against it.

"I'll be the first to say, it's not perfect a perfect plan but it moves us forward," Graham said before the vote on Monday.

"Our city is changing and growing rapidly. No matter what we do or don't do, we will continue to change and we need more housing of all types, in all parts of town, for all people," Eiselt said.

"I'm sorry," Bokhari said as he apologized to the people of Charlotte. "I tried so hard, I fought so hard and I truly believe in my heart that this is one of the most dangerous threats to the future of affordability of housing in Charlotte."

The 2040 plan incorporated input from thousands of Charlotte residents collected during the past three years at events and forums held throughout the city.

However, Johnson, Bokhari and others who voted against it said the city didn't incorporate enough community input from all sides.

Assistant City Manager Taiwo Jaiyeoba, who's been the face of the plan for years, applauded its approval.

"Equity is good business," Jaiyeoba said. "This is a win for our city. and frankly speaking, it's not the end of the story."

The 2040 plan will make every neighborhood a 10-minute neighborhood. This means all essential goods and services like grocery stores, health care clinics, banks and schools would be less than a 10-minute walk, bike ride or transit ride away.

The plan also aims to increase diversity and inclusion in every Charlotte neighborhood by allowing duplexes and triplexes on all lots where single-family housing is allowed.

However, Covenants and neighborhood association rules would still be applied and followed.

This element of the plan has been one of the more controversial ideas, and it's caused a bit of confusion and contention.

"I just am bewildered in not understanding why the planning director continues to fight on something that is so universally accepted on this council, and not controversial by anyone but him," Charlotte City Council member Tariq Bokhari said earlier this month.

"At some point, we have to be allowed to put our own imprint on it," Ed Driggs added. "We can't be working in an environment where we as the elected representatives of the people who have ultimate responsibility for this feel that we are not able to put forward modifications to this plan and just have them implemented."

Monday, prior to the vote on the 2040 plan, a substitute motion was made to approve the plan but delay adopting Section 2.1 until an economic analysis could be made; a vote on that motion ultimately failed 5-6. That motion would have likely delayed the process six to eight weeks.

Goal 1 -  All Charlotte households should have access to essential amenities, goods, and services within a comfortable, tree-shaded 10-minute walk, bike, or transit trip by 2040. Not all neighborhoods are expected to include every essential amenity, good, or service, but every resident should have access within a ½ mile walk or a 2-mile bike or transit trip.

New Policy: 1.6 Integrate emerging technologies and future innovations in planning, policy and infrastructure investment to facilitate delivery of goods and services directly to residents and businesses.

The plan is available online at cltfuture2040.com.

Now that it's been approved, staff and council will start working together to draft the Unified Development Ordinance which will be the nitty-gritty details as to how the plan is put into practice.