Tuesday marked the one-year anniversary of a shooting at a Juneteenth celebration on Beatties Ford Road that killed 4 people and injured 10 others. 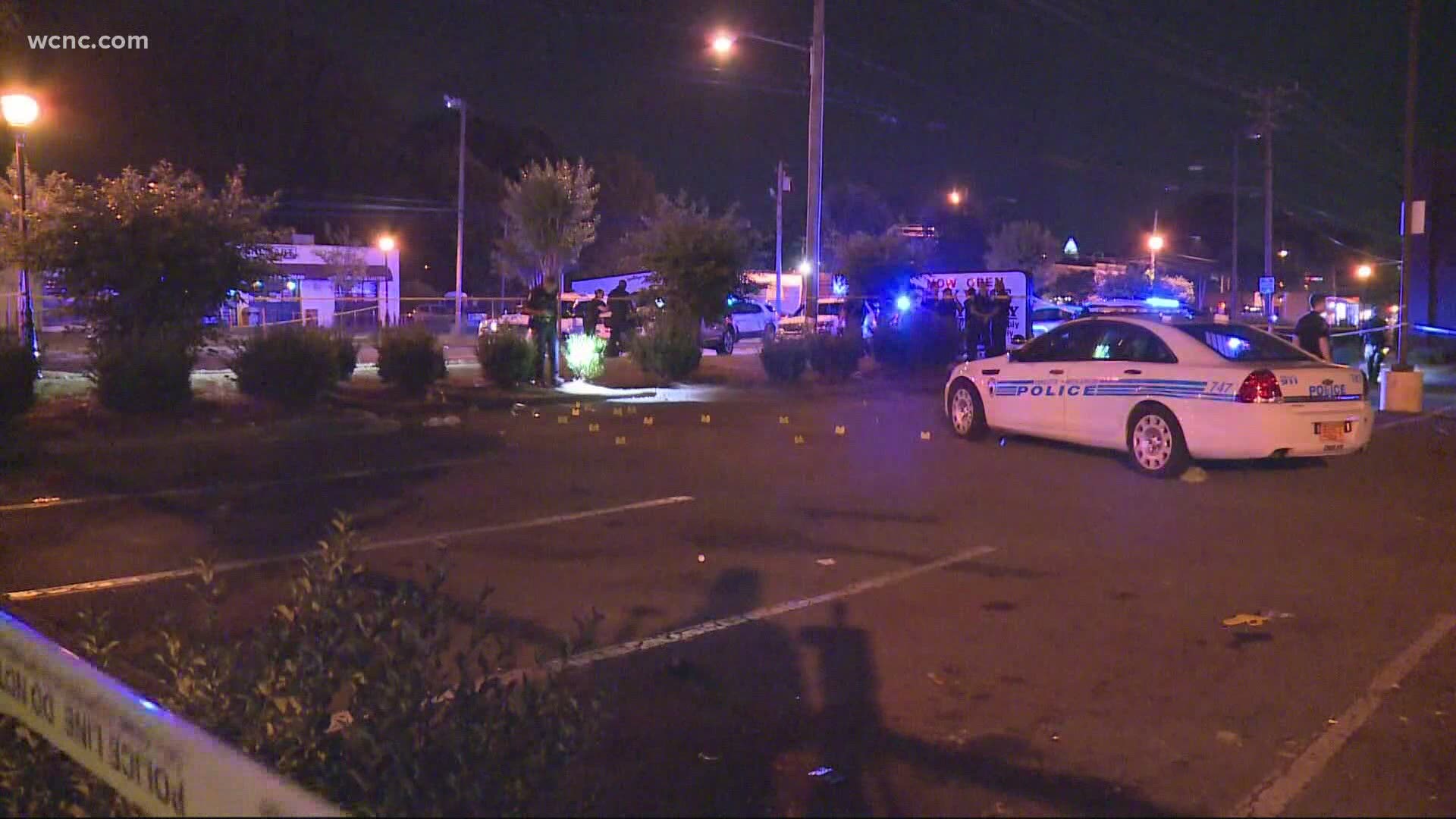 The march, which was organized by the Million Youth March of Charlotte and Salisbury, will honor the lives of Jamaa Cassell, Christopher Gleaton, Kelly Miller and Dairyon Stevenson. The event began with a prayer and a moment of silence at Friendship Missionary Baptist Church followed by a march.

Family members of many of the victims were there who shared how much the community support means to them.

“They haven’t forgotten us and they still stand with us," Tiawana Brown, cousin of Cassell said.

Many of those same grieving family members also desperate for answers.

“We may not know what particular bullet hit our family member, but we just want to know why," Jocelyn Hightower said.

Last November, Charlotte-Mecklenburg Police released a surveillance video that showed multiple shooters open fire before driving away in an SUV. So far, no arrests have been made in connection with the shootout.

Despite thousands of hours of investigation, CMPD said they still don't have enough information to make any arrests. A $22,000 reward has been offered for any information that leads to an arrest.

“I really don’t know why no one has come forward if they know anything or if they’ve heard anything this last year," said Mario Black, founder of Million Youth March of Charlotte and Salisbury.

Black said he hasn’t been the same force in the community since the horrific shooting happened.

“My mental was shaken and broken I would say, it took a while to get to this state," Black said.

Black was on the scene last year as the first of 181 bullets were fired on the street.

“You could hear the gunshots but you couldn’t hear where they were coming from, so all you could do is run duck and try to get to shelter,” Black said.

Black said he was traumatized, and still remembers seeing the victims where they fell.

“I remember standing in the entrance of Food Lion parking lot parallel to the body across the street," Black said. "They were performing CPR, not realizing that was Christopher Gleaton. Across from him on the next corner was another young female victim, and then when you walked down that’s where you saw Kelly Miller."

Black said he wanted to organize Tuesday's march so the victims' families know the community is behind them.

“We care, and we continue to stand with them until justice is served," Black said.

RELATED: 'I lost my only son' CMPD releases new video from the night 25-year-old Tydarrien Ford was murdered

Police said more than 180 shots were fired and forensic evidence linked some of the weapons to other crimes in Charlotte.

"It's still just as senseless to us now as it was the night that it happened," CMPD Deputy Chief Gerald Smith said. "Why did this happen? Why did this occur?"