While the ad tries to send a positive message, for many in Charlotte, it shows images from a tumultuous time. 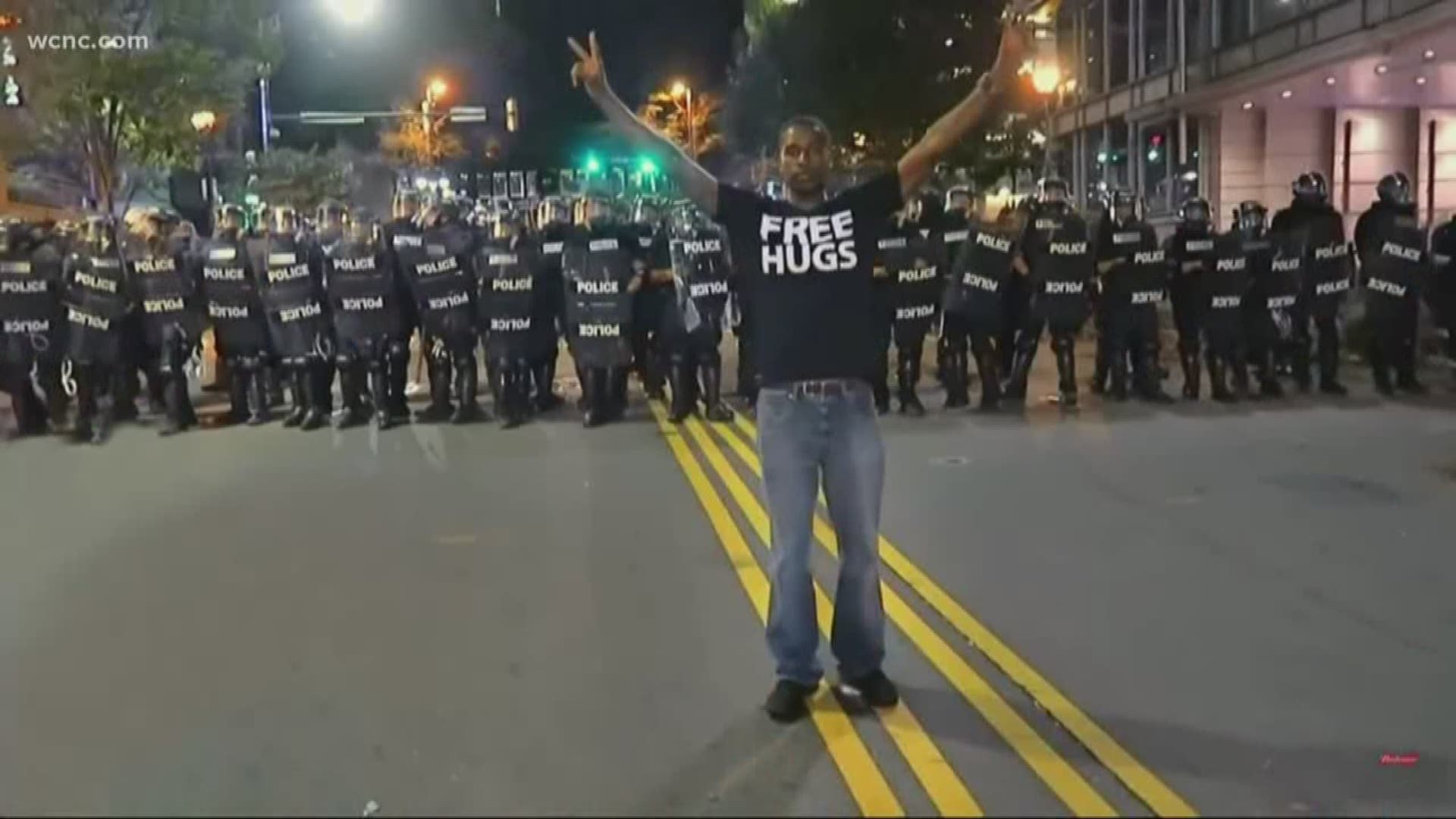 CHARLOTTE, N.C. — The Queen City will make an appearance in a national Budweiser ad scheduled to run during Sunday’s Super Bowl.

Throughout the commercial, the narrator lists common complaints about “typical Americans” while shuffling through different uplifting scenes.

However, when Charlotte appears it shows a painful piece of the city’s history, the 2016 protests.

The ad already has more than 3 million views on YouTube. Millions more will watch it during the Super Bowl.

While the ad tries to send a positive message, for many in Charlotte, it shows images from a tumultuous time.

Anheuser-Busch said the message is to “look beyond the labels. You might be surprised by what you find.”

In the commercial, the narrator is heard describing Americans "yelling and being loud. Just look at them." While he says this, protesters are seen marching, then peace activist Ken Nwadike is seen in a t-shirt reading "FREE HUGS". Nwadike is then seen hugging a police officer.

Charlotte City Councilman Braxton Winston was thrust into the national spotlight during the protests. After watching the ad, Winston said he and others weren’t out in the streets in 2016 to sell beer.

“They’re using that commercial to sell beer on the highest exposure night of the year in the Super Bowl,” Winston said. “That is one of the American ways of doing things. Commercializing struggle. Again, I think it’s in bad taste.”

A spokesperson from Budweiser sent a statement to WCNC Charlotte, saying:

"This Super Bowl, we wanted to remind people of what actually unites us - like the actions of Ken, the founder of the Free Hugs Movement, in this scene from Charlotte. Like all of the vignettes in Typical American, it shows that the American spirit is very present in real-life moments of kindness and courage."