Minor league teams across the country will not play games amid the ongoing COVID-19 coronavirus pandemic. 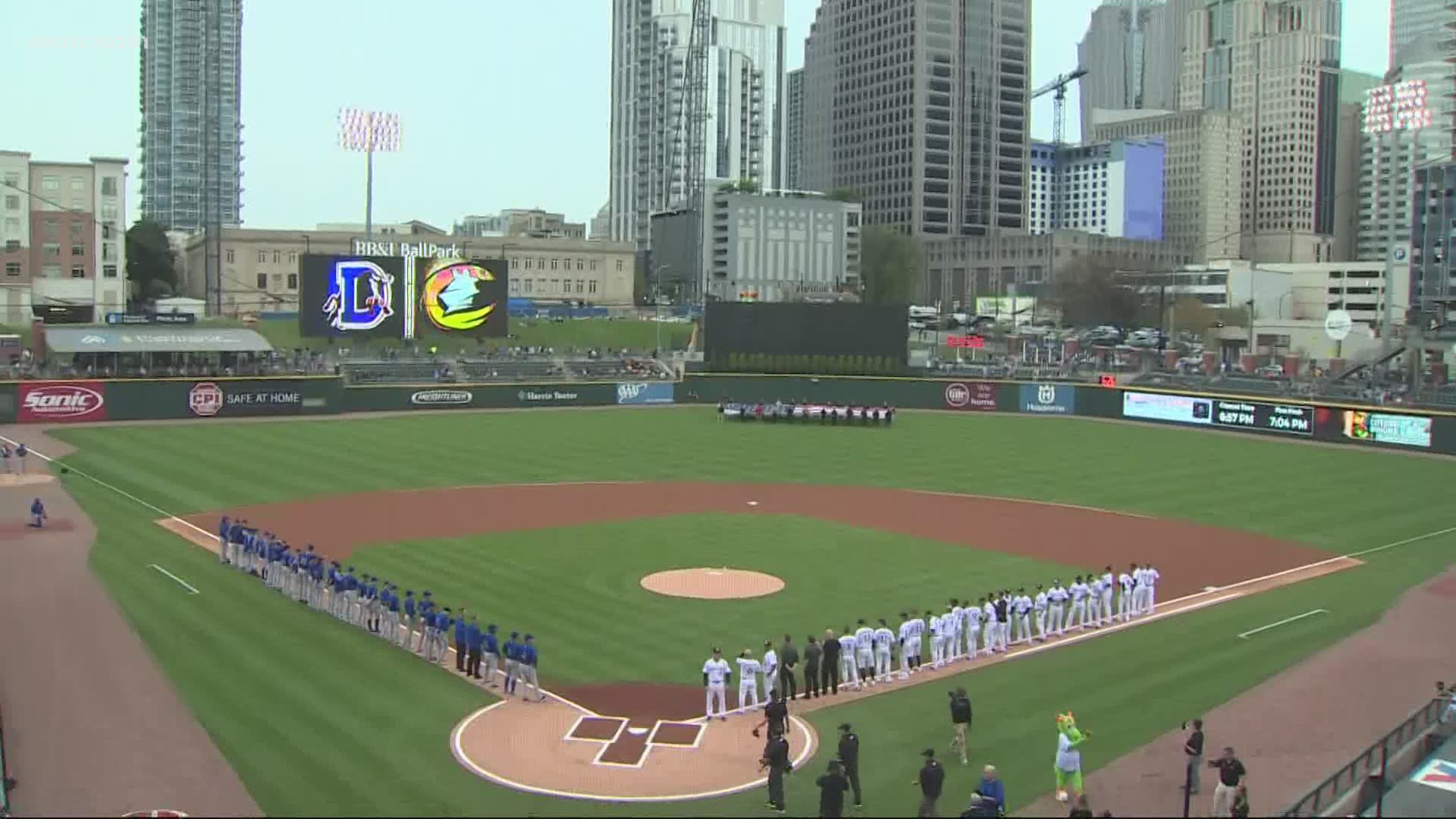 The cancellation effects teams nationwide, including the Charlotte Knights and Kannapolis Cannon Ballers.

"We are extremely disappointed in this result for all of the fans," the Charlotte Knights said in a released statement.

The Charlotte Knights, who have recently begun holding specialty events at their recently renamed Truist Park in uptown Charlotte, also announced Saturday the cancellation of their annual Fourth of July fireworks.

"These are unprecedented times for our country and our organization as this is the first time in our history that we've had a summer without Minor League Baseball played," Minor League Baseball President & CEO Pat O'Conner said in a released statement Tuesday. "While this is a sad day for many, this announcement removes the uncertainty surrounding the 2020 season and allows our teams to begin planning for an exciting 2021 season."

RELATED: Baseball is back! MLB says players will report to camps July 1

In Kannapolis, Atrium Health Ballpark has been opened to the public from 7:30 a.m. to 8 p.m.

"While we won't have Minor League players this season, we are determined to host baseball in Kannapolis at Atrium Health Ballpark this year consistent with health and safety guidance," Kannapolis Cannon Ballers team owner Andy Sandler said in a statement.

The Hickory Crawdads said in a tweet Tuesday the team is "disappointed" but is working toward an "incrawdible 2021 season."

Anyone with questions about their Hickory Crawdads tickets is urged to call 828-322-3000.