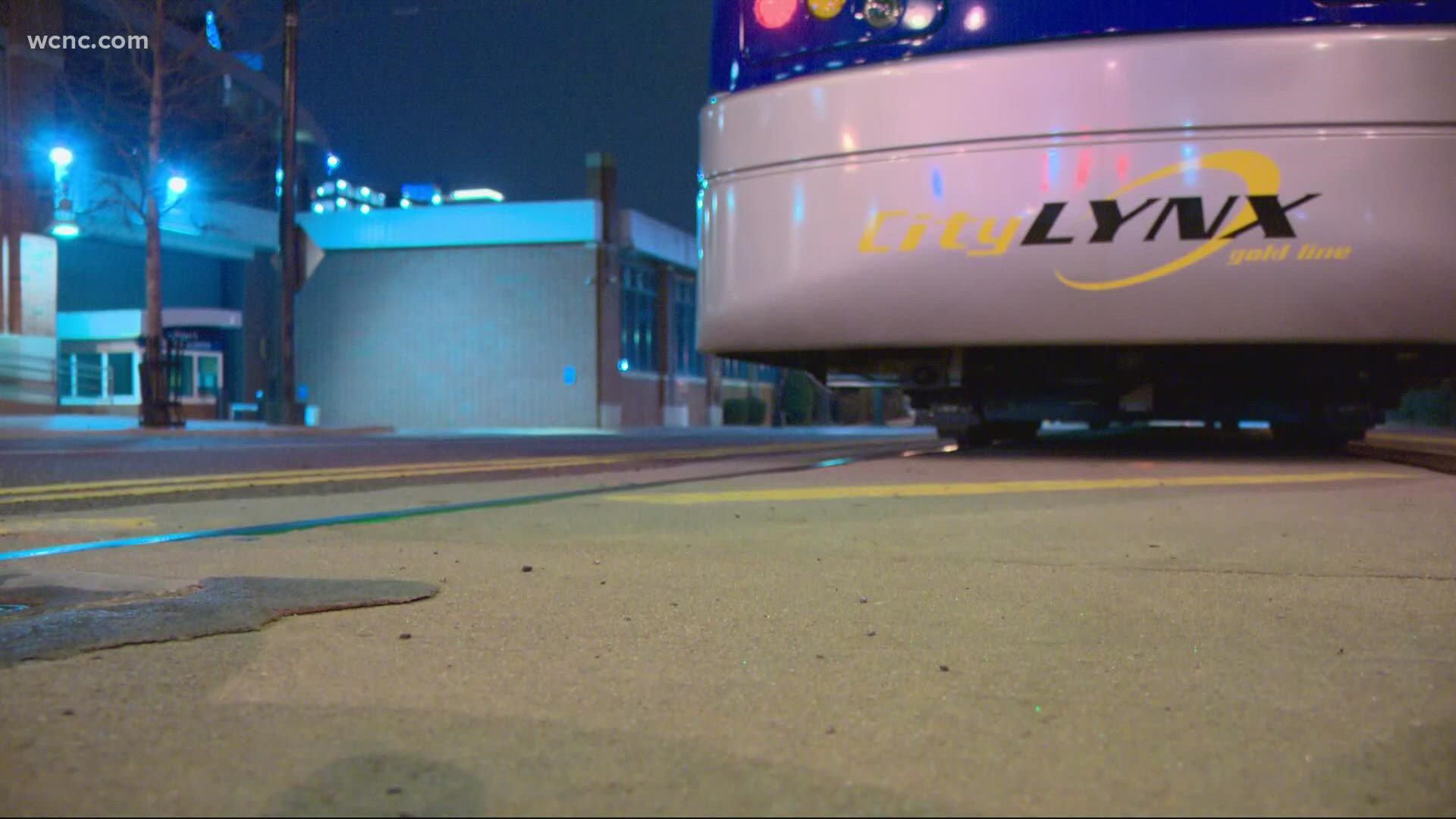 The streetcar line, which last operated streetcars in June of 2019 and has operated buses in the interim, has now been expanded an additional 2.5 miles to run from Charlotte's Historic West End to the Elizabeth neighborhood.

"It's been 50 plus years or more where Beatties Ford Road has remained the same or kind of deteriorated," Charlotte resident Ronald Ross said. "Everyone's really excited about the changes coming."

When the line opened as the city's second rail-based passenger line in 2015, it ran 1.5 miles along East Trade and Elizabeth Avenue from the Charlotte Transit Center near Spectrum Arena through Central Piedmont Community College to Hawthorne Avenue outside Novant Presbyterian Hospital. The newly expanded line continues the line east over Indepnednece Expressway and onto Central Avenue via the Hawthorne Lane Bridge, which experienced lengthy construction delays.

On the west side, the line now continues beyond the Charlotte Transit Center, through uptown Charlotte, and along Trade Street into Historic West End. While the existing stop at the Charlotte Transit Center provides access to the city's bus lines and LYNX Blue Line light rail, a new stop at the city's forthcoming Gateway Center will provide future access to Amtrak and Greyhound bus. Gateway Center, which is under construction adjacent to Truist Ballpark near the existing location for Greyhound bus, will relocate Amtrak service from its current station north of uptown Charlotte on North Tryon Street.

The Gold Line is also intended to one day give access to the LYNX Silver Line, a proposed passenger rail route linking Matthews and Charlotte Douglas International Airport - and possibly Belmont - via Uptown Charlotte.

A third and final phase of the Gold Line, which will soon enter a design phase, would run 10 miles and expand service to the community transit centers in Eastland in the east and Rosa Parks Place in the west.

Like its previous service runs, passengers can ride the Gold Line for free until January 2022, when fares will be collected. The cost to ride the Gold Line will be the same as the Blue Line or bus: a fare of $2.20. Riders will be able to use fare transfers on the streetcar between the local transit options in accordance with the existing CATS transfer policy.

CATS has replaced the previous Gomaco replica streetcars with S70 Siemens modern streetcar vehicles that closely resemble existing vehicles on the Blue Line. The new cars will allow the streetcar to operate without overhead wires through the streets of Uptown Charlotte.

It's an exciting time for the future at CATS as we take steps toward the latest in streetcar technology. On June 3, the...

CityLYNX Gold Line service operates every 20 minutes from 5 a.m. through 2 a.m. every day.