"Threats of school violence will not be tolerated," the school superintendent said in a released statement. 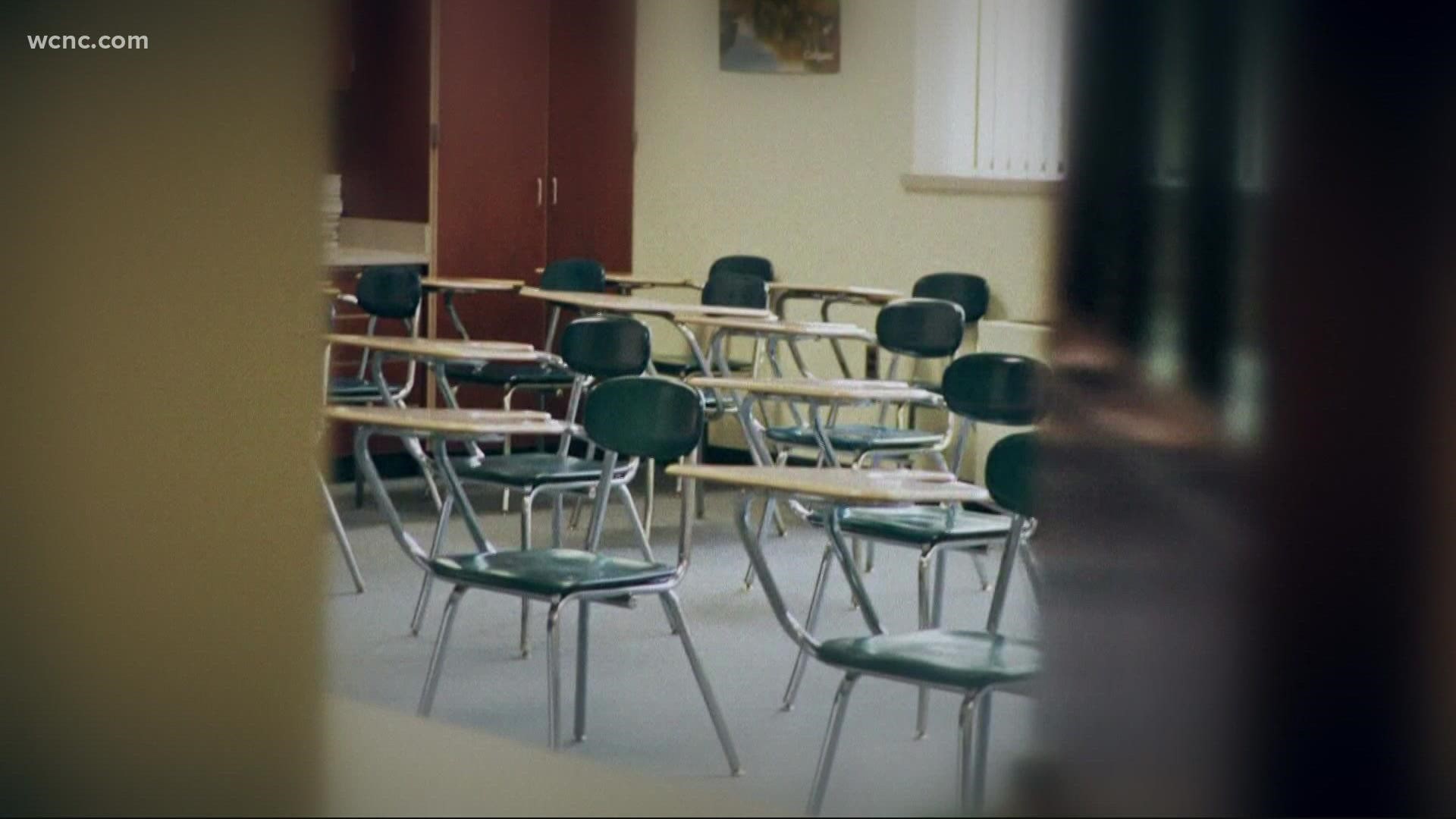 TROUTMAN, N.C. — A South Iredell High School student has been charged with making a school threat.

The student, who was not publicly identified, was charged with one felony count of False Report of Mass Violence on Educational Property.

“Threats of school violence will not be tolerated in the Iredell-Statesville Schools,” Superintendent Jeff James said in a released statement Friday. “The safety of our students is our number one priority. Our goal as it relates to campus safety is to work collaboratively with law enforcement to swiftly remove any credible threats. We will address these situations to the fullest extent of the law.”

It was not immediately clear when this threat was made. WCNC Charlotte has followed up with the school district to inquire about more details regarding the incident.

“Due to the quick response of our school resource officer and school administration, we are fortunate that no incident occurred other than a threat,” Lieutenant Darrin Payne, Interim Chief of the Troutman Police Department, said in a statement.  “Our officers promptly addressed the threat in order to keep our schools, students, and staff safe.”

Most recently, a 1-year-old was injured in a shooting where a 19-year-old and 15-year-old, who was also injured, were both arrested.

A 3-year-old was killed in a northwest Charlotte shooting that the Charlotte Mecklenburg Police Department believes is linked to high school students. While three 21-year-olds have been arrested in connection with the crime, CMPD continues to look for additional suspects who may be linked to local high schools.

RELATED: CMPD not ruling out teen suspects in shooting of 3-year-old