He was one of two HVAC technicians shot at a Rock Hill doctor's house by a neighbor and former NFL player. He passed away days later. 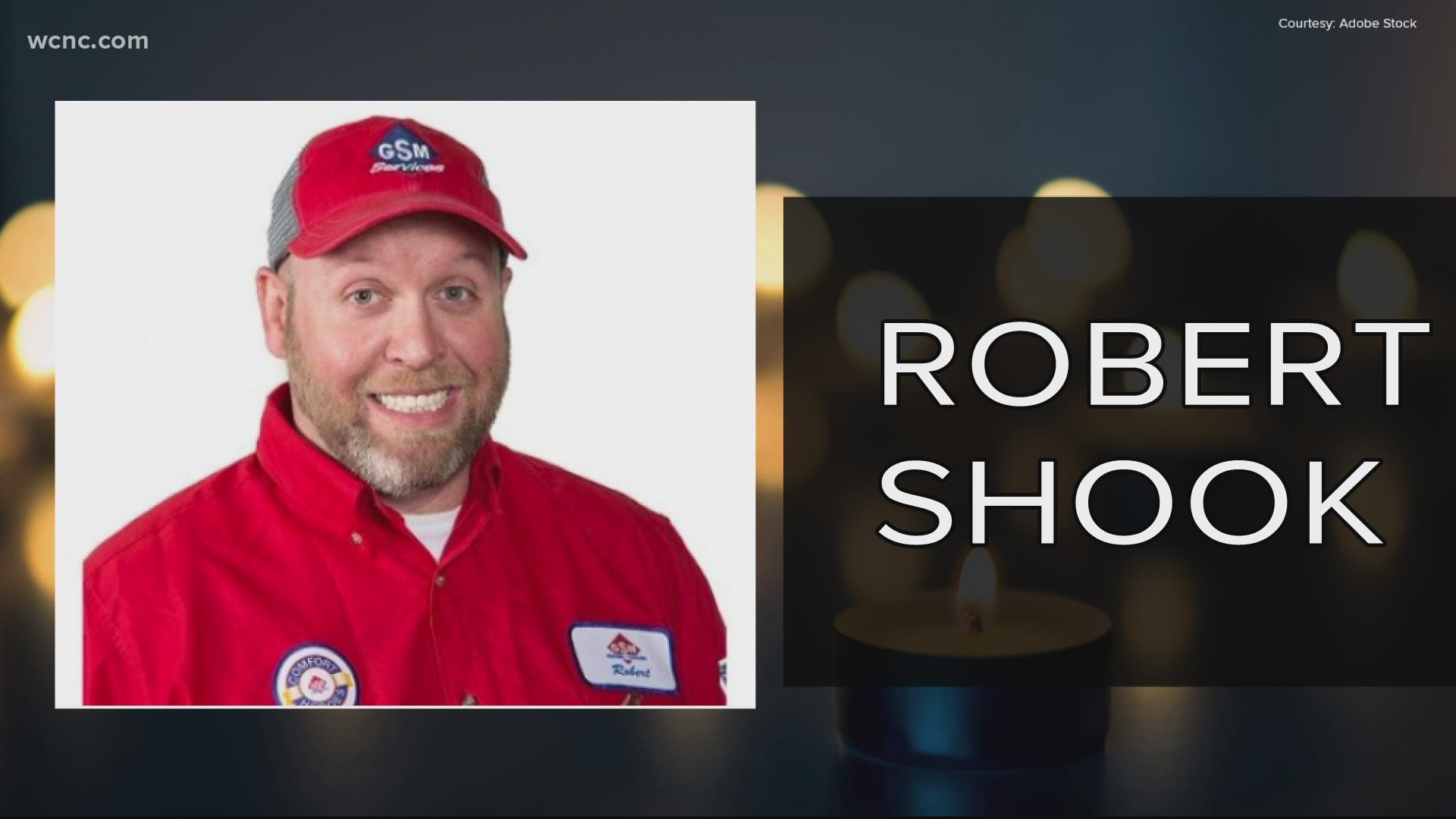 CHERRYVILLE, N.C. — Funeral arrangements for the sixth victim of the Rock Hill shooting have been announced.

Robert Shook, 38, was one of the two HVAC technicians working at the home of Dr. Robert Lesslie when gunfire erupted, shot by a neighbor and former NFL player Phillip Adams. Shook was shot six times, but was able to call his supervisor at GSM Services in Gastonia, who then made the 911 call related to the shooting. Shook was airlifted to a Charlotte hospital and underwent multiple surgeries, but sadly passed away from his injuries on April 10.

York County deputies provided an update on April 16 that offered new information on Shook's role in the initial investigation. In their report, deputies say Shook not only made the call to his supervisor but was able to talk to them on the scene outside and tell them what had happened. He told deputies Adams had appeared from the woods surrounding Lesslie's home and fired into it. He was also able to tell them there were more victims inside and that Adams had left the way he had approached.

Shook's obituary was shared online by the Stamey-Cherryville Funeral Home. A visitation will be held in the afternoon on Saturday, April 17 at a private residence. Shook's celebration of life will be held on Sunday, April 18 at 3 p.m. at the First Baptist Church of Cherryville, with a private burial to follow.

HELP THE FAMILIES: GSM Services is hosting an online fundraiser

Shook is remembered as a dedicated husband and father who loved cooking and carp fishing, along with his job at GSM Services. His family specifically thanked the first responders and hospital trauma unit staff for their care for him.

He is survived by his mother, wife, two sons, a daughter, his brother, grandfather, two uncles, and other members of his extended family.

Shook's co-worker, James Lewis, was among the five victims who tragically passed away the day of the shooting on April 7. Lewis was laid to rest on April 15, which saw GSM Services coworkers attend in uniform. The other victims included Dr. Lesslie, his wife Barbara, and their two grandsons Adah and Noah.