Will it snow? Brad reveals his 2021-22 winter weather forecast

In his annual forecast, Brad examines just how cold and snowy the 2021-22 winter could be in the Carolinas. 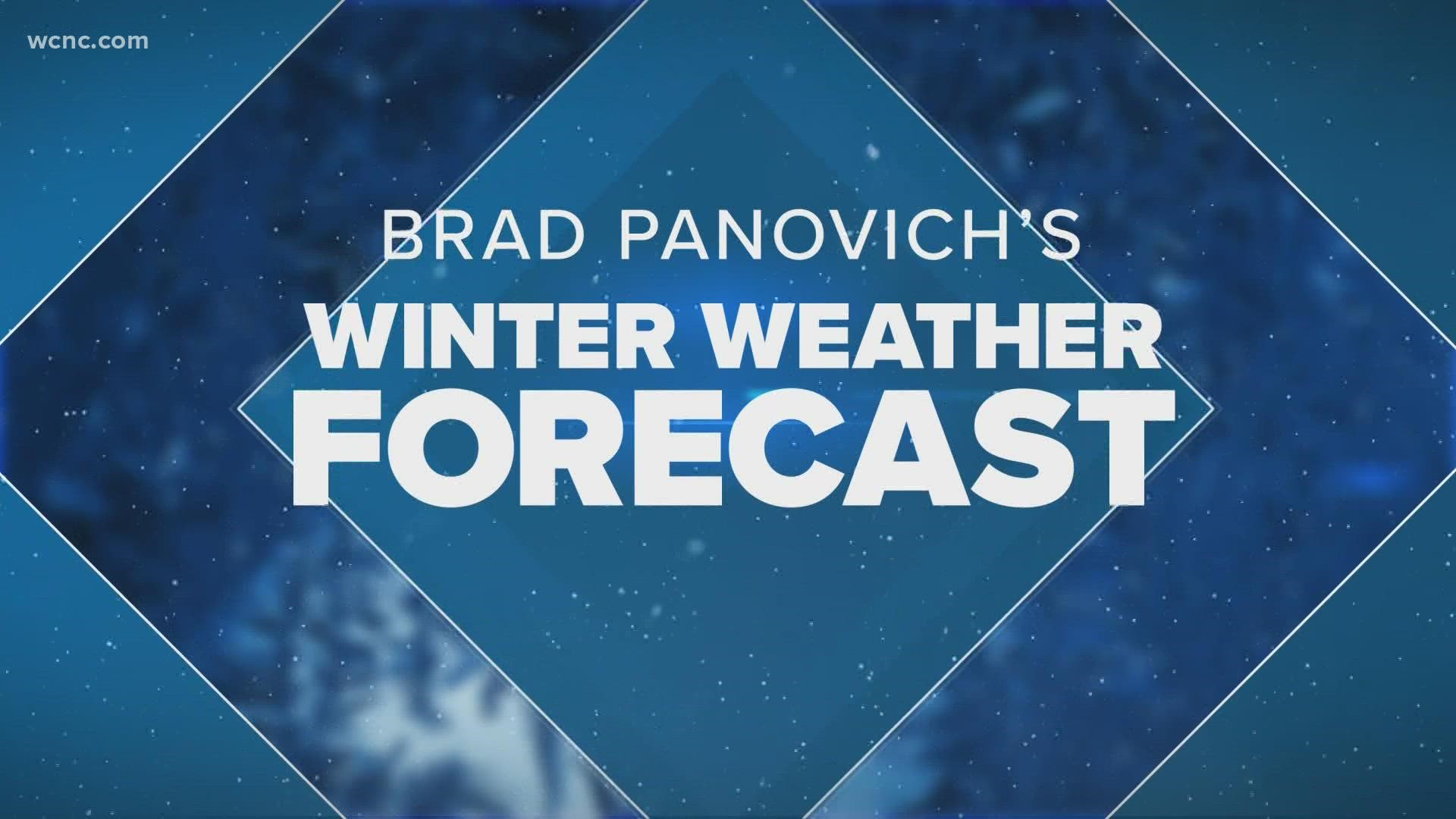 Brad's forecast provides insight and analysis into whether North Carolina and South Carolina should expect snow, and if so, how much. He also examined the impact of climate change on expected temperature ranges.

I've been doing an annual winter forecast now for the past 18 years and the forecast has been accurate around 70% of the time including last winter. Seasonal forecasts are by their nature harder than day-to-day weather at times, but also easier when you are only trying to forecast above and below average for the season. The forecast is becoming harder with a warming climate mainly because even though we are getting less snow. That means just one big storm over the winter now can put us above average for snowfall even if the rest of the winter is warm and dry. So here we go.....

For the second consecutive season, we have a La Nina in effect. Which is a cooling of the equatorial pacific waters which normally creates a warm and dry winter for the Carolinas. This double-dip La Nina is actually looking stronger than last season but it could end up very close to last year again. The only odd thing about last winter was it rained more than usual for a La Nina winter but it was very warm and only had 0.3" of snow the whole winter.

The impact of La Nina is really clear when you look at the impacts it has on our annual snowfall. Combine that with the recent warming of our climate there has been a clear trend downward in our snowfall in the winter month. The current 30 years average which was just updated for this past year for the period of 1991-2020 saw our snowfall average drop from 4.3" per season down to 3.5" per snow season.

It might seem obvious that in a warming climate that it would be just warmer with less snow. That is mostly true but one of the odd side effects of a warming Arctic with less sea ice is that it can cause wild swings in both temperatures and precipitation for short periods of time. This is due to a high amplitude jetstream which not only can cause huge ridges of warm and dry weather it can also cause short-term cold and stormy snaps. This is why you can never write off that for a week or two at some point over the two and half months of the typical winter season we could see winter storms and cold. So while the winter overall could be warmer than average there could still be a few weeks of cold and snow.

The lack of arctic sea ice plays a huge role in the wild swings we see in the winter. Think about last year's crazy arctic blast in Texas while it was actually mild here locally. This could happen over us this year or we could stay on the mild side again, which is why this is a wild card in the forecast.

I expect a mild and dry winter with the highest confidence in being a warmer than average winter again. I do expect below-average snowfall but with the average snowfall now just 3.5" it would only take one significant storm the entire winter to force that above average, even when the rest is warm and dry. This year for fun I put some totals out for Boone, Hickory and Charlotte compared to average. One last thing about La Nina winters is that sometimes they end with severe weather risks in February and March. Which is something to be weather aware of as we get closer to Spring. Be sure to check out the long version where I discuss more in-depth the forecast on our Weather IQ YouTube channel.

This marks Brad's 18th annual winter forecast for the Carolinas.

As is a recent tradition, his official forecast is always preceded by his satirical forecast on Twitter:

My 18th Annual Winter Forecast for the Carolinas will be out next week, but here's my annual honest take a week early. :-) #wcnc #cltwx #ncwx #scwx pic.twitter.com/L8NTgTreeD

Brad has been forecasting the Carolinas at WCNC Charlotte since 2003.

Brad Panovich, and the entire team of WCNC Charlotte forecasters including Larry Sprinkle, Chris Mulcahy, Brittany Van Vorhees, and KJ Jacobs can also be found on WCNC Charlotte's "Weather IQ" YouTube channel, your home for weather education in the Carolinas. 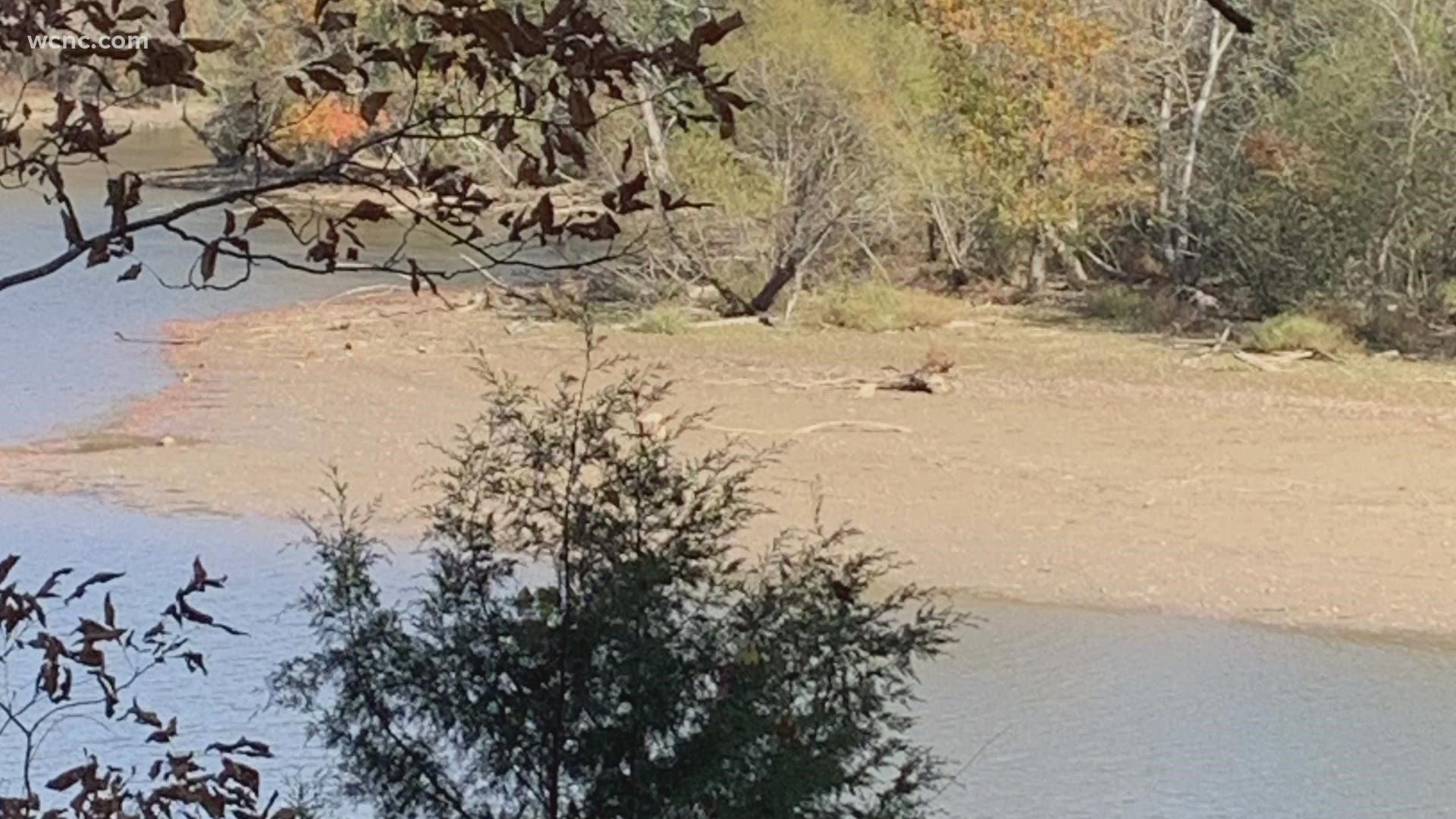